Patent reform could well be on its way. Last week the US House passed the “Innovation Act”, a bill that would make it harder to win overly broad patents and force claimants to present more detailed evidence when suing for infringement. That bill awaits the Senate. This week, it was revealed that former Google top patent lawyer Michelle Lee is to lead the US Patent and Trademark Office starting in about a month.

Lee is currently the head of the Silicon Valley office of the USPTO. She has held that post since Jun. 2012, the month she left Google.

Lee’s new job will begin Jan. 13, 2014. The New York Times reports her as saying “she would work to improve the quality of patents being approved” by the USPTO. The implication here is that she would operate in the same spirit as the Innovation Act, curtailing the acceptance of overly broad patents.

If Lee’s actions turn out to follow her stated intentions, this new post of hers could signal an improving patent atmosphere in the tech world. The industry is rife with frivolous lawsuits over “innovations” that shouldn’t be counted as such. Just check out SlashGear’s patent suit portal for a taste of what we mean. Hunker down; there’s plenty to read there.

But how does patent law affect the consumer? In every way possible. Tech companies great and small spend major resources on patenting everything they can possibly patent, to protect themselves from frivolous suits. In turn, the companies realize that if they don’t hit back they’ll be seen as weak, so they devote resources to filing frivolous tech suits themselves. It’s a drain on the entire industry’s resources. It drives up the cost of tech products on-the-ground and steals life from genuine research and development. The epic patent war is also daunting to newcomers who may have real, actual innovations to bring to consumers. The implications defy the imagination. (Don’t say “flying cars”, self, don’t say “flying cars”.)

Lee also said the USPTO should work faster on whittling down its backlog of 600,000 outstanding patents going back for years. 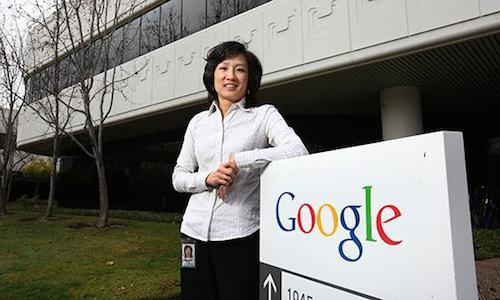 An argument could be made that as Google’s former top patent lawyer Lee should be considered a biased leader for the USPTO, and that her sentiments for former colleagues may render her a de facto Google mole. Lee herself was probably involved in some spirited patent trolling of her own on Google’s behalf. You may speculate on Lee’s motives to your heart’s content. But the fact remains she is probably the most qualified candidate on the planet to help bring an eventual cool-down to the tech patent wars. Her year-and-a-half of experience as head of the Silicon Valley office on the USPTO side of the equation should all but clinch certainty that she understands the game.

Lee will hold court as deputy director until a new director is found following the departure of the USPTO’s previous two heads. We’re hoping Lee does right by the tech world. And if she does, we’re hoping her post is made permanent.