Smartphone cameras have come a long way in a relatively short period of time, progressing from sub-1-megapixel sensors incapable of taking images in anything but the brightest locations to modern sensors that are challenging the point-and-shoot camera market. Earlier today, a patent filing from Google cropped up showing a multi-flash camera model for smartphones, an intriguing idea that may never see the light of day.

Despite the improvements in mobile phone cameras, inadequate lighting is still a common issue and one of the reasons photographs end up dim and grainy. Google’s patent filing would seem to be a partial solution to that issue with multiple flash lights on a phone. Depending on the external lighting situation, one flash or multiple flashes would be utilized by the phone. 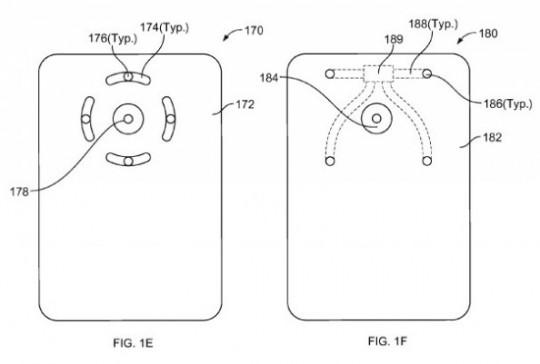 One of the sketches gives us a good idea of what Google is up to, showing multiple flash bulbs that can be re-positioned via tracking in the back of the phone. Another image shows a different design with the flashes stationary. The flashes that are mobile are nestled in different designs, with one being circular in nature and the other resembling the π symbol.

Not only would multiple flashes increase the overall lighting, but it would also provide better lighting in individual environments and help eliminate shadows by adjusting which lights go off. Another use indicated for the multi-flashes is HDR photography, with the flashes being used to simulate different exposures, which would then be stitched together. Of course, as with all patents, this might never come to fruition, but it is an interesting concept nonetheless.