Google Now has been updated to make airline notifications more useful, with the contextual engine now able to figure out not only when your next flight will leave, but when you need to leave to make it to the airport in time. The enhancement to the Android version of Google Now also adds more customization options to what the company describes as the “time-to-leave” system, letting users set where they’re leaving from and by what method they’ll be traveling.

Previously, the Google Now airport card would pull out any upcoming flights in the user’s calendar, but only show the details of the trip itself. That included which terminal it was leaving from, the specific gate, and if there were any expected delays, along with duration and flight code. 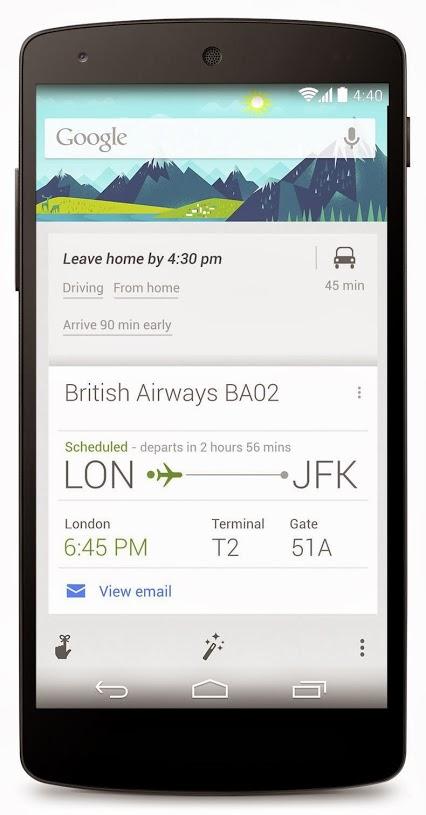 However, unlike other calendar entries which would also prompt a “It’s time to leave if you want to make this appointment” warning through Now, airline cards would not.

The new version allows for point of origin to be specified and whether the journey will be made by public transport or by car. It also allows how early you want to arrive to be set, useful for those happy to cut things close to departure, or conversely those who like to leave plenty of padding just in case.