Today we’re taking a peek at the newest in Google Home and Google Assistant hardware with a leaked smart speaker. This device is likely the successor to the original Google Home speaker, now likely headed for a Google release with new “Nest” branding onboard. The abilities of this device are not known in full, but what we can see and read give us a pretty good idea of what we’re going to get.

The Google Nest Home – as it might well be called – looks a bit like a pillow. It’s approximately the size of a small purse, or a clutch, and it rolls with a single 30W DC power supply. This hardware will likely be released in several different colors, but here it’s shown in standard white/gray.

Recently certified by the FCC, here is our first look at GXCA6, the new @Google Nest Speaker, replacing the original Google Home. 😁 pic.twitter.com/Ltp1quPFqc

The power supply indicates that the device will not be independently powered – or will not be able to function without having an actively plugged-in power cord. This isn’t the sort of device you’ll use if you want to carry Google Assistant around with you on-the-go.

Around most of the device is a soft textured material with three spots of interest. One is the G for Google, a simple logo mark. Another is a hole – for the power adapter. There’s a mute switch (aka a microphone stopper), and a power button on the side… or the top. It’s an oddly oriented device, to be sure. 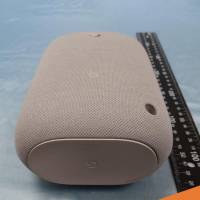 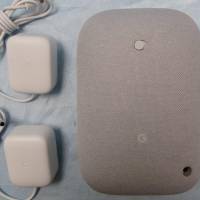 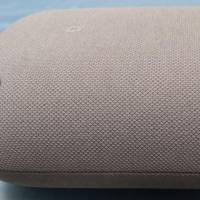 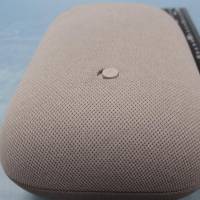 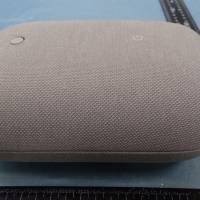 This information and imagery comes from Tele Soumu (Japan) regulatory service. That’s sort of like the FCC, but it seems a WHOLE LOT more willing to post lots of photos of the devices it tests for the public.

Take a peek at the timeline below for additional information on the original Google Home device, and cross your fingers for a much more versatile device in this (likely Nest-branded) device. Google will likely release this device soon – we shall see!