Android is finally getting its own version of Apple’s AirDrop, with Google rolling out Nearby Share from today. Compatible with Android 6.0+ devices, Nearby Share promises much smoother file, link, and content exchanges between phones and tablets, just as long as the two devices are in fairly close proximity.

It looks set to bring to an end annoyances like having to email files to yourself because you can’t get them off one Android smartphone to another, upload images to something like Google Photos and then instantly download them again elsewhere, or mess with patchy Bluetooth links just to swap a link. Instead, Nearby Share picks the best possible wireless protocol itself, depending on the sort of file you’re transferring.

That might be Bluetooth or Bluetooth Low Energy, or it could be WebRTC, NFC, or peer-to-peer WiFi, Google’s Daniel Marcos Schwaycer, Android product manager, explains. It’ll all be transparent to the users involved, though. All they’ll need to do is open up the Android share sheet menu and they’ll see Nearby Share compatible devices around them. 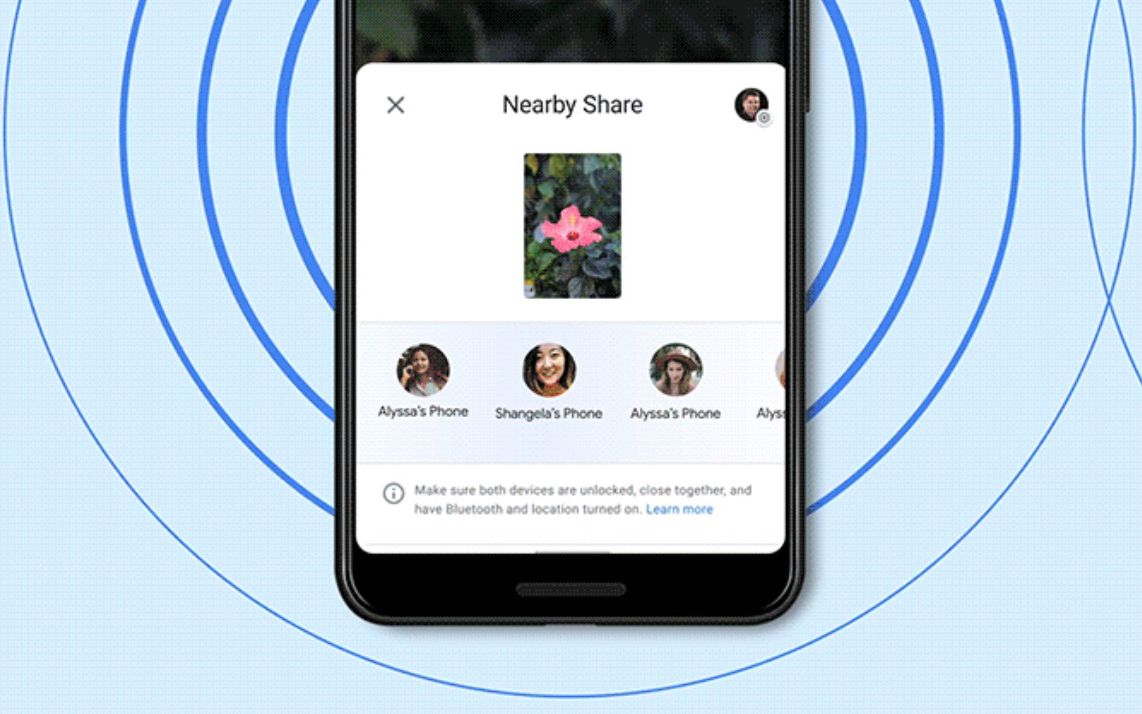 As you’d hope, there are some safeguards so that people can’t just drop random files onto your phone without you wanting them to. Nearby Share supports different visibility settings, for example, so that you can choose to be visible to all contacts, some contacts, or hidden if you prefer. Files sent and received can be transmitted anonymously.

Devices need to be around 1 foot (30 cm) of each other, Google says, in order to be visible. They’ll also need Bluetooth and Location turned on, though no data network – either WiFi or cellular – is required. 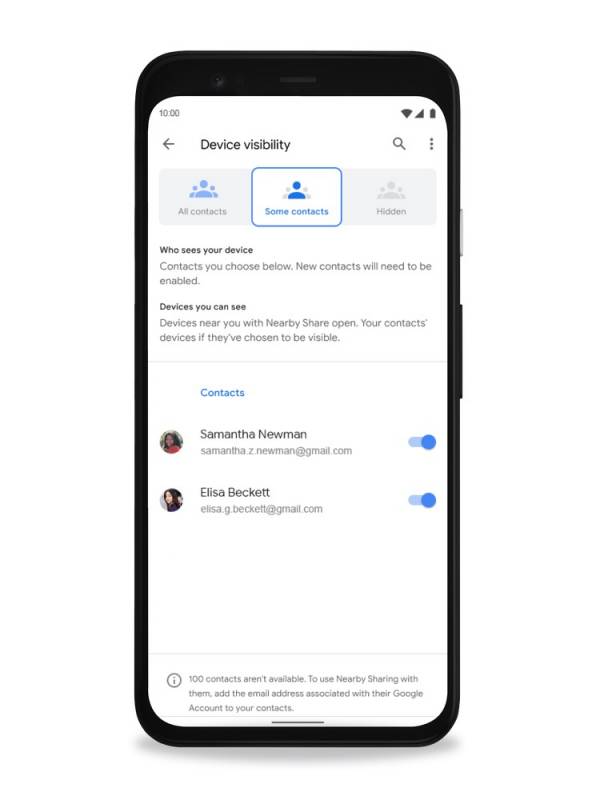 When someone tries to share with you, you’ll get a notification that new content is waiting to be transferred. If you’ve not made your device visible, tapping the notification will allow that to be enabled. The phone might also request that Nearby Share – or Bluetooth, or Location – be enabled, too. Finally, tapping “Accept” will allow the transfer to begin.

It’s not just Android that Google has Nearby Share in mind for, however. Down the line, the feature will be enabled on Chromebooks too. That way you’ll be able to send files between Android devices and Chrome OS devices, in both directions, even if one or both is offline.

Google says that it’ll be select Google Pixel and Samsung phones which get Nearby Share support first, with that rolling out from today. Devices from other manufacturers will follow on in due course.