Google Meet, the video chatting platform similar to Zoom, is getting an important new feature that allows hosts to better control the overall experience. Google has announced on its Workspace blog that starting now for some users and in the near future for everyone else, Google Meet hosts can mute and hide the video feeds of disruptive participants.

Google announced a broader, less useful version of this feature earlier this year, enabling meeting hosts to batch mute all participants in a group video chat on computers. This new feature builds upon that, giving hosts more control over individual participants in a way that should benefit everyone. 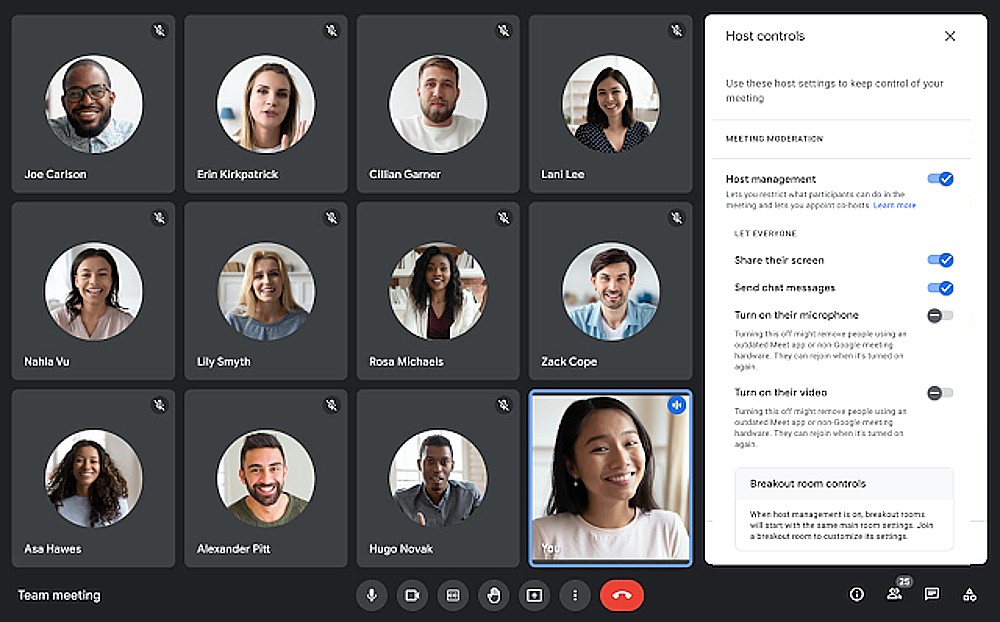 Google says it is rolling out Audio and Video Lock, which allows hosts to mute participants’ audio and, if necessary, their video feeds. The participants will not be able to turn these features back on until the host unlocks them. This feature is particularly useful for dealing with users who may be in a noisy environment and fail to mute themselves when they’re not speaking.

Locks applied by hosts will also apply to breakout rooms that are created after the restrictions are applied. However, locks applied in a breakout room won’t be rolled over in the main meeting or any other breakout room. The feature is already rolling out to rapid-release domains, while scheduled release domains will see a gradual rollout that kicks off on November 1.