After visiting the Grand Canyon and capturing imagery using nifty Street View camera backpacks, Google is taking a trip to the Galapagos Islands to capture the scenery and wildlife, and is partnering up with the Charles Darwin Foundation (CDF) and the Galapagos National Parks Directorate (GNPD) in order to make it happen.

The imagery isn’t available yet for the public eye, but Google gave us a sneak peek at what we’re in for. The company posted a few photos of Googlers walking around with “Trekker” backpacks, which consist of a big Street View panorama camera attached to a pole that extends up from the backpack itself. Apparently they weigh around 40 pounds, so we commend those who were tough enough to carry them around all day.

If you’re not familiar with the Galapagos Islands, they were made famous by Charles Darwin, who’s theory of evolution was thought up while he spent time studying various animal species on the islands. The set of islands are located well off the west coast of northern South America and southern Latin America. 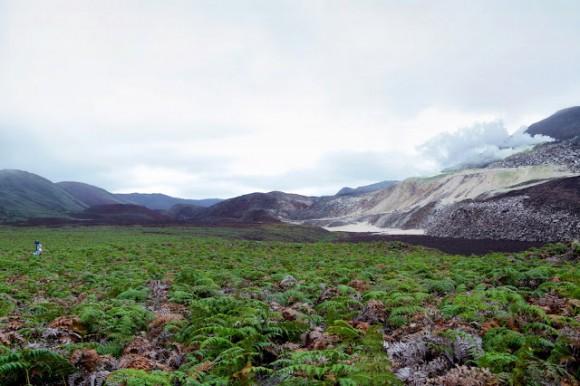 Google says that not only will these images be cool to look at, but they will also act as an “important visual record” for the CDF and GNPD to use in order to “study and protect the islands by showing the world how these delicate environments have changed over time.” The Galapagos Islands are constantly under threat by invasive species, climate change, and other human impacts.

It took a total of ten days to get all the imagery needed on the islands, and they even went underwater to capture sea life near the islands as well. Ten locations in total were captured by Google, averaging out to one location per day. Google has captured other unique locations in the past, including the Great Barrier Reef and even Antarctica, but the Galapagos Islands are truly a sight to see.