With some features rolling out the Maps Preview and some appearing only in the USA version of Google Maps, the team responsible for this navigation experience have ushered in a new set of features long-awaited by Maps users the world over. The first and most significant of these additions is the push for multiple destinations. This addition to Maps makes it possible for you to navigate from one location to a second location, then plan in advance your directions from that second destination to a third.

With the multiple destinations feature on the desktop version of Google Maps, you’ll easily be able to switch around the locations you’re moving between and plan out an entire road trip before you even hit the trails. This multi-point destination situation does not seem to work yet on mobile devices – but it will be sooner than later. The same goes for the ability to switch between walking and driving in this multi-point mode – it’s just a baby, after all. 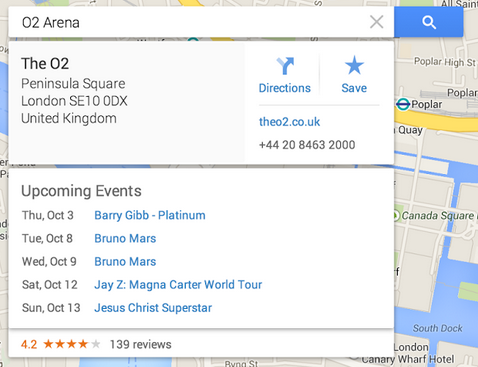 Next you’ll find the likes of “Upcoming Events” being added to the roster in Google Maps on the desktop. With this system you’ll be able to find a destination and instantly see what events are going on at that location according to the data provided to Google – this system also works with the rating system and contact and Street View abilities provided by the Google system in previous versions of Maps. 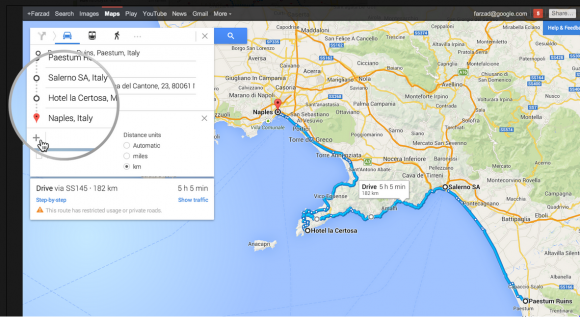 Greater integration with Google Now data is also being integrated more solidly with Maps. You’ll find flight, hotel, and restaurant reservations appearing in your map results, working with Maps users in the USA and in English only (thus far). This system works in a web browser only, but searches here work with your web history and thus are available in your smartphone via recent results – simple stuff!