Google leaks its Pixel Buds A-Series earbuds again, this time in a tweet

The rumored and now essentially confirmed — though still unannounced — Pixel Buds A-Series true wireless earbuds have been leaked by none other than Google itself…again. This time around, the product was the subject of a tweet that apparently went live earlier than planned, one that was quickly deleted, but not soon enough to prevent the news from spreading.

Google has not officially announced its Pixel Buds A-Series product, but it has confirmed that they exist. First surfaced the rumors about the model, then Google later tipped off consumers in early April with an email about Google Nest products — and that email included an image of the previously leaked Pixel Buds A. 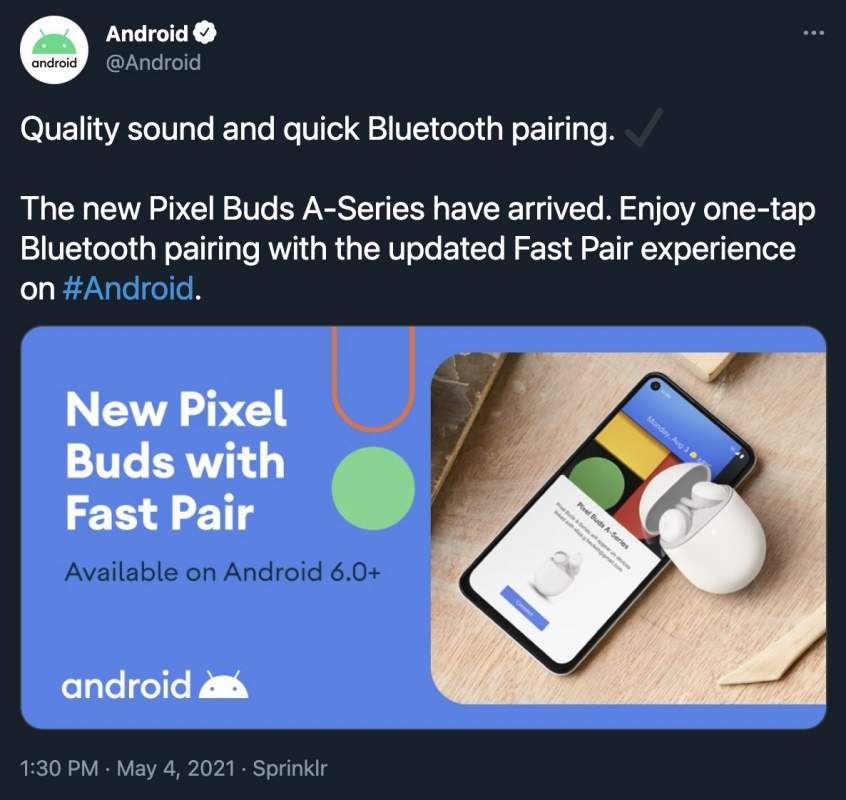 The leak took place on the official Android Twitter account, as spied by 9to5Google; it included an image of the Pixel Buds A-Series in white, as well as an announcement that the new earbuds ‘have arrived.’ According to the tweet, the Pixel Buds A-Series will feature an updated Fast Pair ‘experience’ with one-tap Bluetooth pairing.

The tweet, which was quickly deleted, likewise reveals that the new model will support Android 6.0 and later, but that’s the extent of the official confirmation. Sadly, we still don’t know the full specs for these earbuds or the price, but given the ‘A’ designation, it seems reasonable to assume they’ll be cheaper than the $179 Pixel Buds.