Google is replacing the OS with Search and AI: here’s how

When you speak about operating system or OS, people with s bit of tech knowledge will probably think of Windows, macOS (or OS X), Android, iOS, and maybe even Linux. For the rest of the world’s computer-using population, an “OS” is simply the thing that launches their apps and shows them their documents and photos and takes them to the Internet. It seems that Google, with particular attention to the latter, of course, is trying to move towards that simpler notion of an OS. And it is doing so by replacing everything with a search bar and an always listening AI.

Google has slowly been making apps irrelevant, or at the very least less relevant. That might sound ironic considering it develops one of the world’s largest app platforms. But Google’s own attitude towards apps reflects this. Its apps are pretty much just wrappers around content and services on the Web, or the cloud as the kids call it these days. Almost every year, it introduces features that take the focus away from apps and more on services, snippets of content, and instant interactions. Here are some clues.

In 2016, Google introduced the concept of App Indexing. It basically allowed Google Search to crawl through the content provided by an app so that users will the in-app results when they simply searched inside Google. While it requires apps to be installed for it to work, App Indexing, in theory, would acclimate users to using Google to search for information or content, knowing that it will also bring up results from whatever app is already installed on the device.

App Indexing required an app to be installed first before it can be used. Google Play Instant apps, in contrast, doesn’t even install anything at all. It lets you try out an app or even a game before installing or buying it. Think of it as demoware right in Google Search, the Play Store, or even social networks. While intended primarily for trial purposes, Instant Apps also introduce users to the idea of getting their app fix just from a Google Search.

At the I/O conference this year, Google introduce Actions and Slices. These two follow from App Indexing and Instant Apps in that they surface content or, well, actions right from Search, the Play Store, or even Google Assistant. Actions provide instant access to deeply buried functionality within an app while Slices will actually embed the app’s relevant UI in a search. They also require apps to be installed but the apps themselves almost never appear unless launched explicitly.

And then, of course, there’s Google Assistant. More than just a voice-controlled version of Google Search, the AI-powered virtual assistant is both a gateway to almost any content within its grasp as well as a control center for your phone and your smart home. It crawls the web, it can control your phone, and it might soon be able to control apps. In Google’s future, however, you might not need that last part anyway. 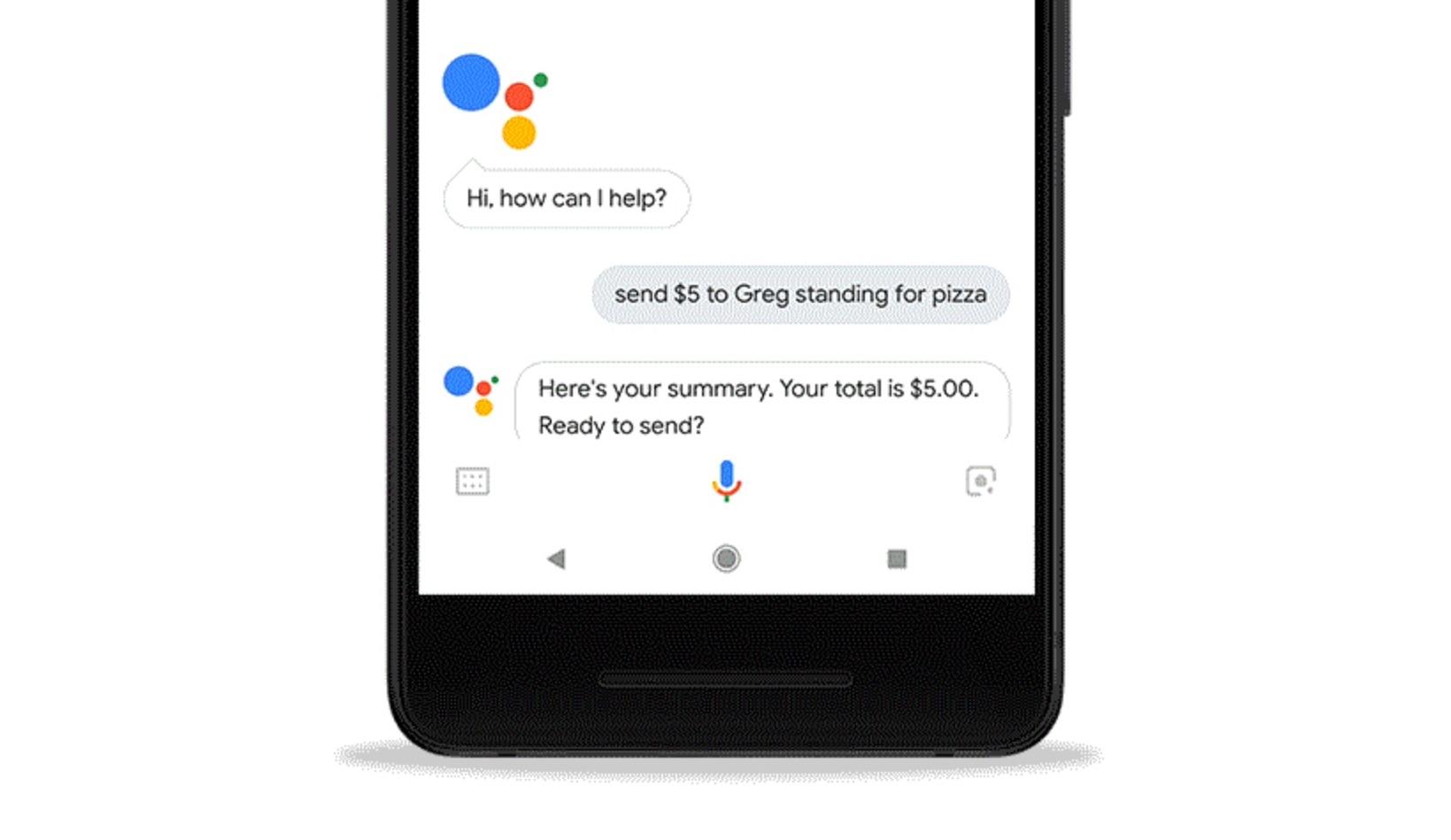 Perhaps with the exception of certain class of apps designed for content creation, most of users’ interaction with their smartphones and computers revolve around content that is either cloud-based or at least accessible from the cloud. As they say, content is king and users’ loyalty to apps is often simply based on how an app provides the best way to get to that content.

Google has long taken that mantra to heart. It minimalist UI, as exemplified by the lonesome search bar, is designed to get out of the way of content. In the same way that bad apps stand in the way of content, app themselves also add another layer of indirection between you and your content. 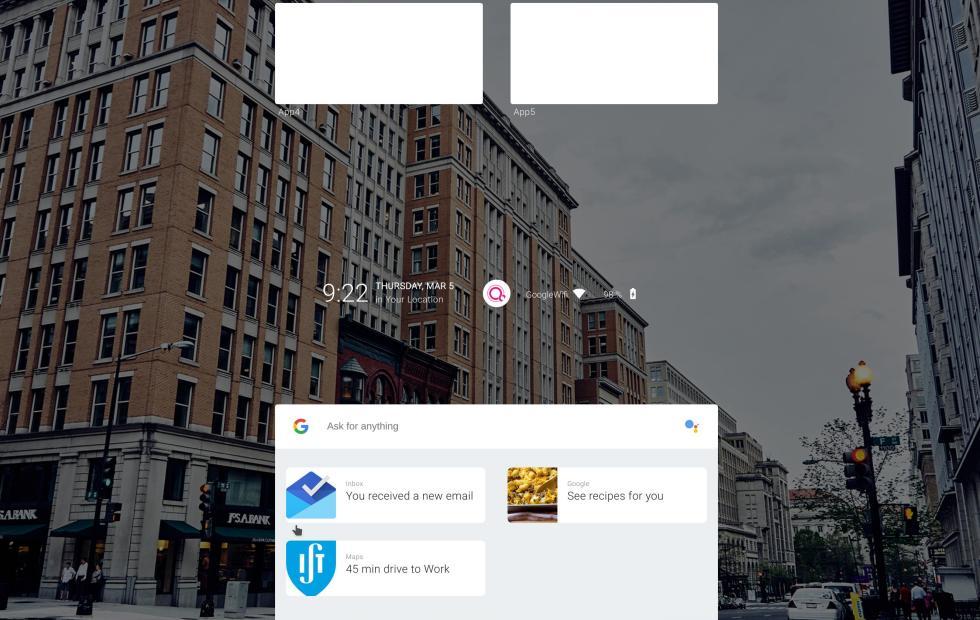 For Google, search, be it through typed text or spoken word, is the most direct way to that content. Need to convert one currency to another? Why fire up and app when you can quickly “search” for it right from your Android P home screen. Need to work on that word document you set aside last week? Why bother looking for a document editor app when you can just search for the document and edit it right then and there?

Of course, simple search is just as difficult as finding a needle in a haystack as content grows. That is why Google is developing its AI to make sure you get the most relevant search results. Or better yet, so that you won’t have to search at all. It will know what you need, when and where you need it.

By making its Search and its AI the center of its ecosystem, Google is also freeing itself from being chained to just one OS or platform. You know longer have to worry if your favorite app is going to work on Android but not on iOS, or on Windows but not on Mac. You just need to search and your content is right there. Is it any wonder, then, that Google is putting the Search bar at the heart of Chrome OS, Android, and, of course, Fuchsia OS. 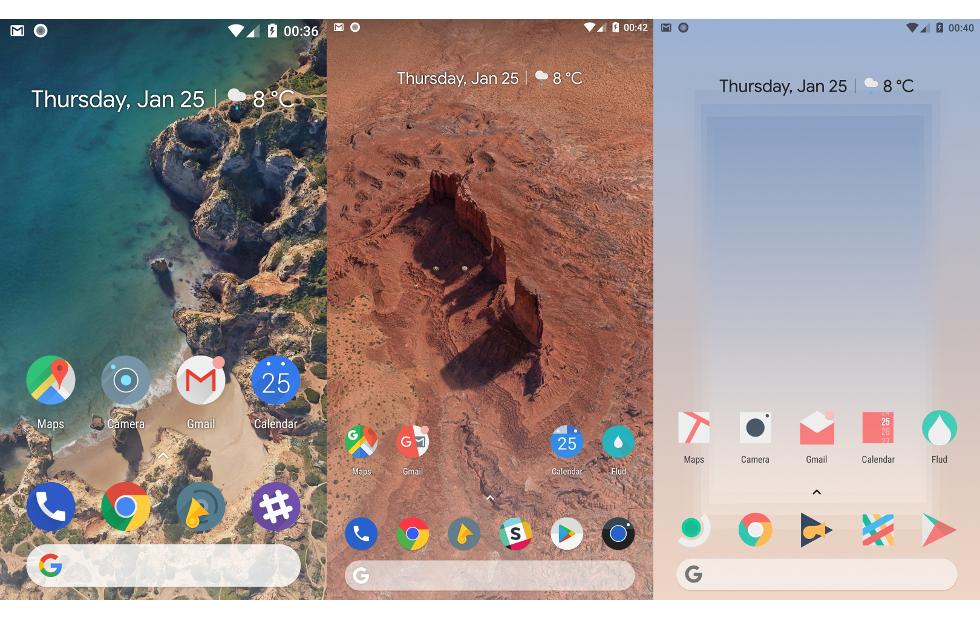 It’s not going to be smooth sailing for Google if it wants this AI-powered, Search-centric future. Then again, nothing has been smooth sailing for it anyway. For one, mobile apps seem to still be a healthy cash cow and there will be a lot of pushback from developers who have found some financial stability in the app market, whether through direct purchases or IAPs.

The industry, however, is moving more towards services rather than apps themselves. Apps, at least the big ones, are becoming more and more like windows to these services. Of course, there will always be apps that stand in their own right, but most of the money seem to be coming from subscriptions and ads, for example.

The biggest hurdle to Google’s ideal future, however, will be one of privacy and control. This Search-centric “OS” requires that any and all data pass through or, at the very least, get processed by Google. Neither users nor companies might be that happy to give Google that much control over their content. Especially given recent events that put data privacy under a microscope again. But in a few years’ time, there might no longer be any piece of data that hasn’t been indexed by Google anyway.