It’s time again that Google makes their Project Glass initiative clearly stated, complete with a push for not just those who wouldn’t normally wear headgear on the regular, but those of us with prescription lenses as well. You’ll find that Google’s confirmation this time around is not guaranteed for the Explorer Edition of the headgear, but a release “later this year” is in the works. And yes, if you didn’t know already, that means that we WILL be seeing Glass as a consumer product inside 2013!

Google’s note today was posted via Google+ where they’ve also released a photo of one of the official Glass team members Greg Priest-Dorman working with a pair of prototype glasses with Glass attached. At the moment, Google isn’t letting us know if the final Glass release will be attachable to the lenses you’ve got now, or if they’ll be provided attached to your prescription right our of the box. Have a read of what the team has confirmed today:

The Glass design is modular, so you will be able to add frames and lenses that match your prescription. We understand how important this is and we’ve been working hard on it. Here’s a picture of +Greg Priest-Dorman, a member of the Glass team and an early pioneer in wearable computing, wearing one of the prototypes we’re testing.

Google has also noted that “the short answer is: yes!” when it comes to “a prescription solution for Glass.” As this is a “short answer” sort of situation, we’ll be going ahead and saying that yes, Google certainly will tend to those of us with glasses, but a final edition of what they’ll be looking like is not going to be shown until we’re much, much closer to the final consumer product. 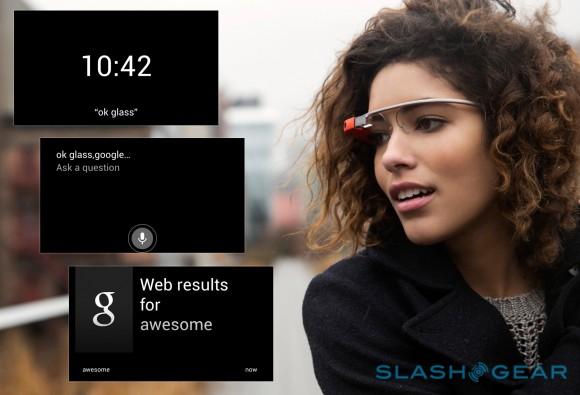 Have a peek at the timeline below for additional Project Glass announcements and up-close looks and get pumped up for the final release later this year. Meanwhile we’ll be having our own variety of looks at the headgear as they arrive in the developer-centric Explorer Edition package sooner than later. Stick around our Project Glass tag portal as well for more information up to and through that fateful day!