It was almost laughed out of tech circles for its design and its not so obvious camera raised all sorts of privacy red flags. But now those features are the very same things that could vindicate the Google Glass in at least one very specific application: helping kids with autism learn to socialize better. At least that’s the preliminary finding of a Stanford study that utilizes the Google Glass to identify facial expressions. And, unsurprisingly, there’s some AI involved as well.

Children with autism generally have problems interacting with other people. In particular, they have difficulty making eye contact and as well as having problems identifying emotions through facial expression. Traditional forms of therapy involve having someone go through exercises with the child to identify expressions depicted on flash cards.

Unfortunately, the number of therapists available is so small that patients often have to wait for more than a year to get their turn. Standford biomedical data scientist Dennis Wall and his colleagues decided to conduct a study that substituted the therapist with a $1,500 Google Glass, previously $1,500 but now unavailable in the market.

The principle is almost the same but the implementation is, to some extent, more realistic. Instead of flash cards, the Google Glass camera records the face of a person in front of the child and feeds the image into a connected smartphone app. That app then uses artificial intelligence to differentiate between eight core expressions of happiness, sadness, anger, disgust, surprise, fear, contempt, and calm. The result is then given to the child via the Google Glass’ earpiece or via an emoticon on the tiny display. 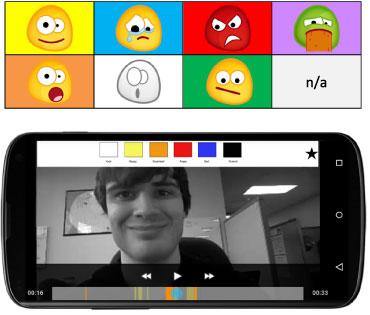 Science News reports that the results of the study are impressive though not yet conclusive. Participants exhibited not only improved facial expression recognition but even social skills and eye contact. That said, the study didn’t include a control group to measure against. But, at least for now, the idea does open up a new use case for such types of headsets beyond their tech-related applications.