Smartphone storage is getting a lot cheaper these days but they still haven’t become cheap enough for budget phones to boast even 64 GB of storage. Google created the Files Go app to help owners of such phones to manage their files. It turned out that even those with loads of data storage space wanted in on those features and Google was only too happy to oblige. Now simply called “Files”, the app now boasts of 100 million users and Google is celebrating by introducing two new features.

That’s not to say the app doesn’t have powerful features. Files’ main attraction is how it uses AI and machine learning to weed out duplicate files or messages and unnecessary memes in order to help users save a few KB or even MB here and there. It also helps save users money by allowing them to share files with other users without eating up cellular data or hitting Wi-Fi caps.

To these, Google is adding the ability to save battery life and also save your eyes by switching to the all new all-black dark theme. Additionally, you can save even more space by not having to install a media app with the new Skip, Rewind, and Fast Forward controls on the built-in player. 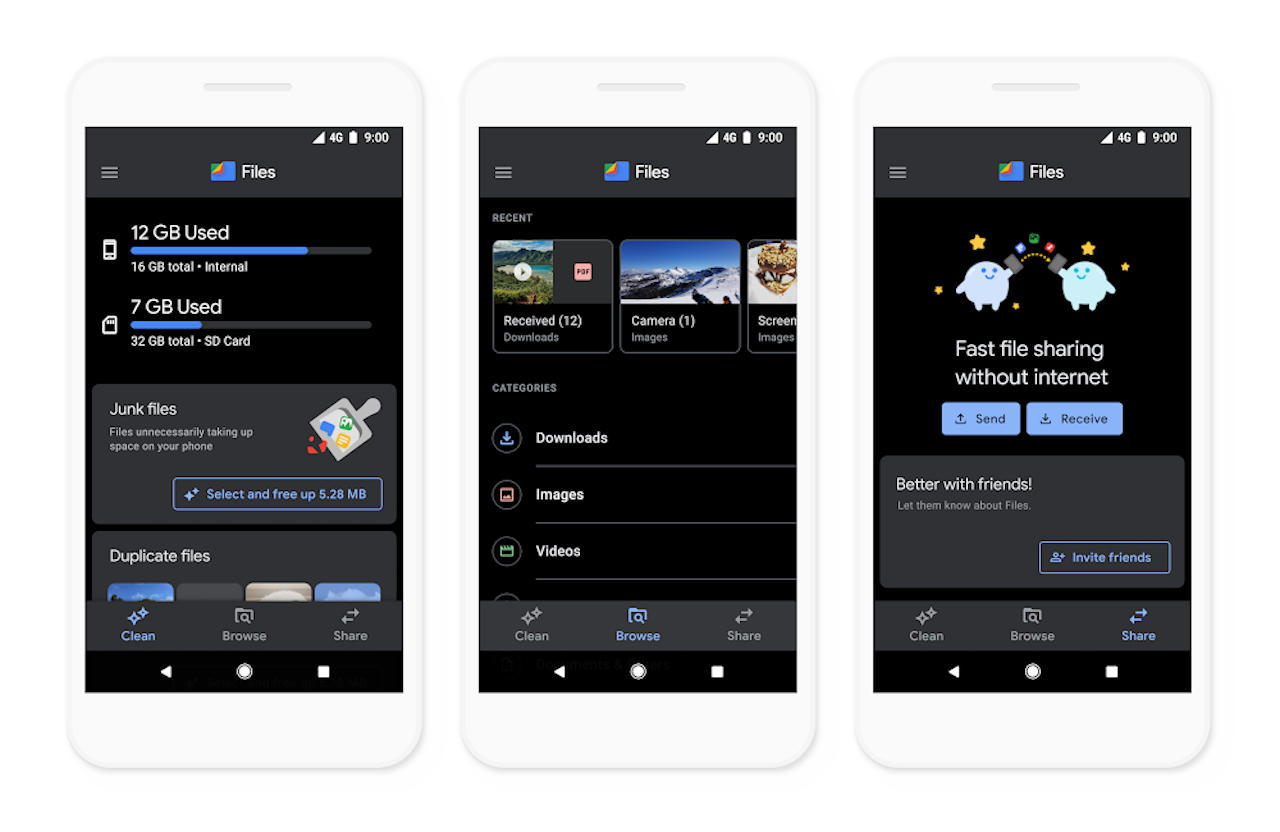 Although initially made for certain markets, Google removed the barriers and made the Files app available to all Android users. Thanks to that, it has been saving users 8 GB of space and deleting more than 300 duplicates and 150 memes every second for 100 million people.