Google Maps has unsurprisingly dominated the market when it comes to navigation and mapping to that point that it is too easy to forget that Google has one other way to view the world. While Maps is more for getting around places, Google Earth is more focused on letting people discover the Blue Planet. And that happens to include that blue marble’s place in the cosmos, which is why Google is now placing a more accurate backdrop of the stars when viewing the globe from afar on your mobile device.

The Google Earth team talked about how important realism was to them. Unlike a navigation and mapping tool like Google Map where accuracy of location is the highest priority, accuracy of representation is where Google Earth needs to be. After all, it’s a tool used more for discovery and education of places that you may never really visit even in your wildest vacation dreams.

That realism extends even to the background when you zoom in far enough to see the entire Earth. In the past, looking at the world from outer space looked pretty fake because of the plain black space behind the Earth. That’s why Google added a view of the stars in the background, which has been available on Google Earth for the Web and on Earth Pro for quite a while now. 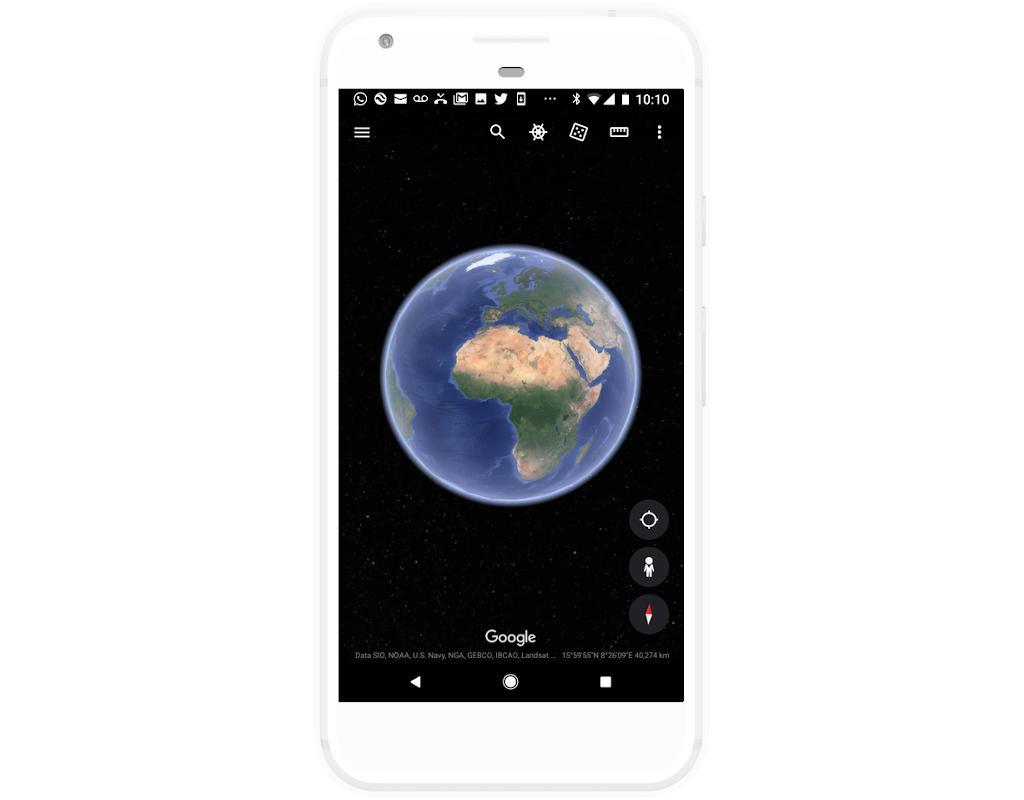 The Google Earth mobile app now joins in that realism so you can view the earth the way an astronaut would if they were 30,000 miles away from the surface. Mind, it’s not simply a static wallpaper or such. The images adjust depending on what part of the sky is opposite your view of the Earth and the position of these celestial bodies is based on data collected by the European Southern Observatory.

Together with animated clouds that represent weather patterns, this small but important update makes Google Earth, in whatever form, a more realistic and accurate learning tool. It doesn’t let you explore worlds beyond the Earth, though, but, thankfully, you have Google Maps for that.