Google Earth has always been an impressive feat of technology on its own, but today things got a lot more beautiful. As a follow up to its first cloud-free mosaic of our fine planet (which was released a whole three years ago if you can believe it), today Google rolled out a new version of the mosaic using imagery from the Landsat 8 satellite. The results, as you can imagine, are quite awe-inspiring.

To complete this newest mosaic, Google had to scour millions of images taken by the Landsat 8 satellite, which was sent into orbit back in 2013. Previously, Google used images from Landsat 7 in its Earth mosaics, and while the company points out that those images were the best of their kind at the time, the photos we’re seeing from Landsat 8 seem to be in another league entirely. Indeed, Google says that Landsat 8 is capable of taking photos with “greater detail, truer colors, and at an unprecedented frequency,” with the newer Landsat taking twice as many images each and every day.

Google shared a number of images on its Maps blog, including one of the Swiss Alps that may as well be a painting. Google didn’t just share landscape images though, as it also previewed some images of New York City and Detroit, MI (a city that’s near and dear to this writer’s heart). In those photos, we see details like rivers, roadways, and even skyscrapers. 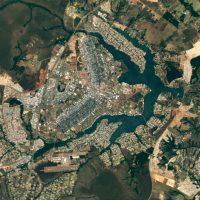 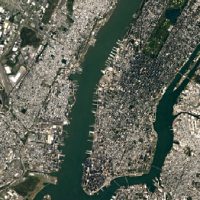 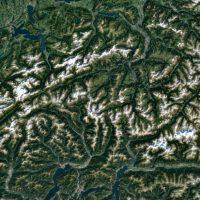 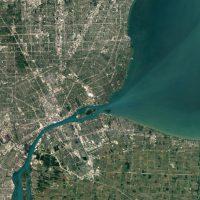 If these images leave you feeling as impressed as we are, then you’ll be pleased to know that this new Landsat 8 imagery is available on Google Earth right this minute. All you need to do is head over to Google Earth or enable the satellite layer in Google Maps to see the planet in an amount of detail that will leave you with your jaw on the floor.