Google’s Duo app has become one of the most popular video calling app on Android since its debut in 2016, and now it’s introducing a rare feature for mobile platforms: screen sharing. The latest version of Duo is rolling out with the ability to share what’s displayed on a phone’s screen while on a call, allowing the other person to follow along in real-time.

While on a video call, screen sharing can be activated with a new icon just above the camera switch icon on the left. When tapped, a prompt will appear warning users that “Duo will start capturing everything that’s displayed on your screen.” After choosing to continue, the app will begin displaying the sharer’s home screen, with a red border indicating that the other caller can see everything.

A bring red button is placed on the screen to make it easy to pause or quit screen sharing, with the latter automatically returning users to the Duo call. 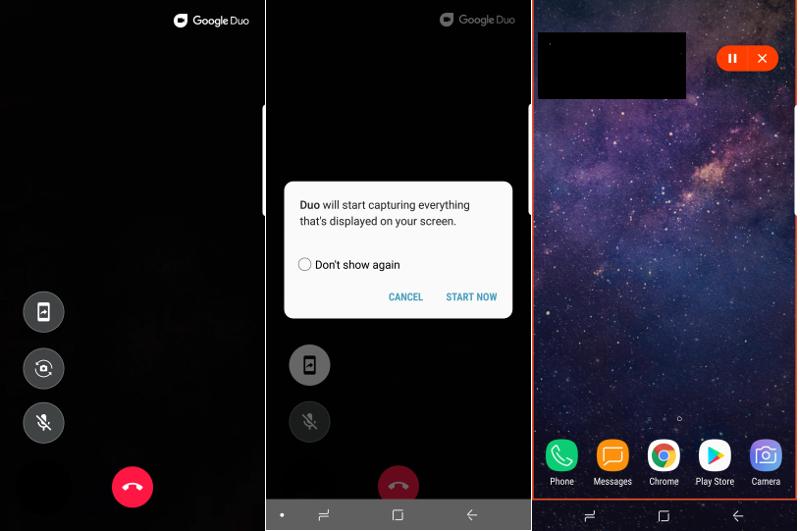 Screen sharing is included with version 34 of the Duo app, which is gradually rolling out now. A number of early users are finding that the feature still has bugs, with call recipients unable to see the sharer’s display, so it may need another update or two before it works properly for everyone.

It’s easy to see this becoming extremely useful for those offering basic tech support or troubleshooting to friends and family. Being able to see someone’s screen or give instructions with their own should be much easier than passing screenshots back and forth or typing out detailed instructions.