The reason why Google Drive will succeed is its instant ties with the rest of Google‘s heavily branded set of services. That’s all I really should have to say in this review, as all Google’s web-based applications end up powering through with the brand power of Google (with a few choice examples of apps going the way of the appasaurus rex.) When it was announced that Google would be hosting a cloud-based data storage service, it wasn’t because everyone expected they’d somehow be able to store data better than anyone else that there was a lot of excitement, it was because it was Google!

You may not know it, but Google has been in the cloud storage business for several years now. They started with Gmail, went on to Picasa when they picked them up, and of course offer the service with YouTube, Google+, and more each and every day of the week. Google Docs is another great example except for the following fact: Google Drive is essentially set to swallow that service up. What you’ll find in the Android version of Google Drive already is that Google Docs is the replaced application, not another side-app for later integration. Here on desktop you’ve got everything that DropBox offers, here with a fancy triangle logo to make it Google’s own. 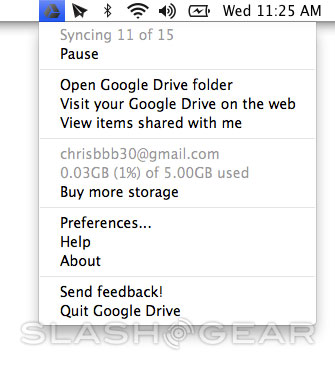 What this service means is much more important than what it does. It stores your data – you get 5GB free – and you can upgrade. That’s the long and short of it. It represents Google’s next step into your daily life, integrating another giant service you may already use daily into their fold. You’ll trust Google more and more each day at this rate – or you’ll become more reliant on them anyway.

I’ve already started using Google Drive several times a day. Integration between mobile apps and desktop apps and the web-based interface is just as easy as any previous cloud storage service I’ve used before, but this time it’s Google. It’s the brand that matters here, and Google knows it. The storage works perfectly fine, the apps that are already out are well tuned, and Google can only go up from here, and on top of all that, it’s free. Check out http://drive.google.com/ to get started with the desktop version and head to the Google Play App Store to find the app for Android!