Google continues to edge out Microsoft it what could be the latter’s remaining bastion. With a batch of announcements about Google Drive, the search giant is offering more reasons for users to switch to its cloud and to ditch the once-popular Office suite, whether for personal use or for the enterprise.

First up is something for Android users and soon iOS, too. Google is separating the slideshow part of Google Drive into its own standalone Slides mobile app, following what it did with Docs and Sheets earlier. This is mostly a matter of convenience, allowing users to simply launch the app for the task they want instead of digging through would could be piles and piles of mixed files on Google Drive. 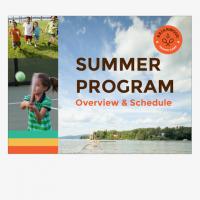 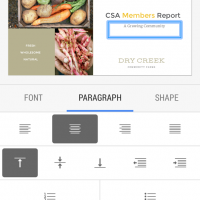 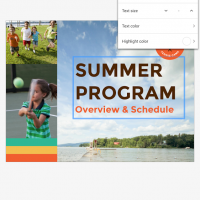 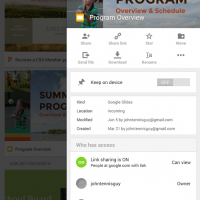 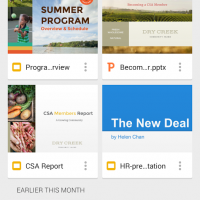 Overall and over all its supported platforms, Drive is getting both a diet and a face lift. Over the coming days and weeks, users will be noticing improvements in Drive’s performance. But they will also be introduced to a slight redesign of Drive’s interface, especially in Web browsers. On mobile devices, users will be able to get hold of often used functions faster, while on the web, they will be presented with more useful information available at a glance. The video below summarizes most of the new interface features coming to Google Drive soon.

As a cloud service from its earliest days, collaboration is a core feature of Google Drive, back then known as Google Docs. Today, Google is giving more tools to teams that use Drive for their work. Suggested edits allow anyone with comment rights but not editing rights to propose changes to a document, without actually changing the document. Authors and admins can then later accept or reject such suggestions. But perhaps the more interesting editing feature is Drive’s new MS Office support. Now users can edit and share files in Microsoft’s blessed format without actually converting it first to Google Drive’s more open format. In essence, this removes the worry of having formatting issues when tossing a file back and forth between someone using Google Drive and another using Microsoft Office.

And finally, Google Drive is getting into some serious business. To really drill in how it is becoming the preferred productivity solution in the enterprise, Google is announcing Google Drive for Work. At a price of $10 per user per month, this is something clearly meant for businesses. The features too are also something employers and leaders would definitely want, like fine-grained controls over file access and auditing of activities. One feature that non-business regular users would definitely want to have is unlimited storage, letting you store a file up to 5 TB in size, if you do have a file that big.