Google-owned Nest’s acquisition of security camera company Dropcam may have left privacy advocates worrying again at the search giant’s potential intrusiveness, but the company doesn’t need a webcam on your wall to tell advertisers what’s going on in your home. A new update to Google’s AdWords platform is promising the ability to filter potential advert viewers by Parental Status, a valuable insight into demographics.

The new feature, still apparently in the roll-out stage and not yet available to all AdWords customers, allows adverts to be targeted specifically by whether the viewer has children or not. Three settings are offered, according to WordStream CTO Larry Kim, whose team spotted the change: “Parent”, “Not a parent”, and “Unknown.”

With the extra degree of granularity, adverts covering child-specific products such as diapers, baby monitors, and even self-help books could be solely shown to those who have children. That would likely cut down on wasted advertising revenue, as people would not see irrelevant promotions.

On the flip-side, meanwhile, companies with products and services that would appeal more to the childless could also be more confident that their target demographic is the recipient.

Google already offers a number of criteria by which AdWords can filter who sees which advertisement, including age and gender. Campaigns can specifically exclude based on the criteria, or weight their potential spend on viewers in each category depending on which sort of person they’d prefer to target.

The advertising side is, of course, just the outcome of Google’s existing work on building demographic profiles of users based on their browsing history. Google relies on previous searches along with keywords and other factors to do that: so, if there’s a sudden increase in searches for new baby-related products, along with a rise in mentions of babies in emails to the user’s Gmail account or on Google+, then the search company can make a pretty safe assumption that they’re a new parent. 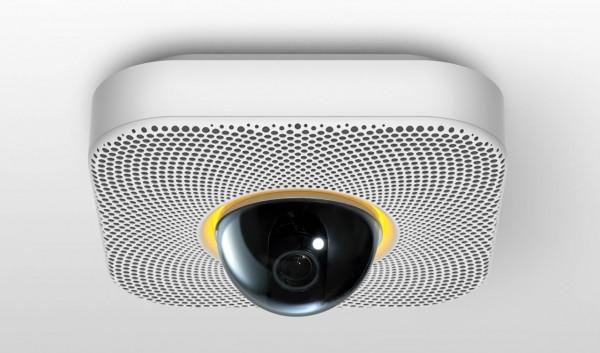 It’s an example of the sort of passive surveillance that is, arguably, far more likely than Google using Nest thermostat data or Dropcam video feeds to peek into individual homes. To do so in a way that would extract meaningful information about the user would require some degree of active monitoring: pointless when most of us give the same information away through the content of our searches and conversations.

Nest recently released a statement on Nest Protect, its carbon-monoxide tracking smoke detector, to show exactly what it is doing and how that impacts customer privacy. Google’s acquisition of the firm, though leaving it effectively independently operated, nonetheless led to concerns by some that it would give AdWords and other marketing tools a more insidious route into the everyday lives of buyers, something Nest strongly denied.