App Engine currently sees 7.5bn hits per day, and two trillion DataStore operations per month. Google Compute Engine throws in the scale and experience Google has built up over the years, together with the connectivity of the company’s mobile backbone. 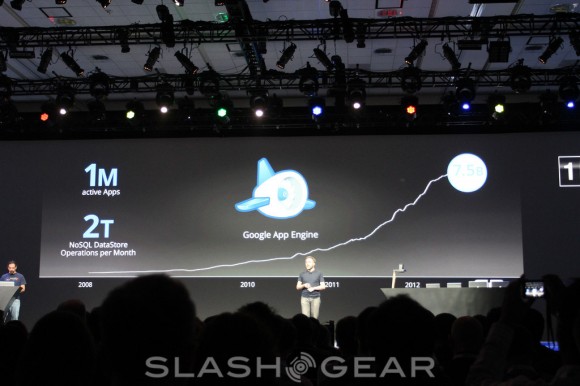 Google’s primary example of the power of Compute Engine was a DNA crunching Institute for Systems Biology program. The center had been using a 1,000 core cluster that produced a single result every ten minutes; with Google Compute Engine’s 10,000 cores, it punched out a result every few seconds. With 600,000 cores, there were multiple results every second.

As for pricing, Google says Compute Engine will offer up to 50-percent more processing, per dollar, than the company’s rivals. Access is in limited availability from today, with up to 10,000 cores for systems that have heavy I/O requirements, while those which have lighter I/O needs can take advantage of hundreds of thousands of cores – Google added 771,886 alone during the presentation.