Google Clips, the company’s smart camera, is finally shipping, though whether it’s worth spending $249 on an AI to take your photos seems to be questionable. Announced last year alongside the Pixel 2, the standalone camera promises to use the same smarts that power Google Photos to snap stills and short videos of the entertaining things that kids and pets do to earn their keep, allowing you to stay in the moment in the process.

To do that, the deceptively simple Clips hardware calls upon some clever AI technology. The camera itself is little more than a small teal and white box with a lens on the front – which you twist to turn the whole thing on or off – and a button underneath it. You can manually trigger a photo, but the idea is that Clips makes those decisions itself.

The camera can either figure out what’s important itself: Google says it’ll prioritize smiles and action, and gradually learn to take more photos of the people it sees frequently. Alternatively, given access to some of the face metadata from your existing Google Photos account, you can jump-start the process by showing it who you think is most important. Clips can’t actually upload directly to the gallery service itself, mind; it needs to transfer shots to the companion app on your iPhone, Pixel, or Galaxy S7/S8 via Bluetooth and WiFi Direct first. 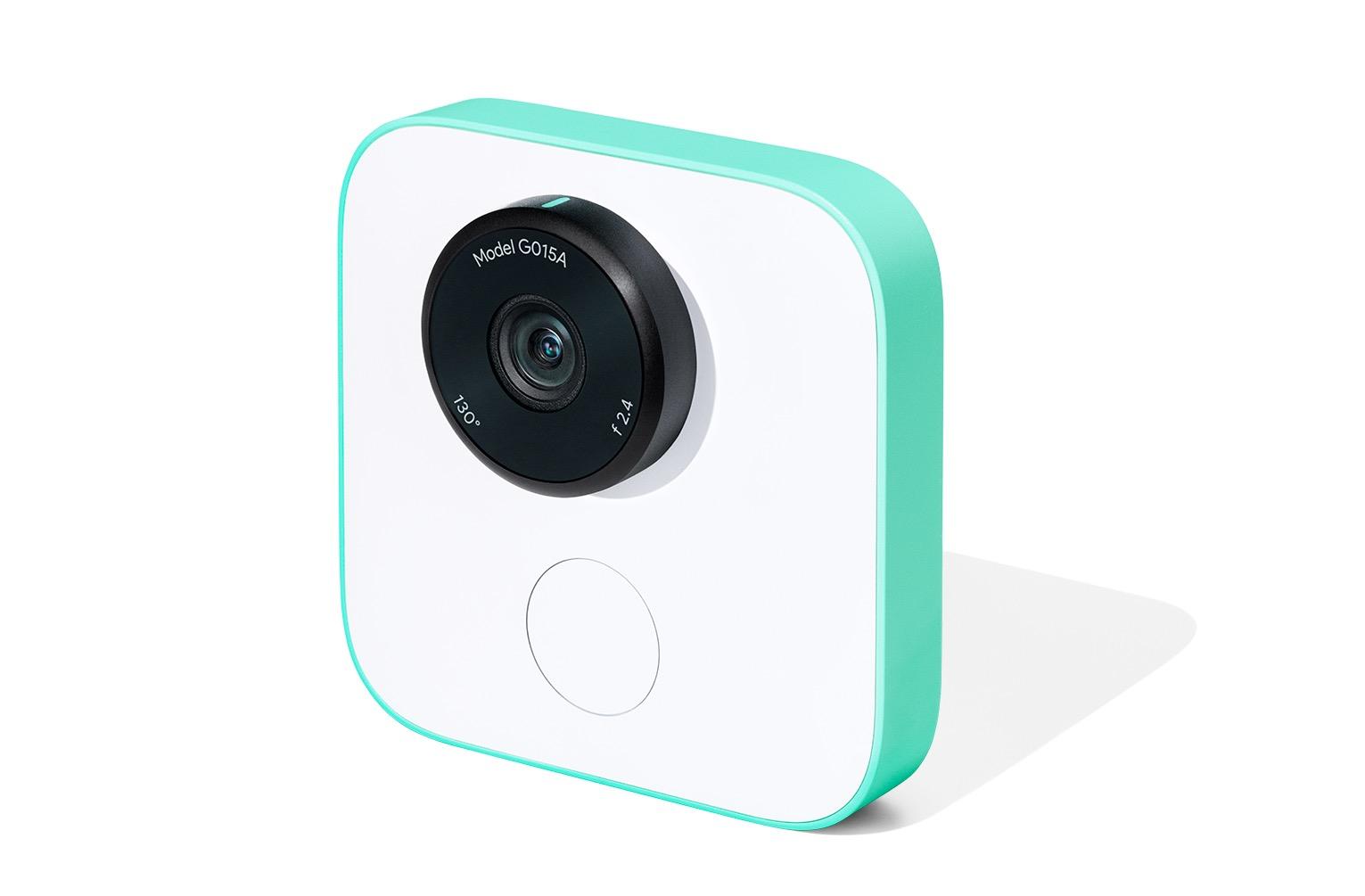 That process sounds moderately clunky, but serviceable, and does at least allow for some editing first. It’s also the first opportunity to see what Clips has captured, since the camera itself has no screen or even a way to frame the scene. That would presumably have sapped the 3-4 hours of active battery life even more.

The seven-second videos Clips captures are actually strings of photos, linked together into GIFs, short video files, or iOS Live Photos. You can extract a single frame from them as a regular image, or alternatively trim them down. There’s no sound, as Clips lacks a microphone, but the editing process has generally been well received.

What hasn’t gone down so well is the results of Clips’ efforts. For a start, while it packs 12-megapixels it uses a fixed-focus lens to ensure as much of the action is in focus as possible, The 130-degree lens is similarly broad-minded, which will have an impact on framing, and is f/2.4. Unfortunately, the photos and videos Clips actually captures aren’t exactly impressing reviewers. 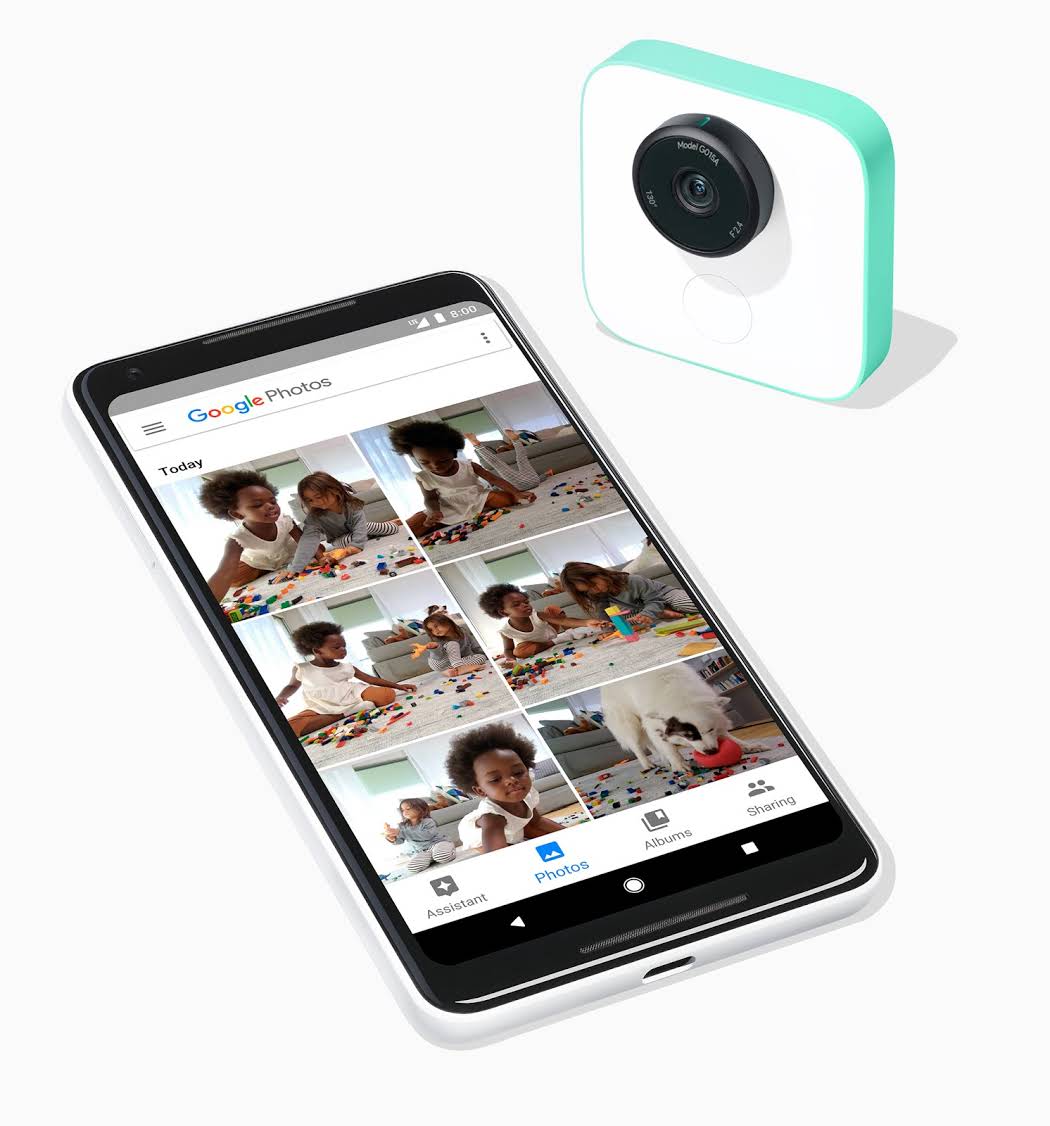 “Your subjects also have to be within roughly 10 feet of the camera, lest they be tiny in the resulting image,” The Verge points out. “But the Clips’ fixed-focus lens has a range of about three feet to infinity, so nothing close to the camera is ever sharp.” The limitations of the sensor and lens because of that attempt to suit every situation are clear: “Images come back grainy and motion is blurry,” TechCrunch complains.

Trying to work around its foibles ends up becoming a chore in itself, indeed. “It’s designed to be used in such a specific way that it was difficult to find moments when using Clips was better than just pulling out my phone and snapping a photo,” TIME concludes, fairly damningly.

The positive thing about Clips is that, just as Google Photos has improved over time, Google could presumably also improve the AI at the controls of its tiny standalone camera. Whether that would ever be enough to justify the lackluster optics, however, remains to be seen. If you’re willing to take the chance, you can order Clips for $249 today.

Update: Google has reached out, eager that we recognize that not everybody had a middling experience with Clips. Sure enough, Wired describes the short video loops as “fun” and “easy to share” though wishes they were smoother, and ZDNet praises the battery life and, though the resolution and tendency to blur motion still come in for criticism, reports that they did get some video which they were pleased with the content of in the end. In short, Clips sounds like it could be fun though probably isn’t going to replace any other camera you have (nor, really, does Google suggest it will) and it’s down to you to decide if that’s worth the $249 sticker price.