Google just published a reminder that may have gone slightly unnoticed by most. Starting tomorrow, February 15, Google Chrome will remove all ads on websites that fail to meet the criteria set by the Better Ads Standard from the Coalition for Better Ads. Unless you’ve been keeping tabs on the web advertising industry, you might be shocked at this rather hardline stance. Google, however, had given website owners enough time to clean up their act and, even now, is explaining how all this ad filtering business works.

Given how Google makes most of its revenue in ads, you might be even more surprised that it’s moving to block ads from the Internet. Not exactly. It doesn’t want to block ads. It just wants to remove the bad ones as defined by the Better Ads Standard. This standard was agreed upon by an industry group called the Coalition for Better Ads whose purpose is to improve the experience of ads, not wipe them out. Full disclosure: Google is a founding member.

Admittedly, not all ads are terrible, unless you consider potential privacy issues. Many of them can be quite useful. But there is a whole host of ads that are explicitly designed to shove their product in your face. These include video ads that automatically play in full blast or “prestitial ads”, you know, those ads that take up the whole screen until you close it. That is, if you can find the close button at all. 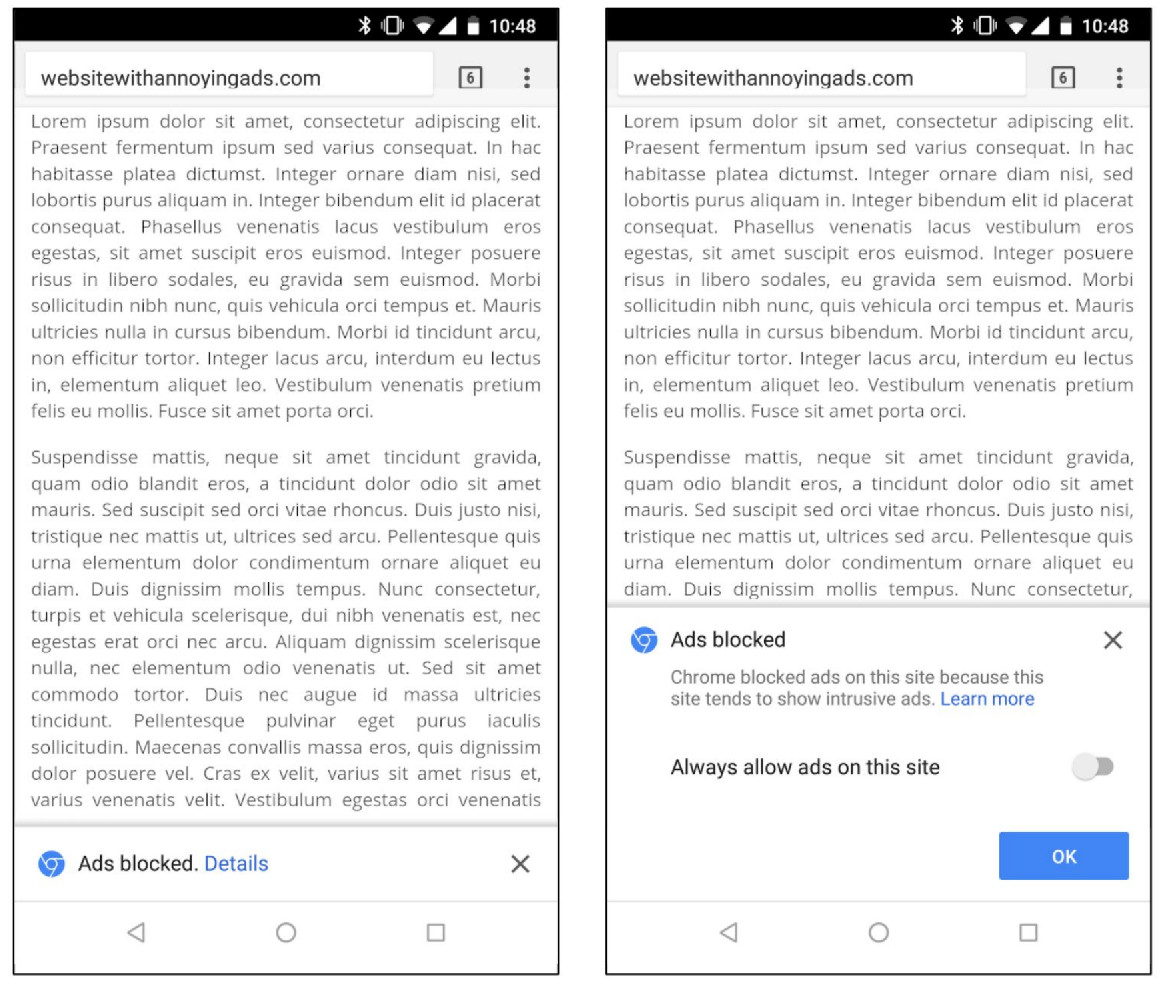 These ads are a big no-no on the Better Ads Standard. Sites that fail to meet those standards are added to Chrome’s ad filter blacklist. When the user navigates to a website, Chrome will check its filters if that’s included in the naughty list. If so, it will block network requests on that page that have been analyzed to load ad content and pop up a notification informing the user it has done so. The end result, a clean page without ads.

While some of these obnoxious ads are designed to be that way, some ads are totally within the control of the website owner. Like those prestitial ads with a countdown timer. Like YouTube ads, except full screen. And not approved by Google and the Coalition. But rather than simply sending a message that it wants to block ads, what Google really wants website owners to do is to comply with the Better Ads Standard, which will mean their ads will get loaded in Chrome. Google reports that 42% of the sites that were reported to have failed the standard have already fixed their issues. Google and the Coalition will give site owners 30 days upon notification to comply with the standard before Chrome starts filtering them out.