Next to Google Keep, Google Calendar is perhaps one of Google’s oddest service and app. A very useful utility that has connections to almost all other Google services, you’d expect it to be often updated or at least well-maintained. Fact, however, is stranger than fiction and Google Calendar isn’t exactly the tech giant’s most loved product. In fact, its Android incarnation doesn’t even have the ability to move an event from one calendar to another. The latest update to the app doesn’t exactly fix that but now at least provides a band-aid solution.

Google’s Calendar Android app is woefully out of sync with the real-world needs of users. It’s no surprise, then, that most users who rely on the Google Calendar backend simply use a third-party app. Even the web version of Google Calendar only got a Material Design facelift recently, long after the likes of Gmail or even Google Keep.

One of the biggest complaints users of the actual Google Calendar Android app have is the inability to change an event’s assigned calendar after it has been made. Your only option, at least before this update, was to create a new event in the right calendar, manually copying every detail and setting every reminder again. Or you go to the web browser version and change it from there.

Google Calendar still doesn’t have that support that operation but you can now at least copy or duplicate an event, which would allow you to change that particular setting. Now you might wonder what the difference between Copy To and Duplicate is. And, yes, it’s a very subtle and confusing difference. Copy simply creates a copy in another calendar of your choice and that’s it. Duplicate, on the other hand, creates a copy in the same calendar as the original but it also opens the event editor where you can change details like the assigned calendar. So it’s pretty much like creating a new event but automatically copies the details for you. 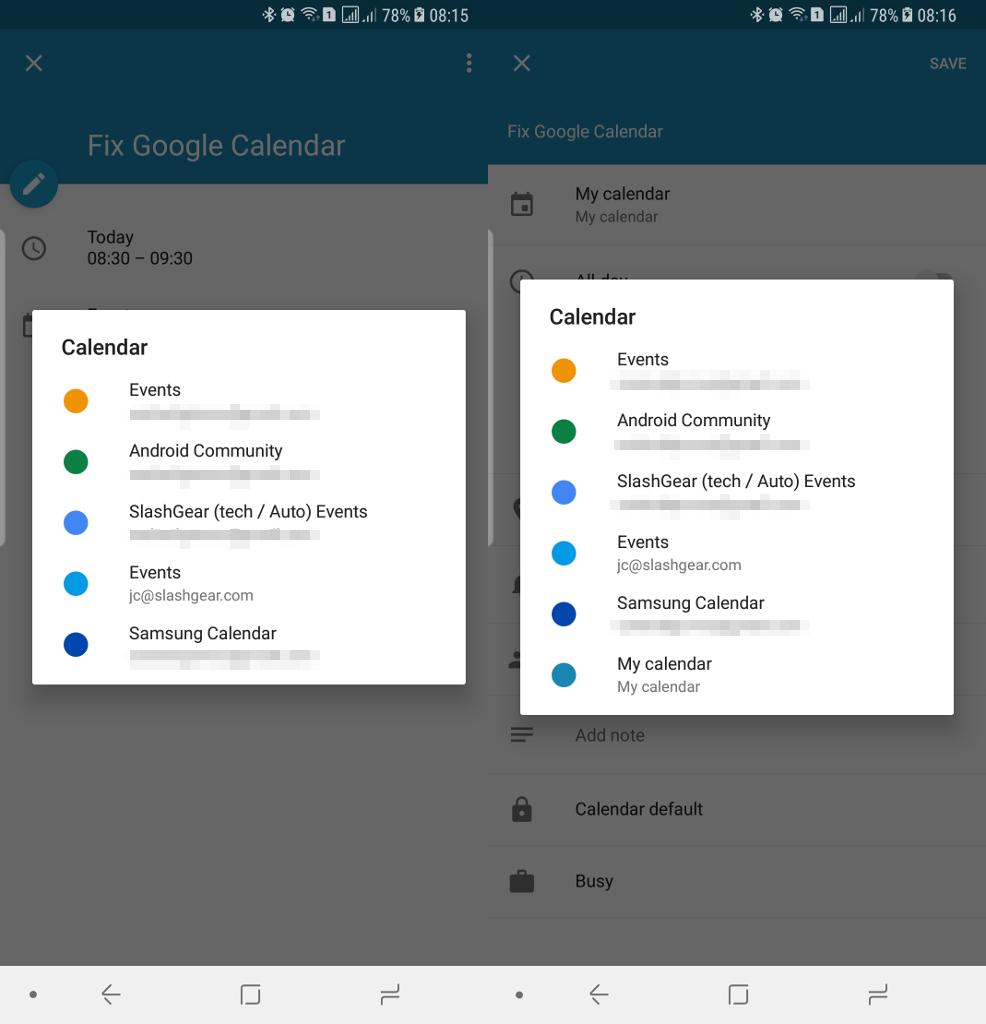 It’s technically not a fix and involves a bit more work than needed since you still have to delete the original. It might also be confusing, given how the two features are nearly similar. It still boggles the mind why Google can’t, or won’t, implement moving events to date, especially when the process is much easier than duplicating or copying events.