At Google I/O last May, the Internet giant announced a few location and context based developer features, including Android Nearby and Google Awareness. The latter is now finally available for public use with the latest rollout of Google Play Services to developers and devices. With the new set of APIs, app developers will be able to harness data from a device’s current context, like state and location, to deliver dynamic and personalized experiences to users, which, hopefully, won’t end up spamming them instead.

Tech companies, Google and Apple included, have been eyeing context-based serving of content, messages, or whatnot, ever since the likes of Bluetooth have become a viable conduit for such. Apple’s “iBeacon” and later on Qualcomm’s Gimbal have become poster boys for such a new frontier in technology and, unsurprisingly, advertising.

The Google Awareness API has the same goal but isn’t beholden to some beacon, Bluetooth or otherwise. Instead, it uses the sensors and data already available to Android smartphones and tablets. Specifically, the API defines seven “contexts” to draw data from, including time, location (latitude, longitude), place, activity (walking, running, etc.), beacons, headphones (plugged in or not), and weather. These pieces of data are then made available to developers via two types of APIs, which shapes the user experience as well. 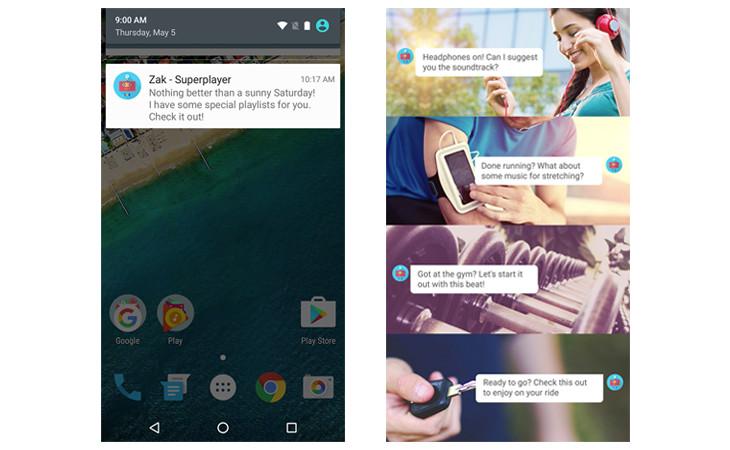 The Snapshot API is as what its name implies. It takes a snapshot of the device’s current status based on those contexts. Google presents the SuperPlayer Music app as an example of the use of this API, which can suggest an appropriate playlist for the user for cooling down after a workout, going for a long car ride, or getting down to work.

The Trulia real estate website, on the other hand, uses the other kind of Google Awareness API, Fences. Similar to geofencing, developers using this API can react to changes in the device’s context, instead of actively taking snapshots. One advantage of the Fence API over other context-aware platforms and services is how it is designed to optimize battery life.

Like any other tool, these Google Awareness APIs can be used for good or for ill, the latter taking the form of invasive or irritating context-based ads, or even intrusions in privacy. Hopefully, that will not be the case.