Remember the Google X skunkworks project that saw the company imagining contact lenses that could monitor your glucose levels? Sounded weird, and more like some means to an end for a bigger project. Then we found Google had a partner in Novartis, and the contact lens that could monitor your health seemed a bit closer to reality. It’s now even closer to being on your eye, as Google has been granted a patent to manufacture the lenses, which have multiple layers and their own chipset.

From the patent, we learn Google wants to make a contact lens that has a sensor on one substrate (layer), which connects to a chip on a second substrate. To bring it all together, Google is also intending to wrap the layers in a polymer.

Google’s patent also made allowances for your astigmatism; there’s plenty of language for making a contact lens with ‘uneven surfaces’. 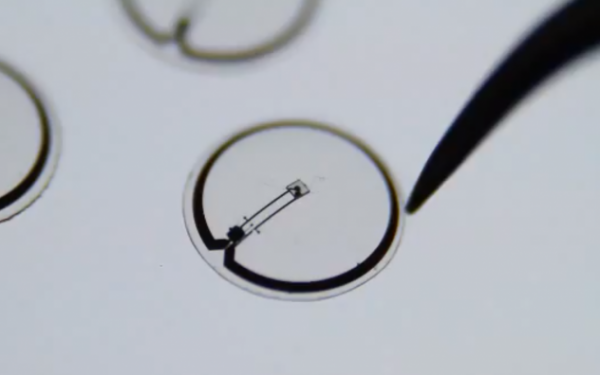 It’s obviously unclear what Google is planning for now, but at least one line of the abstract, “the substrate can be ring-shaped and curved prior to encapsulation”, suggests the sensors and/or chip layers may be pre-fabricated. The ‘encapsulation’ is the polymer mentioned above, and will probably be custom made according to your fitting at an optometrist.

A step further, but we’re still without news on when Google may offer these up for patients.