Google Assistant Memory could be its most exciting upgrade yet

Some productivity gurus emphasize that the brain is for thinking, not for holding “stuff”. While some scientists will definitely contest that claim, it’s hard to argue that the average human does find it hard to juggle many thoughts and ideas in their head all at once. That’s what notebooks, both paper and digital, have been used for centuries and Google is apparently looking into turning its AI-powered Assistant to become the Memory for your digital brain.

Google Assistant may have started out almost like a glorified voice-controlled Google Search but it has been envisioned to be, well, your digital assistant. Just like human assistants, it is meant to take care of menial stuff, like keeping tabs on your todos, filing tickets and receipts, and reminding you of important dates. Google Assistant already does that and soon it will also keep your spur-of-the-moment ideas and references.

9to5Google’s APK teardown of the Google app revealed what is being called Assistant’s “Memory” feature. In a nutshell, this would allow users to dump almost anything they encounter both in the real world and on the Internet. That includes photos of objects, notes, and places as well as screenshots, links, and more. Even Google Assistant’s current Reminders will soon be located in this Memory.

Storing things in Assistant’s Memory is a simple act of a voice command or a home screen shortcut. Retrieving them is just as easy, with a feed-like tab in the app, showing the memories in reverse chronological order of cards with Today’s latest on top. The app will also offer shortcuts to certain categories like Important, Read Later, etc. 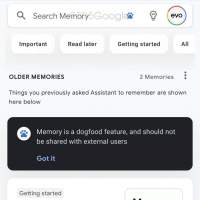 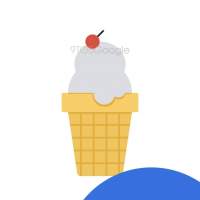 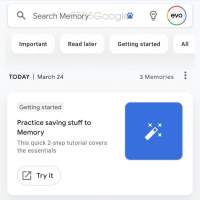 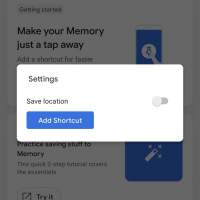 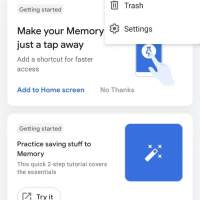 At the moment, Google Assistant Memory is being tested internally. As great as it sounds, there’s also a chance it never leaves Google’s doors in the end. That would be a shame, though, as this could be one of the most important features that the Assistant is getting in terms of actually helping put order in our chaotic modern lives.