Google has updated its Arts and Culture app with some nifty new functionality. If you download the app (or apply the new update, assuming you already had the app installed), you can share a selfie and have the app attempt to find your fine art doppelgänger. Unsurprisingly, this new functionality has taken the internet by storm, receiving a lot of attention on social media over the weekend.

Yes indeed, the Google Arts and Culture app has turned into something of a viral sensation since this update launched, with many people sharing their matches on sites like Twitter and Instagram. In some cases, the resemblance between the person and the piece of art is uncanny, while more frequently, the matches tend to be a little more baffling.

Obviously, Google’s tool isn’t meant to be some shining achievement of deep learning, but rather as a way to discover art you had no idea existed before booting up the app. The Google Arts and Culture app boasts a pretty large catalog of classic artwork, which helps explain. the matches where the person and the subject of the painting are eerily similar. In most cases, however, it seems that users can expect to share only a few details with the painting the app matches them with. 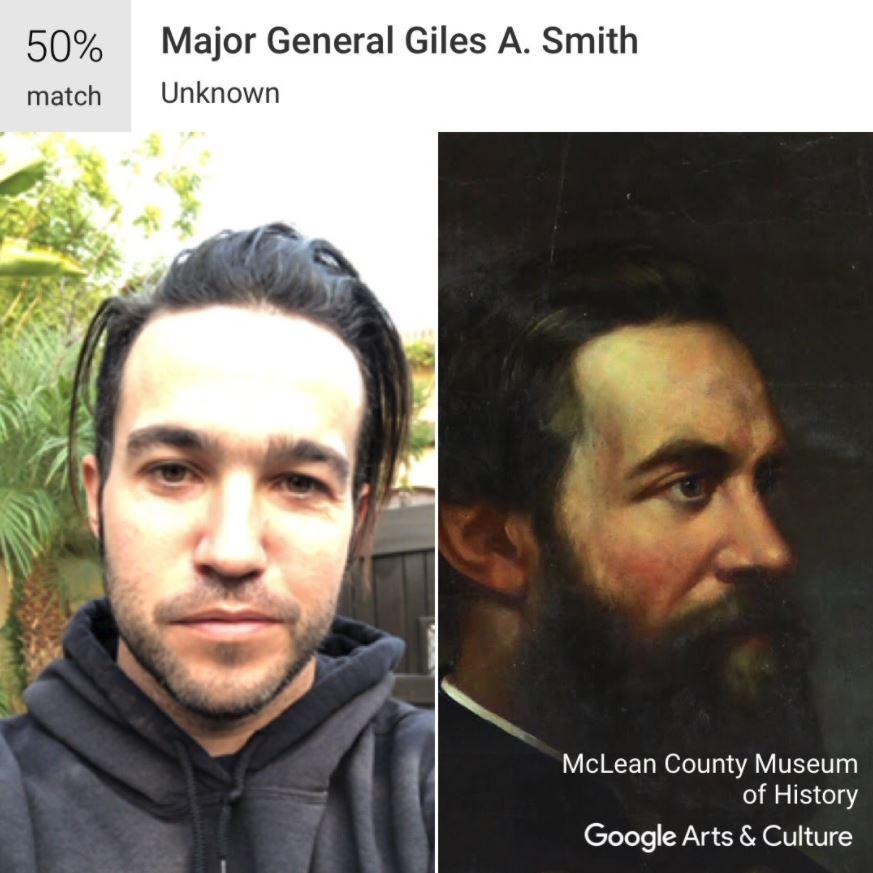 Still, even if it doesn’t deliver some kind of mind-blowing match each time you run a selfie through the service, what results is a pretty fun and addicting romp through the world of classic art. Even celebrities have gotten in on the action, with people like Pete Wentz sharing their results on social media. You can see one of his matches above.

To get the search for your fine art lookalike started, you simply need to download the Google Arts and Culture app for the Play Store [download]. Once you do that, you can submit your selfie, get matched, and then share it to your social media site of choice. It should be noted that this functionality is only available in the US for now, but we’ll likely see it come to other regions before long. Did you get any cool matches? Head down to the comments section and let us know!