The latest update to Google’s search system on Android and iOS devices is a meter that says when they’re busiest. It’s a “Popular times” meter, and it’ll show you when you’d be best to head in – and when the best time is to avoid. Popular times are listed for each individual day of the week, with a meter that’ll likely show you how you’ll want to avoid a coffee house near the start and the middle of the day – just get your coffee at supper time, that’s all.

If you’re heading in to a convenience store or a big-box store, you’ll find that times ramp up right around the end of the day – right where most people get off work. Popular times begin to ramp up starting around 9AM on Saturdays – and explode at around 11AM on Sundays if you live in North Dakota, where businesses are not allowed to be open from Midnight until 11AM on the day where the government wants you to go to church. 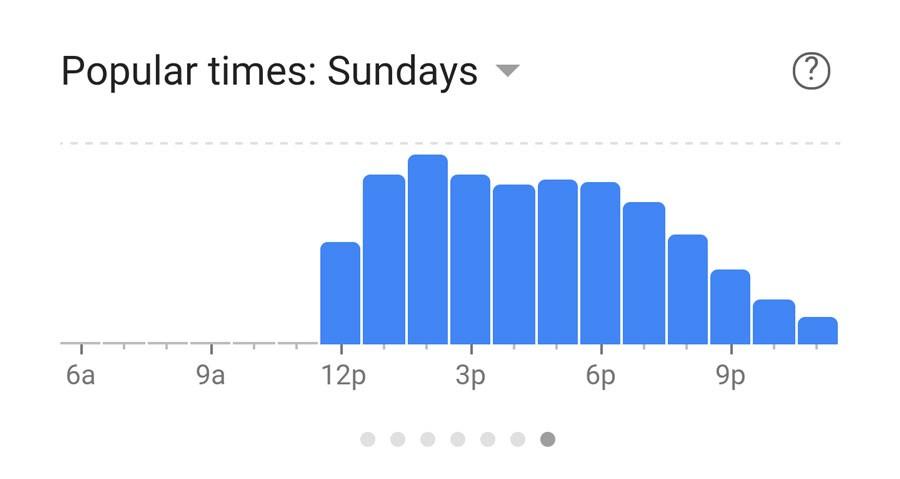 To see these times inside Google Search, you’ll want to head to your Google app in Google Play and hit the update button. If no update is available, chances are you’ve already got the update.

Search for a local business – most local large brand names are already onboard with this initiative. Scroll down below where your favorite local hotspot’s open hours are listed, and bang! You should see this new feature.

Information is based on “historical data”, which means you’re not going to see rushes dependent on sale events or any oddity like that. These times are still fairly general.