AlphaGo, the artificial intelligence from Google‘s DeepMind project, has finally had its winning streak against Go world champion Lee Sedol broken. While the AI won its third straight game against Lee yesterday, leaving the player disappointed and prompting an apology for not meeting expectations, 18-time world champion racked up a victory today, marking his first win against the machine out of five total matches.

AlphaGo’s first wins against Lee were the start of a landmark event, both in the worlds of AI research and the game of Go, as the computer had previously defeated European champion Fan Hui 5-0 last year. Lee was widely seen as a stronger opponent, which he finally proved in an exciting win.

The first matches saw, as observers noted, the AI using unusual strategies and surprising moves which didn’t make sense in the moment, but still resulted in victory. AlphaGo is said to adjust its strategy as the game goes on, constantly evaluating its position. 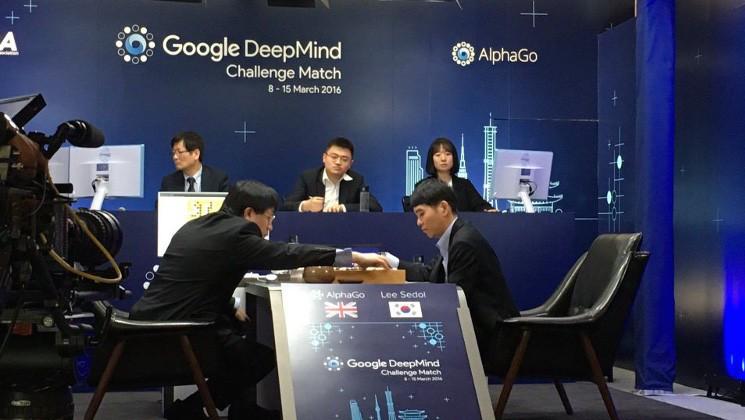 Demis Hassabis, the founder of DeepMind, was one of the first to praise Lee, noting that the human player was too strong for the AI today. He added that AlphaGo got confused and made a mistake on move 79, only to realize it on move 87. While all the matches against Lee have been important for the AI to further its learning, Hassabis said that it’s today’s loss that is very valuable, and they’ll need to study what exactly happened.

The significance of this event lies in the fact that Go, a board game originating from ancient China, has long been considered too difficult for computers to play at a competitive level, unlike AI’s success at the game of Chess. Go is seen as being incredibly more complex, requiring a human-level of intuition to master its strategies.

Google had offered up a $1 million prize for Lee if he could beat AlphaGo, but as he’s already lost three matches the money will go to charity instead. Lee and the computer will still complete their fifth match, which be held in the next few days.