God of War: Ragnarok’s stocky Thor has the internet buzzing

Yesterday, Sony fully revealed the next God of War game, which will be officially called God of War: Ragnarok. In that reveal trailer, we learned that Freya and Thor will be the primary antagonists in Ragnarok, though we didn’t get to see very much of Thor at all. Once the reveal was done, Sony Santa Monica revealed full character artwork for a variety of characters in the game, including Thor, and it’s safe to say that the reaction to Thor has been mixed.

If you were expecting a chiseled, buff Thor like the one we frequently (though not always) saw in the Marvel movies, then the full reveal of God of War‘s Thor probably missed the mark for you. In comparison to the muscle-bound Chris Hemsworth, God of War‘s Thor certainly looks a little more stocky, with a big belly and messy red hair.

Santa Monica Studio revealed a new look at these major characters in God of War: Ragnarok and their performers, including Thor and Angrboða, the mate of Loki and mother of monsters (at least in Norse mythology). #PlayStationShowcase pic.twitter.com/EyPFfblBWK

The reveal of Thor seems to have God of War fans divided. Some are saying that this Thor is not what they expected, while others are arguing that God of War‘s Thor better aligns with the way he was described in Norse mythology. Indeed, according to Wikipedia, the Poetic Edda desribes a disguised Thor who “eats and drinks ferociously, consuming entire animals and three casks of mead.” It’s hard to imagine Thor looking much like his Marvel depiction if he makes a habit of voracious eating and drinking like that. 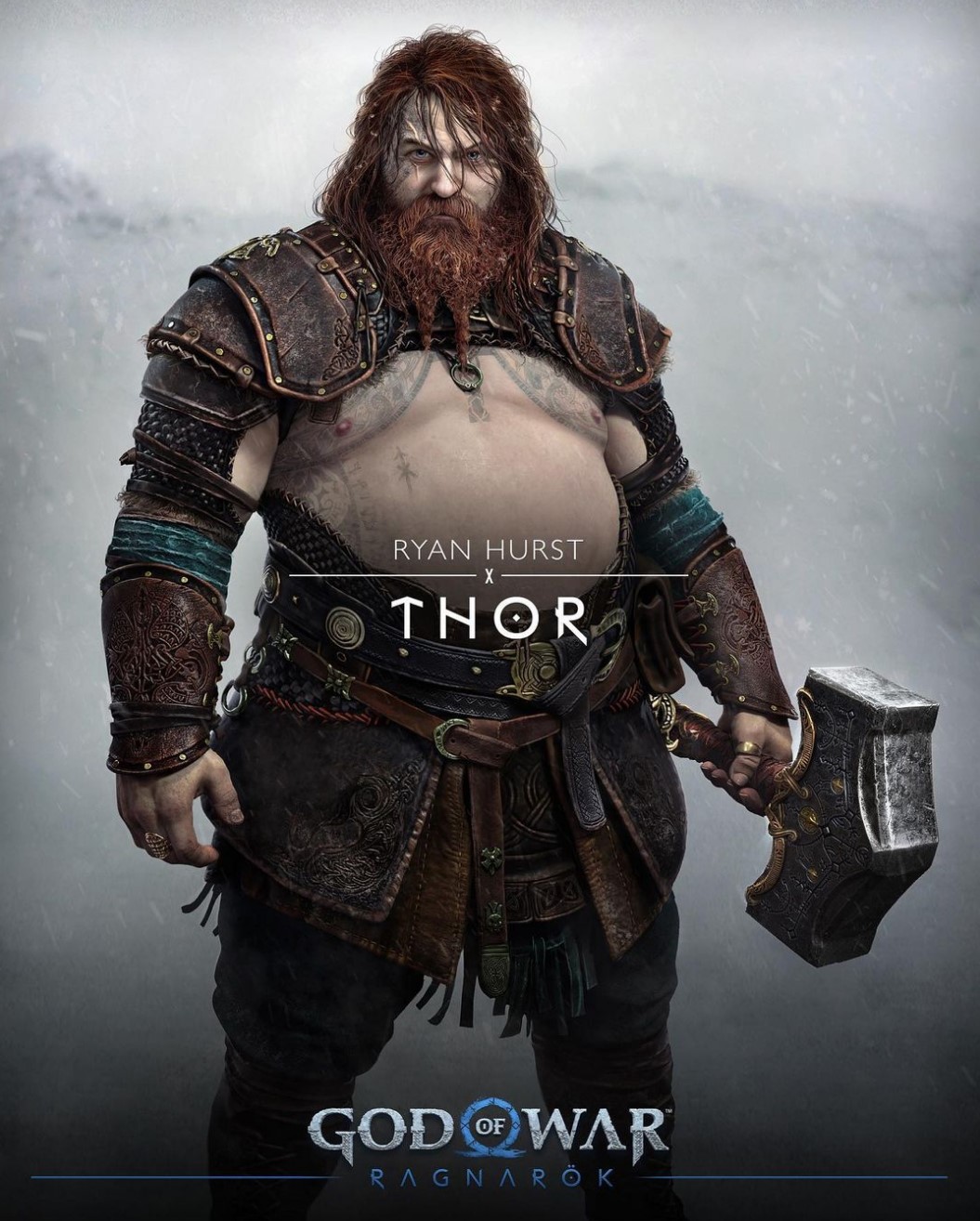 Regardless of whether or not God of War‘s Thor is mythologically accurate, there’s no question that he’s going to be a powerful foe in the game with that kind of strongman build. He has plenty of reason to be angry with Kratos and Atreus as well, as they dispatched a number of his family members in 2018’s God of War.

Unfortunately, yesterday’s full reveal of the God of War: Ragnarok was not accompanied by a release date for the game. All we know is that Ragnarok will be launching for PlayStation 4 and PlayStation 5 at some point in 2022. We’ll let you know when Sony shares more, but for now, we’ll have to settle for debating about Ragnarok‘s stocky Thor.