Power outages are no longer a rarity in the US, and increasingly people are asking what’s the most cost-effective and flexible way to keep the essentials going when the grid goes down. If you’re dealing with roughly 24 hour outages, a big portable battery like the Goal Zero Yeti 1000 Core can make sure you still have lighting, internet, and a fridge that stays cool, even if there are some caveats to bear in mind too.

This is not your portable phone charger. Inside the Yeti 1000 Core is a 1,000 Wh lithium battery, enough to recharge the average smartphone more than 80 times, or a laptop about 20 times. It’s priced at $999.95. 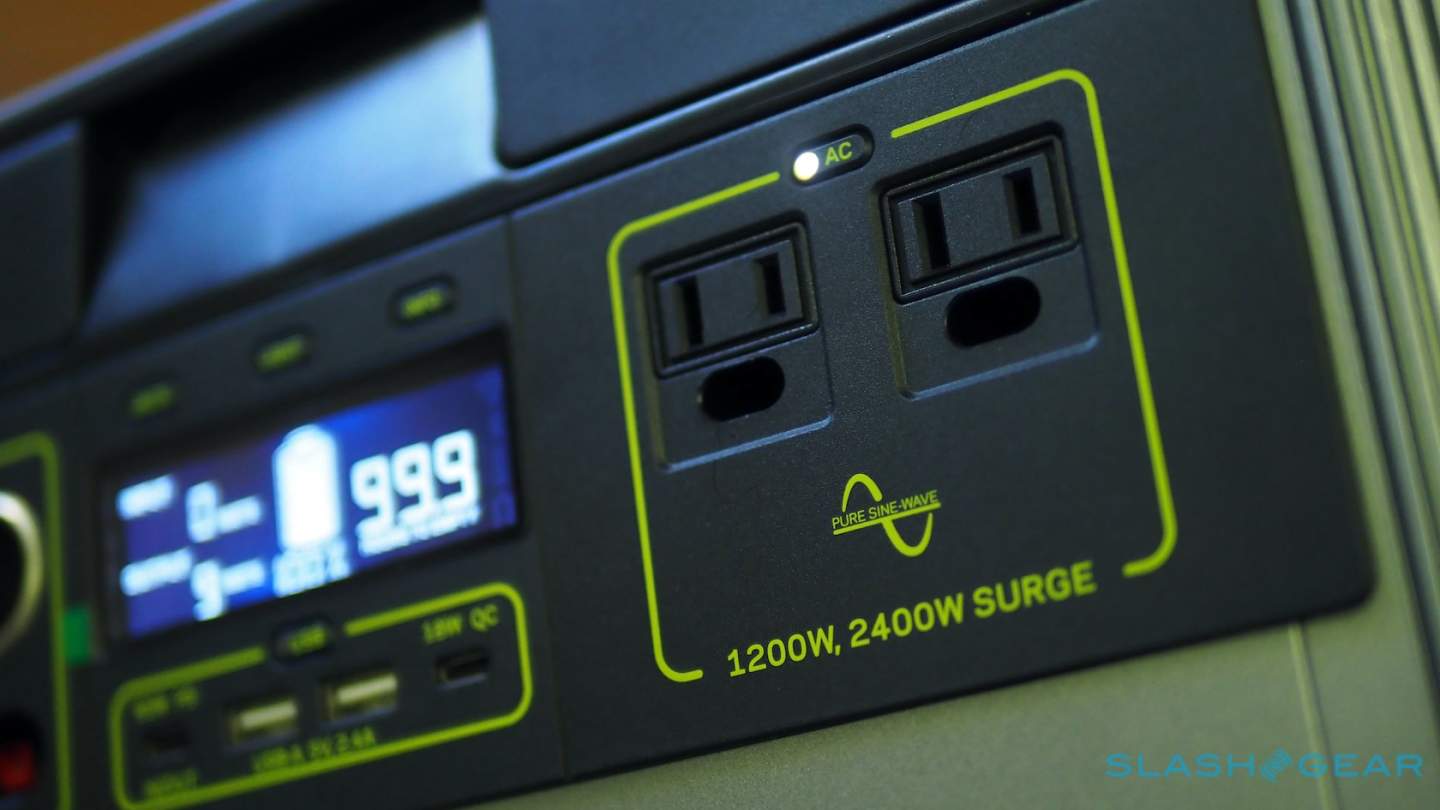 Where it really comes into its own, though, is when you have a key appliance you need to stay powered up. The Yeti 1000 Core’s AC outlets can run a refrigerator, which is what I use it most often for. The AC inverter inside is 1,200 watts, and can support up to 2,400 watt surges – that’s important, since your refrigerator will demand more power when the compressor kicks in periodically, before settling down to a lower load.

It’s worth checking the label on your refrigerator or freezer – or, indeed, any other device you’re hoping to plug in – to make sure the loads aren’t higher than the Yeti 1000 Core can deliver. Goal Zero does have models with higher load ratings, though they’re more expensive as a result. My fairly typical fridge-freezer combo had no issues, and would’ve run for around 15-18 hours when plugged into the battery on its own. 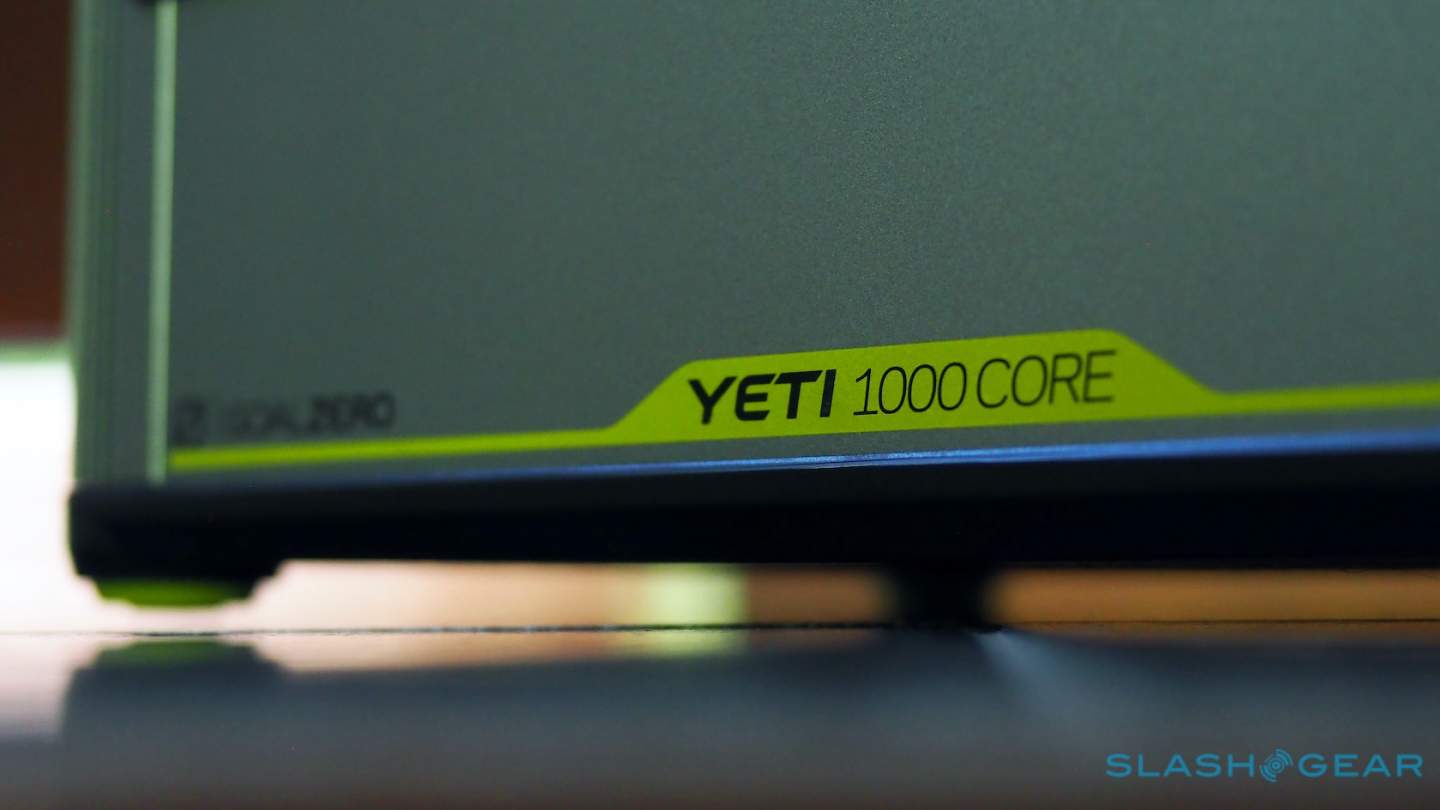 A 42-inch LED TV could run for up to 10 hours, Goal Zero says; that’s probably more useful for tailgating or camping trips (well, maybe glamping trips), but highlights how useful something like the Yeti 1000 Core can be outside of just handling power outages. A 60W pellet grill could smoke a brisket or pork shoulder for up to 17 hours.

Obviously how you use your appliances will cause the total runtime to vary. If you avoid opening the refrigerator door, it’ll need less power to keep what’s inside cool than if you’re grabbing something every five minutes. Similarly, LED lights are far more frugal than incandescent bulbs.

There’s a display in the middle, which shows the current battery level, how much power is going out of (or into) the battery, and an estimate of how long the Yeti 1000 Core will last based on the current load. You can turn the display off, and switch between different units – watts or volts, for example – depending on what you want to know. 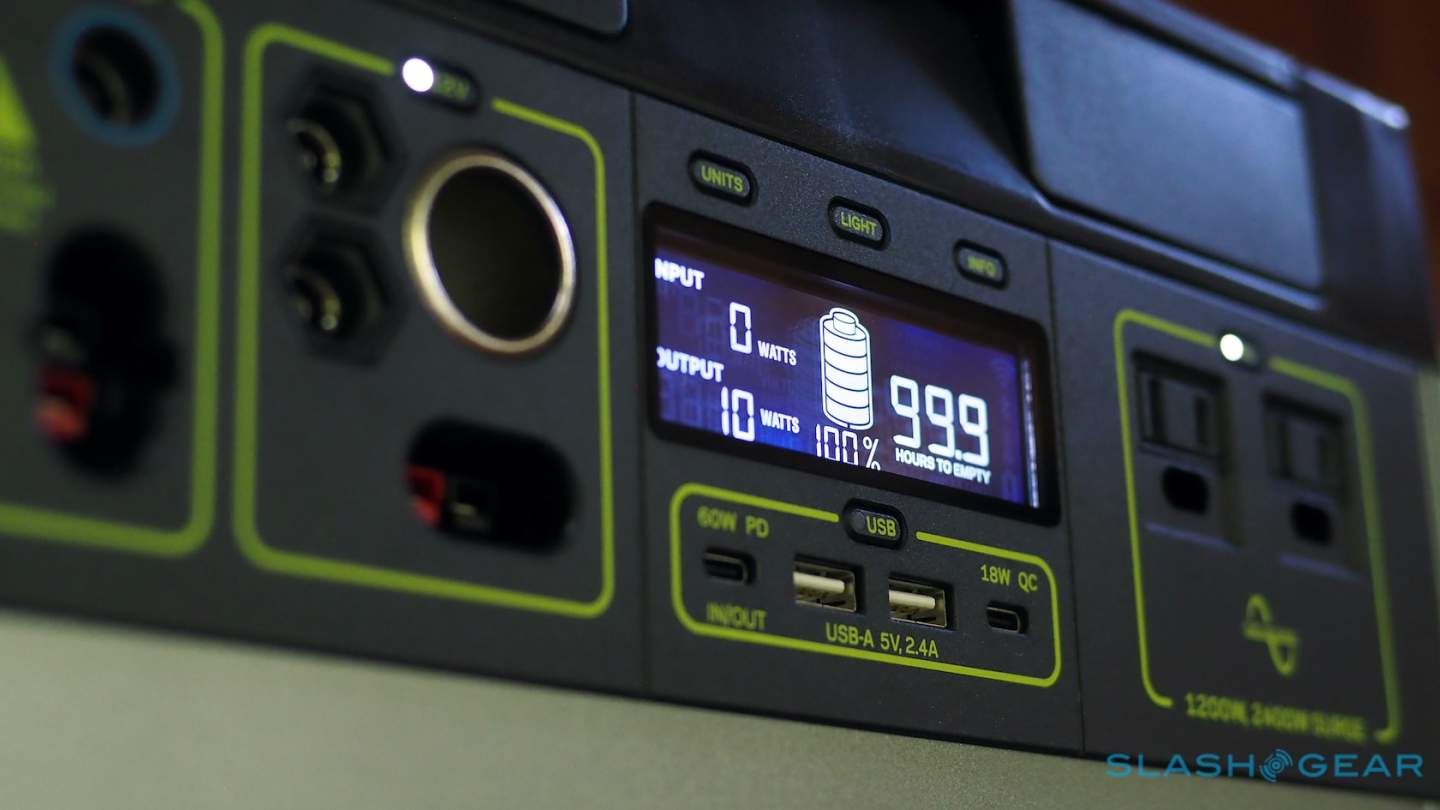 How do I plug in?

There are multiple connections on the front of the Yeti 1000 Core, depending on what you want to plug in. Two USB Type-A each deliver 5V 2.4A, a USB Type-C supports 18W QuickCharge, and a USB-C PD outputs 60W for laptops and tablets. 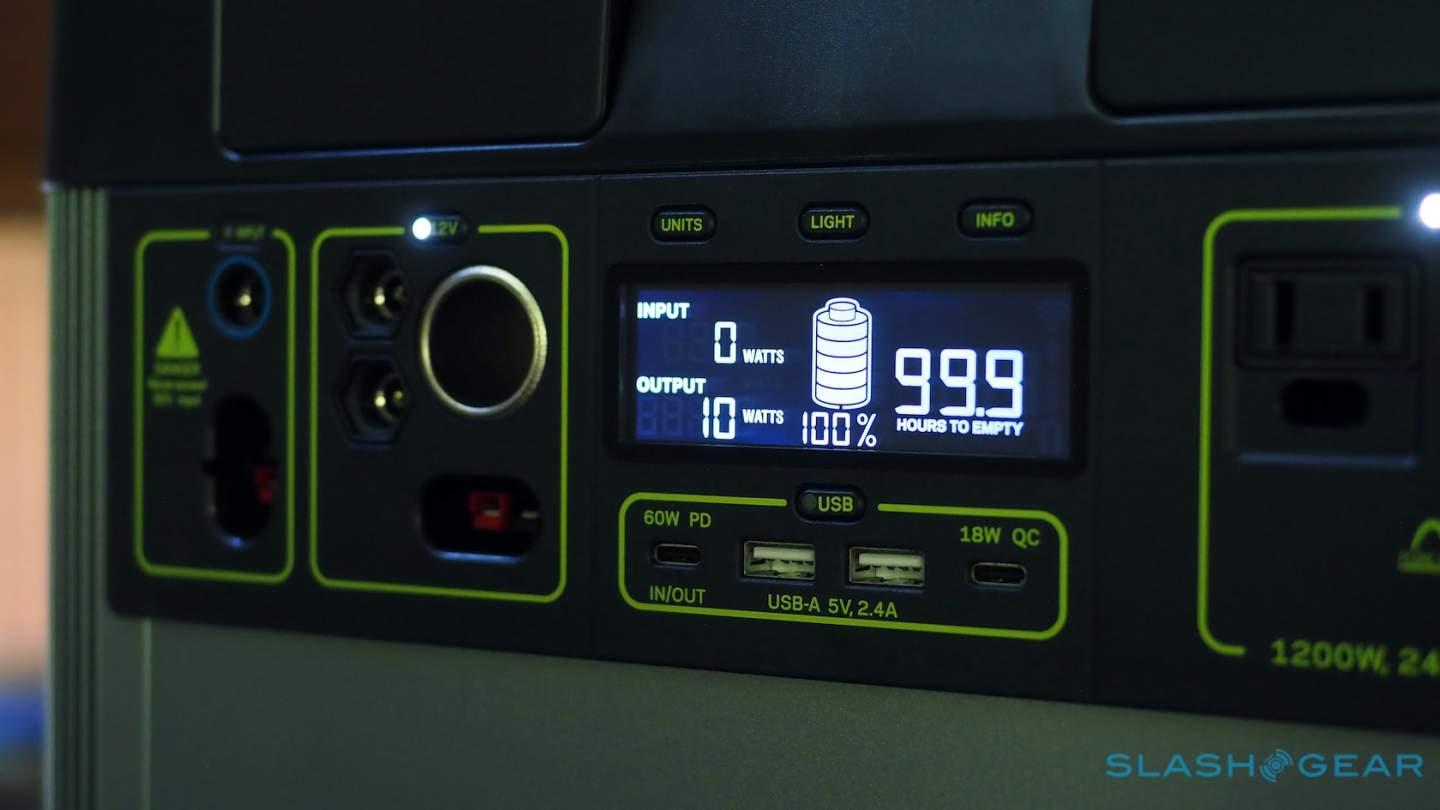 Two 120V AC outlets are next to that, from which you can run appliances or power adapters. You can also plug in an extension cable or a power strip, just as long as the total load doesn’t exceed what the Yeti 1000 Core can support. I’ve used that to run a refrigerator in one room, and then keep the cable modem running in another along with a few LED lights.

Finally, there’s a 12V regulated outlet and a 12V HPP output, along with 6mm output ports. Buttons in each of the three port sections allow you to selectively power on or off each set of outlets.

At some point, no matter how large, your big battery is going to need charging up. They’re designed to stay plugged into a mains power supply and keep topped up, ready for when they’re needed, though a full charge of the Yeti 1000 Core takes about 9 hours with the supplied adapter or 5 hours with the optional 230W adapter. 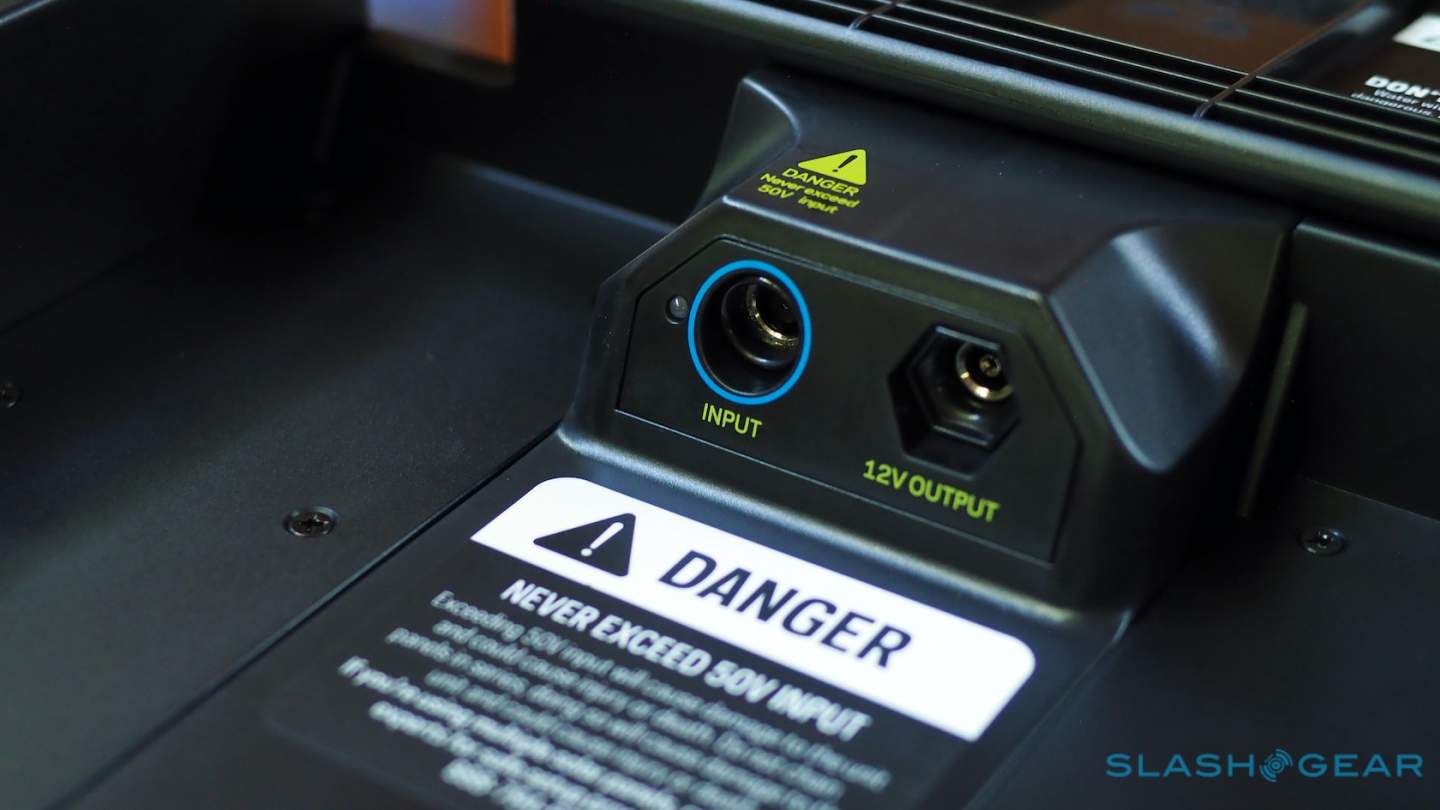 The USB-C PD port also works as a power input, so you could use your laptop charger to help recharge the Goal Zero. An optional 12V car charger allows a car or truck to top it up too, taking about 9 hours.

There’s also solar power to consider. A 300W solar panel, plugged into the Yeti 1000 Core, will fully charge it in 4 hours with sufficient direct sunlight. Obviously if you’re in the midst of a storm that’s not going to be an option, so it’s very weather-dependent. You can daisy-chain multiple solar panels together, as long as the total input to the battery doesn’t exceed 50V.

There are a few different ways to make sure you have some degree of power during an outage, and all have their pros and cons. The two most commonplace options are whole-home generators, sometimes known as home backup generators, and portable gas generators.

If you want the closest experience to regular, grid power, a whole-home generator is the answer. Professionally installed, depending on model you can power everything in your house just as normal; they’re designed so that backup power, generated from your gas supply, kicks in automatically when the electric grid goes down. The downside is cost: figure on $4,000-5,000 for a typical generator, then several thousand more for installation.

You’ll also likely need a new circuit breaker box with a transfer switch that handles the flip from grid to generator power and back, and if your home wiring isn’t up to scratch then budget more for addressing that, too. You can save a little on generator costs by prioritizing a few key outlets and appliances and going for a smaller model, but it’s still an expensive option. 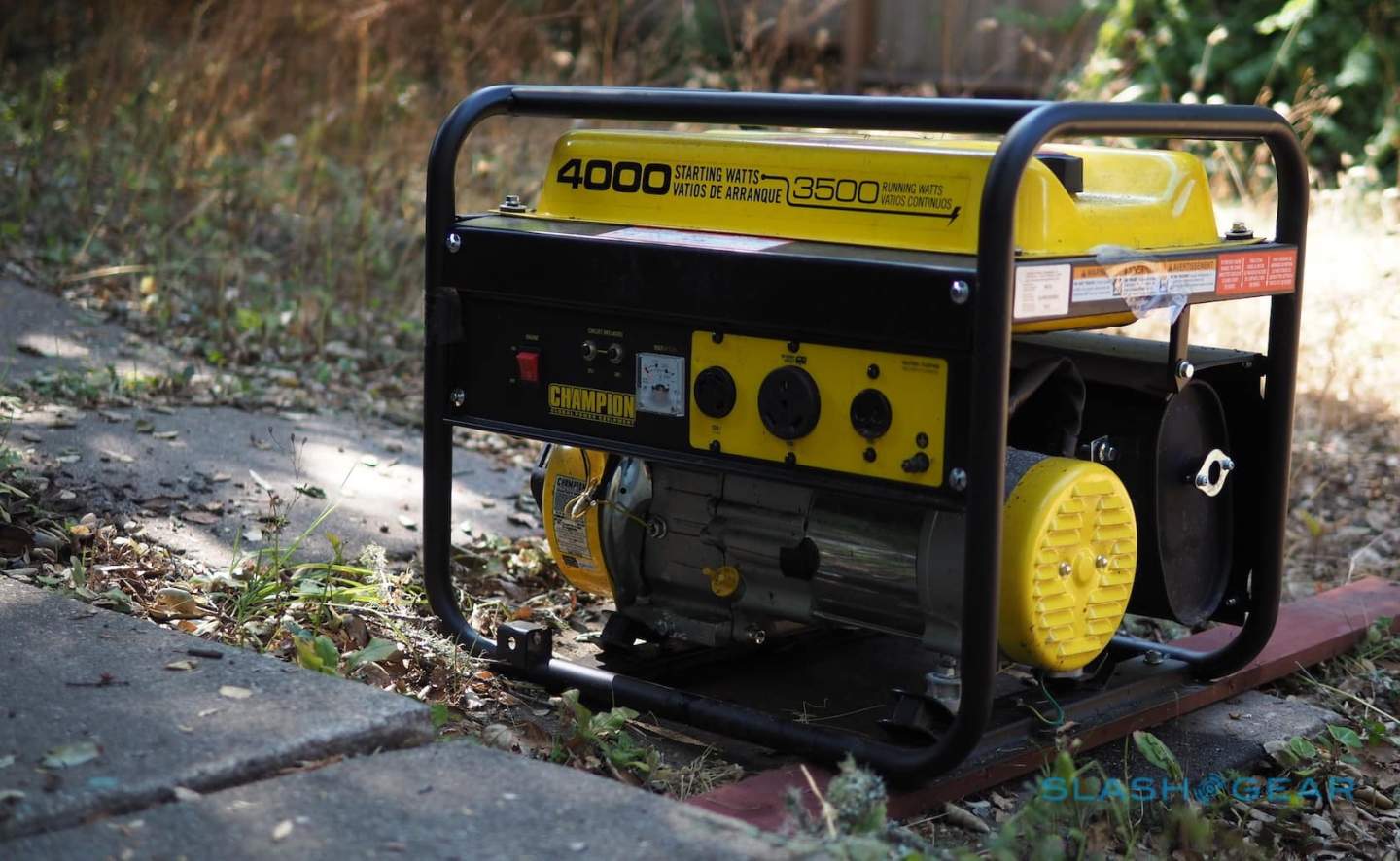 Portable gas generators are more familiar, and more affordable. Decent models start at around $500; the more you spend, the more power they can output and typically the quieter they run. The upside is that they can keep running as long as you put gasoline in them; the downsides are noise, vibrations, and most dangerously the exhaust gases.

Every year there are multiple deaths in the US from people running generators indoors, in enclosed spaces, or too close to windows. Carbon monoxide gas is colorless, odorless, and tasteless, not to mention deadly if inhaled. It’s not to say a portable gas generator is a bad idea, you just have to make sure it’s sufficiently distant from your house – though still protected from bad weather – in order to use it safely. 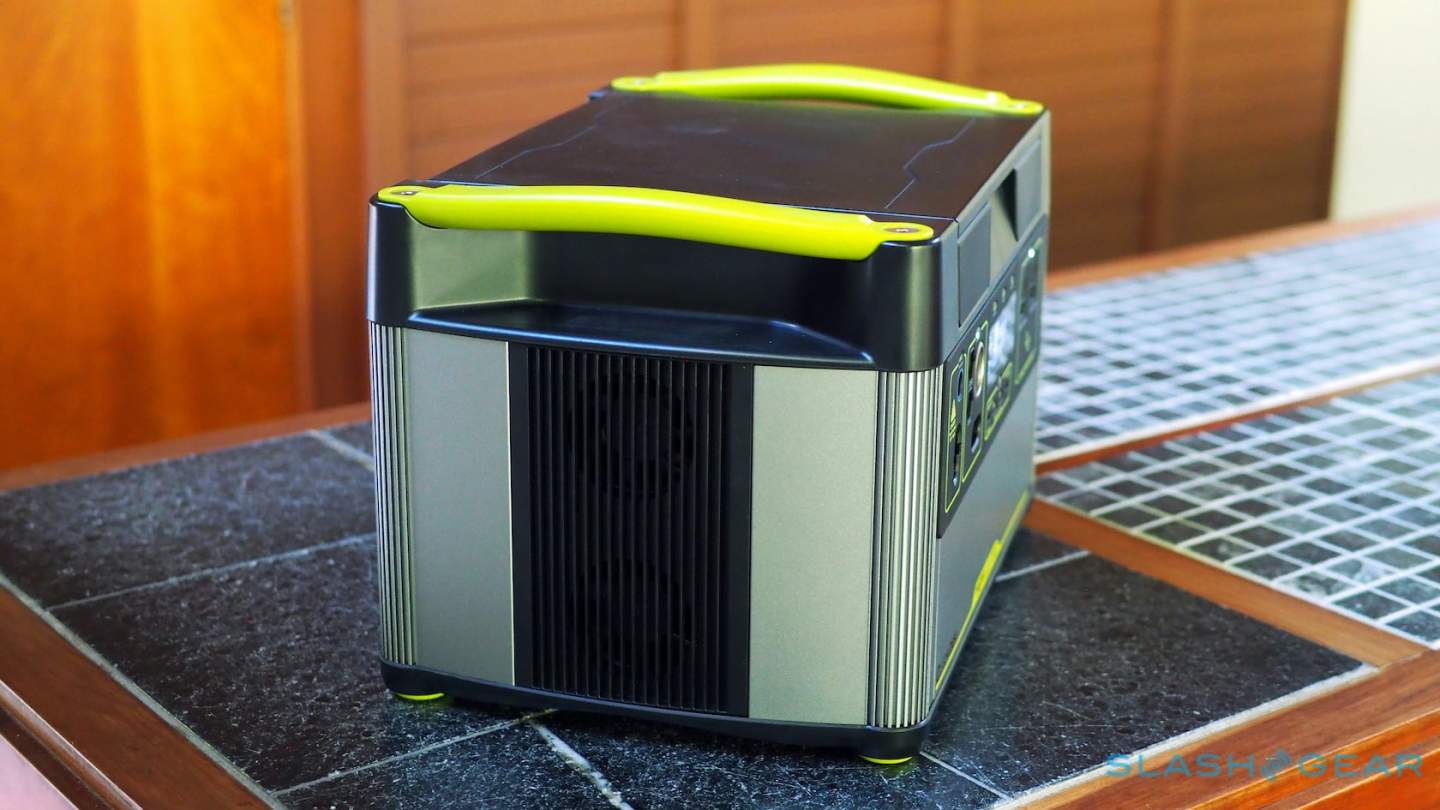 A gas generator and a Yeti 1000 Core actually work pretty well in tandem. Given the noise, exhaust fumes, and all, I’m sometimes wary of leaving a portable gas generator running overnight. However using it to top up the Goal Zero battery during the day, and then switching over to the Yeti 1000 Core to run appliances during the night is useful.

Compared to some of Goal Zero’s range, the Yeti 1000 Core trims things to the essentials. There’s no WiFi as some models offer: that allows you to remotely monitor battery status from the company’s app. If you’re planning to rely on solar to recharge, maybe while you’re camping or otherwise on the road, some other models have more efficient solar converters too. 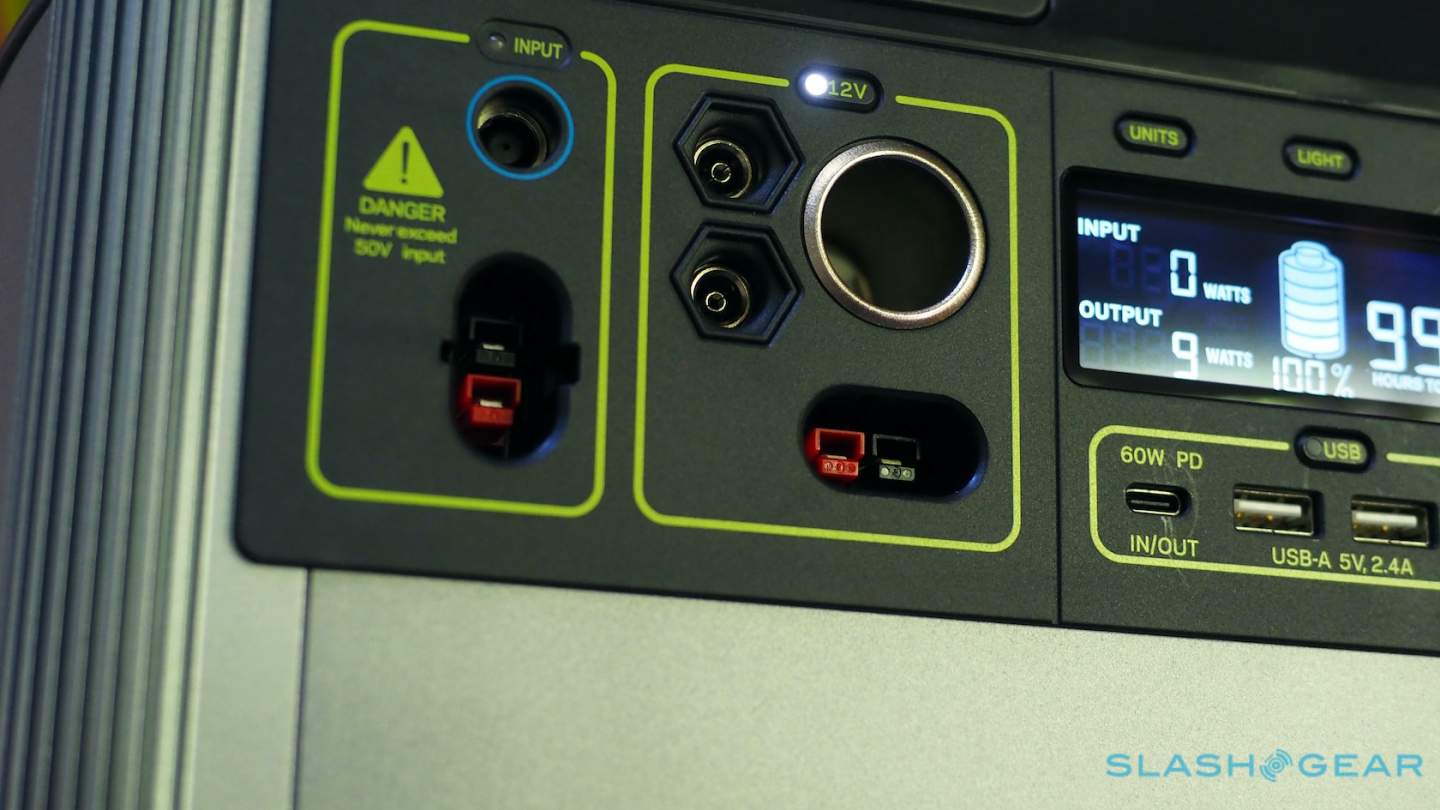 It’s also worth noting that the “charge remaining” estimate can vary widely, since it’s based on real-time load. With a refrigerator’s compressor running, for instance, it could read 4-5 hours; with the compressor off, as it is most of the time unless you’re frequently opening the door, it could jump back to 10-15 hours.

Having more efficient appliances in the first place maximizes how much runtime you’ll get overall, but it can take living with the Yeti 1000 Core to figure out just what sort of outage length you can actually handle.

Why I recommend the Goal Zero Yeti 1000 Core

Electricity is one of those things you take for granted – right up until the point where it’s missing. While a battery like the Yeti 1000 Core isn’t going to keep your whole house running as normal, it’s still enough to prevent things like a freezer defrosting, make sure your cable modem is running, and charge up a few essentials like your phone and laptop while you wait for an outage to end. 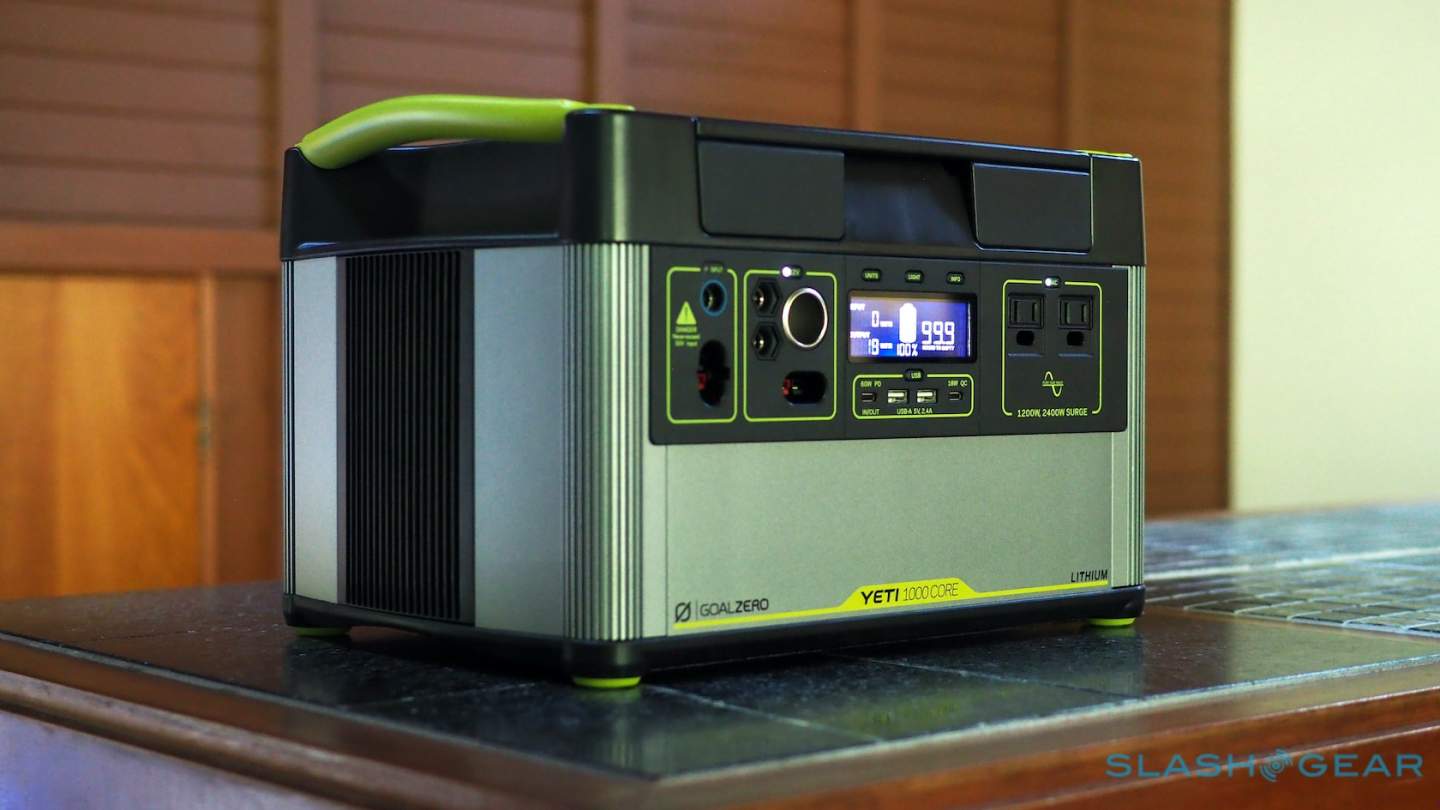 Yes, it lacks some of the more advanced features of other models, but the upside there is price. At $999.95 it’s a lot more affordable, and even if you later upgrade to a whole-home generator – or add in a portable gas generator – the Yeti 1000 Core is still highly usable and useful. That’s before you think of it as a tailgating and camping accessory. Planning ahead for outages may not be the most fun way to spend money, but it seems a whole lot more worthwhile when you’re sitting in the dark later on.