Some owners of the Apple Watch lament the fact that the wearable has no cameras on it for taking selfies or other images on the go. A company called Glide has a new product that will fix that omission and won’t impact the runtime of the Apple Watch itself. The product is called the CMRA strap.

The CMRA strap adds a 2MP camera that faces the wearer of the Apple Watch and an 8MP camera that faces away from the wearer to allow them to take pictures of whatever they may see. “The camera is only valuable when it is out and ready to take a photo or video,” says Glide CEO Ari Roisman. “Our phones live in our pockets.” 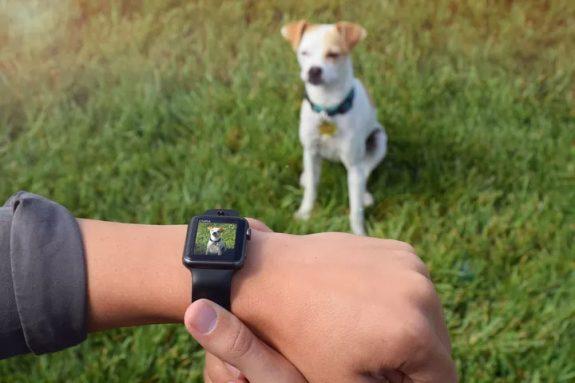 The idea behind having two cameras on your Apple Watch strap is a good one for many people. You can do things like take selfies and video chat on the watch. Glide is taking pre-orders for the watch band right now. While you can pre-order now, the CMRA band isn’t set to ship until next spring. The CMRA strap will sell for $249 at normal retail pricing.

The cheapest pre-order price for those who order earliest is $149 with normal pre-order pricing set at $199. That isn’t cheap and you do need to charge both the watch and the CMRA strap. The strap does have 8GB of its own storage for images. Another nice tidbit is that the CMRA charger can also charge the watch at the same time and has an integrated battery allowing you to charge your watch and the strap two times each while on the go. Buyers have the option of black, blue and white colors. A special grey color is available for pre-orders only.