Anyone who grew up in the ’80s will remember going into arcades that crowded malls and other places to play video games. If you went into those arcades as a very young child, you probably remember having to stretch up to reach the controls and how gigantic the machines seemed. A man named Jason Chamberis has built his own gigantic arcade machine that will make a grown man feel like a child again. 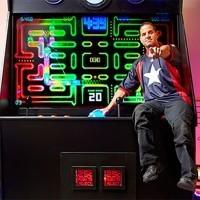 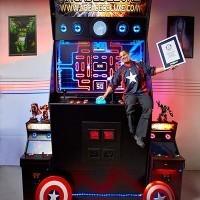 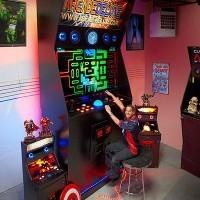 The machine is fully functional and has over 200 classic arcade machines installed including PacMan. To allow people to enjoy playing the machine, it has stairs that slide out from the bottom allowing players to reach the controls.

Controls include joysticks, big red buttons, and a 16-inch track ball. That massive track ball would let you get your Millipede on. Even with the pull out stairs, using the giant controls would be a… handful. Check out the video to see more about the massive arcade machine.