Gigabyte has jumped aboard the ultrabook bandwagon, revealing a pair of the MacBook Air rivaling ultraportables, the U2442N and U2442V, packing Intel Core i5 and i7 processors. Revealed at CeBIT 2012 this week, the two models have 14-inch 1600 x 900 LED-backlit displays and NVIDIA GeForce GT 640M 2GB graphics, along with either SSD or HDD storage.

The U2442N is the bruiser of the two, with a choice of Core i5 or i7 standard voltage processors for those looking to do serious work with their ultrabook. The U2442V, meanwhile, uses ULV (ultra-low voltage) versions of the Intel chips, for improved battery life, though Gigabyte isn’t saying exactly how long either machine will last on a single charge.

Storage is either SSD or up to 750GB HDD, while connectivity includes dual-antenna WiFi, Bluetooth 4.0, USB 3.0 and – optionally – a Thunderbolt port. The keyboard is backlit for easier low-light typing, and the notebooks measure between 18.5 and 20.5mm thick and weigh under 1.49kg.

No word on when, exactly, the new Gigabyte ultrabooks will go on sale, nor how much they’ll cost. We’ll update when we know more from the company itself. Update: Gigabyte tells us that pricing hasn’t been finalized, but the new ultrabooks should arrive in the US in Q2 2012. 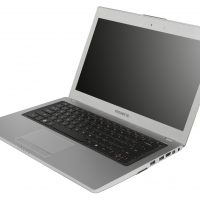 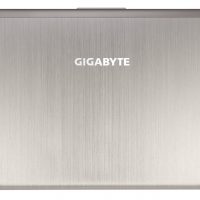 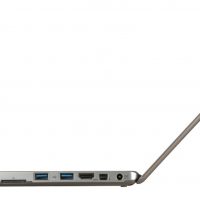 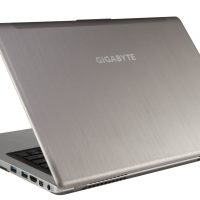 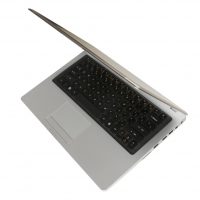