Researchers from the Fraunhofer Institute for Optronics, System Technologies and Image Exploitation (ISOB) in Germany have created an autonomous underwater robot to save people from drowning. In Germany, almost 420 people drowned in 2019, with most drownings occurring in freshwater lakes or swimming pools. One reason so many people drowned in Germany is that there are few trained lifeguards to watch over swimming pools.

ISOB researchers want to prevent drownings and have developed an aquatic robot that is the only one of its kind in the world. The robot is designed to work with lifeguards and rescue swimmers in an emergency. ISOB scientists have used underwater robotics expertise to develop the autonomous system and have created a vehicle known as DEDAVE.

The robot can recognize typical postures when someone is in danger using surveillance cameras mounted on the swimming pool ceiling to register movement patterns and position of the drowning person in the pool. The cameras send coordinates to the robot that stays stored away in a docking station floor of the swimming pool. When a drowning person is recognized in the water, the docking station opens, and the vehicle heads to the coordinates provided by the cameras to locate the endangered person and carry them to the surface. 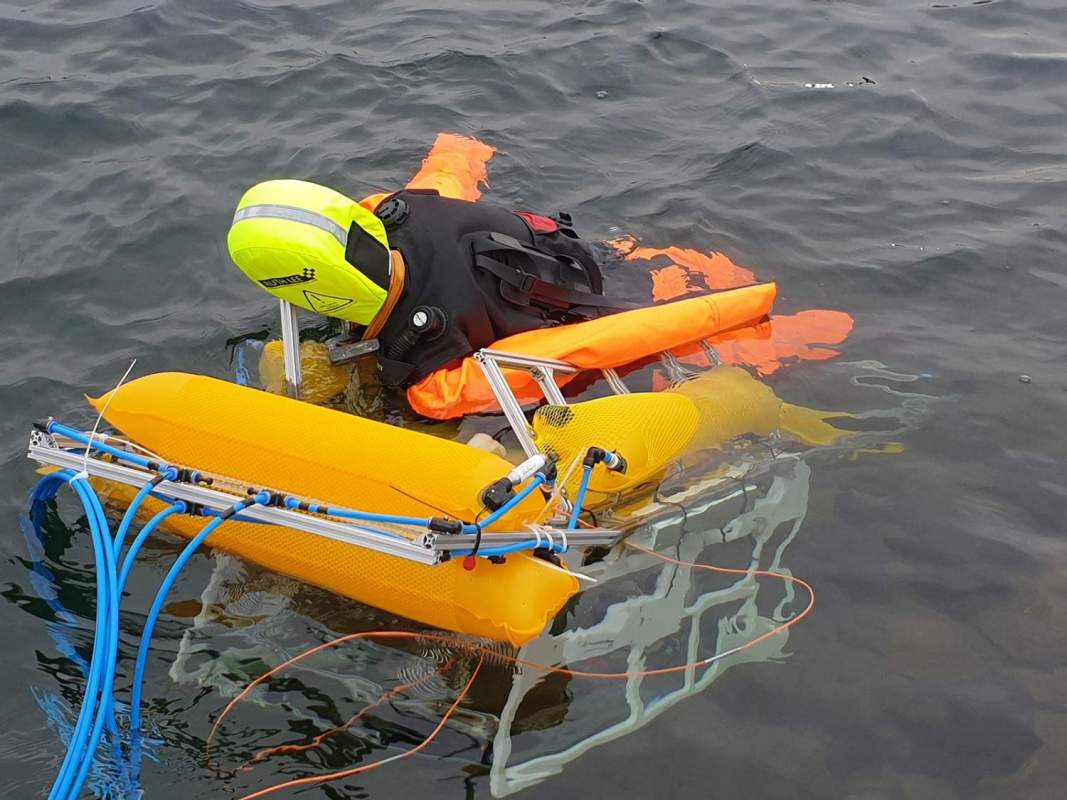 The robot features a mechanism for fixing the victim in place to prevent them from sliding down as the robot surfaces. The robot in the image looks like an underwater submersible that might be used for exploring shipwrecks; future versions will be modeled on the stingray. When used at lakes or other outdoor destinations, drones and zeppelin systems would provide surveillance cameras.

Acoustic sensors would be fitted to the autonomous vehicle for use in lakes where visibility is restricted. Soundwave echoes could be used to determine the position and orientation of the victim so the robot could head to the correct location and pick up the person. The robot was successful in rescuing a dummy victim in open water during testing.