Recently we’ve heard a whole lot about the epic release and defamation of Pokemon Yellow for iPhone, a game that turned out to be a scam and was thusly removed from the market. Because this game became so popular it reached the top 10 in the iTunes App Store before it was removed from the market, we decided to go on a hunt for the best Pokemon alternative on the market instead. Turns out there’s one that stands out above the best – not necessarily because it commands its own genre, but because it replicates the original Pokemon game so precisely!

What you get with GeoSociety is not only the same basic set of controls you get with Pokemon, but the same general plot line as well. All the strage components are there, from you waking up in your mothers house without a clue of what you’re supposed to do in the world to your very own training center where you choose from one of three monsters to carry around with you the rest of the game! The big difference is in the details: there’s no Gary, for example, to annoy you throughout the game.

You still get to battle, to collect monsters throughout the game to do battle with – you even get to explore the world with essentially the same pixel-heavy graphics that the Pokemon franchise has loved for so long. The battle sequence is also turn-based, you can choose which moves your monster is doing, and you battle both wild monsters as well as other human opponents with their own contenders. Then there’s the bonuses: like being able to run instead of having to walk through the whole game. No need for a bike! 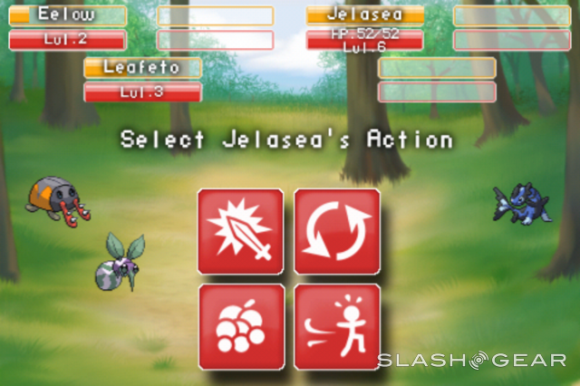 This game will cost you $1.99 on the App Store right this second and I can’t believe how fun it really, really is. I’ve literally not had this much Pokemon-related fun since I played Pokemon Red on my original GameBoy. Grab it! 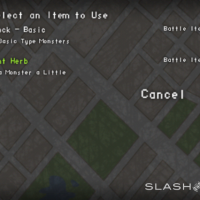 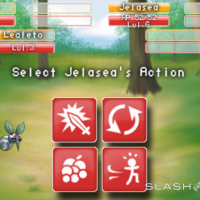 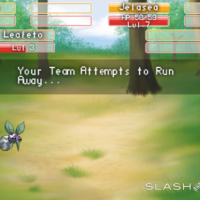 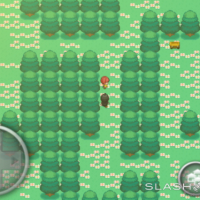 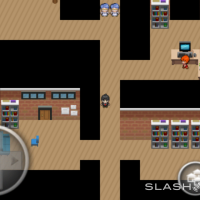 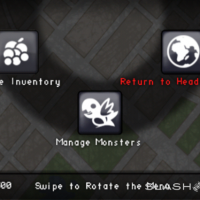 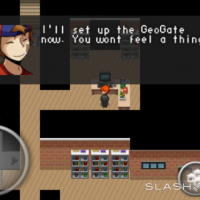