After a first few awkward and ill-fated attempts, drone shows have become a bit more common these days, at least for companies and organizations that can afford to deploy as many drones possible to create a captivating nighttime show. If you thought Intel’s 1,218 drones in the 2018 Winter Olympics was already breath-taking, then the more than 3,000 drones that lit up central Shanghai might be even more enchanting, courtesy of Hyundai’s luxury marque Genesis.

You might be wondering why a car maker would use a drone-based stunt to mark its launch in the Chinese market. True, cars and drones share some common elements but they’re more like distant cousins than siblings. It all boils down to messaging, however, and Genesis’ particular message is that its DNA, represented by the double helix that the drones formed at one point, is one defined by daring and audacity. 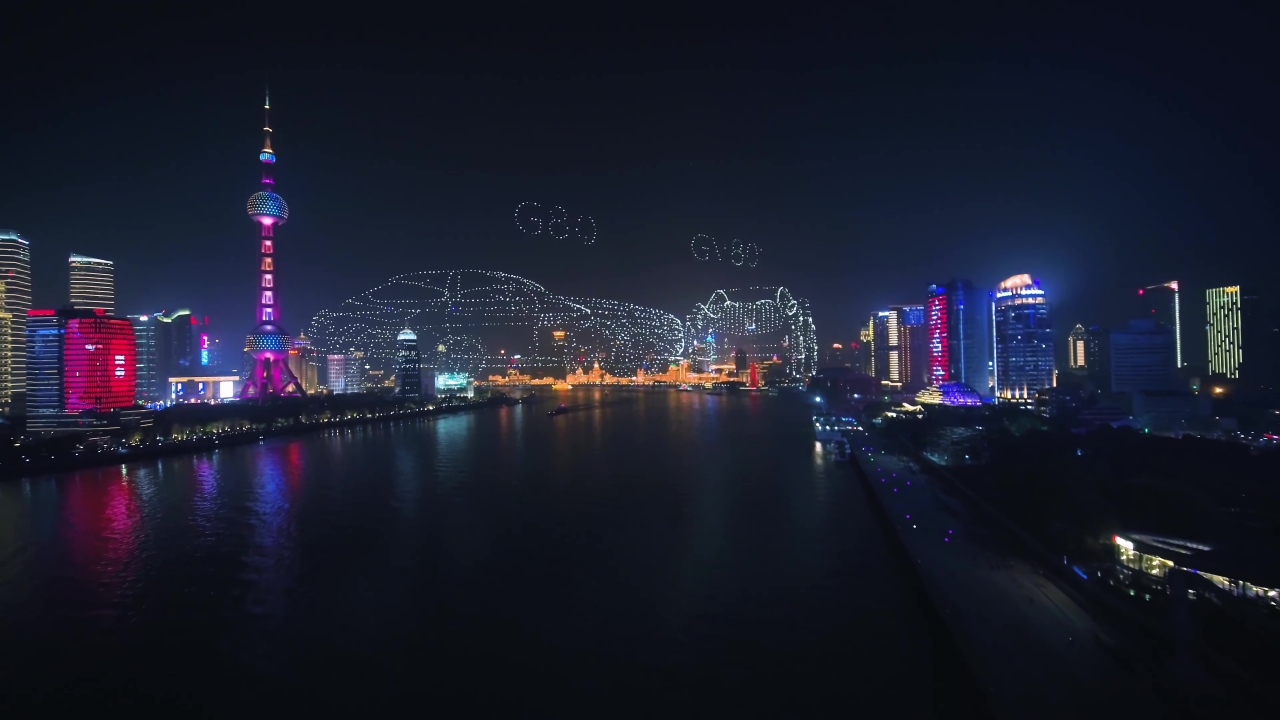 The drone show goes through a pictorial narration of Genesis’ story in the Chinese market, aptly titled “The Genesis of Genesis”. It also showed off some of the carmaker’s signature design elements, like the Genesis silhouette and Crest grille. The drones also recreated the likeness of the G80 and GV80, the brand’s most recognized models that it just unveiled for its new Chinese market.

On a technical level, the show’s climax made use of 3,281 drones at the same time, earning the Guinness World Record for “The Most Unmanned Aerial Vehicles (UAVs) Airborne Simultaneously”. The previous record-holder was Shenzhen Damoda Intelligent Control Technology, also based in China, who set that record last September with 3,051 drones.

With that big splash, Genesis is hoping to make Chinese consumers aware of the spirit of the brand that challenges conventions and breaks boundaries. The company promises to bring more inspiring Genesis experiences to the market, including an all-new business model just for the Chinese market, one that centers around designing an almost intimate relationship with what it calls Generation Genesis.