Today a report delivered new HD images from the Gemini South telescope in Chile showing the birth of a star. These images were captured using a wide-field adaptive optics camera in combination with the telescope, producing near-infrared composite images of a 33 trillion-mile section of The Western Wall of the Carina Nebula.

Rice University’s Patrick Hartigan and Andrea Isella and Dublin City University’s Turlough Downes published the imagery and their report this week in Astrophysical Journal Letters. The images were originally captured back in January of 2018 over the span of 10 hours.

A lot of the most notable imagery of the night sky comes from the most famous modern telescope system: Hubble. Hubble wouldn’t have been able to assist with this set of images for a few very important reasons. “Hubble operates at optical and ultraviolet wavelengths that are blocked by dust in star-forming regions like these.”

With the system used for this report, researchers used near-infrared light capable of penetrating the outer layers of molecular clouds. The Gemini South imager also uses what Hartigan describes as “a mirror that changes its shape to correct for shimmering in our atmosphere.”

This is only a taste of the next-level imagery we’ll be able to capture in the future with the Webb space telescope. The images captured here require the advanced optics to appear this sharp and clear. With Webb, another step beyond Hubble, we’ll be able to see space with a combination of wavelengths and clarity not yet available with any other combination of instruments. 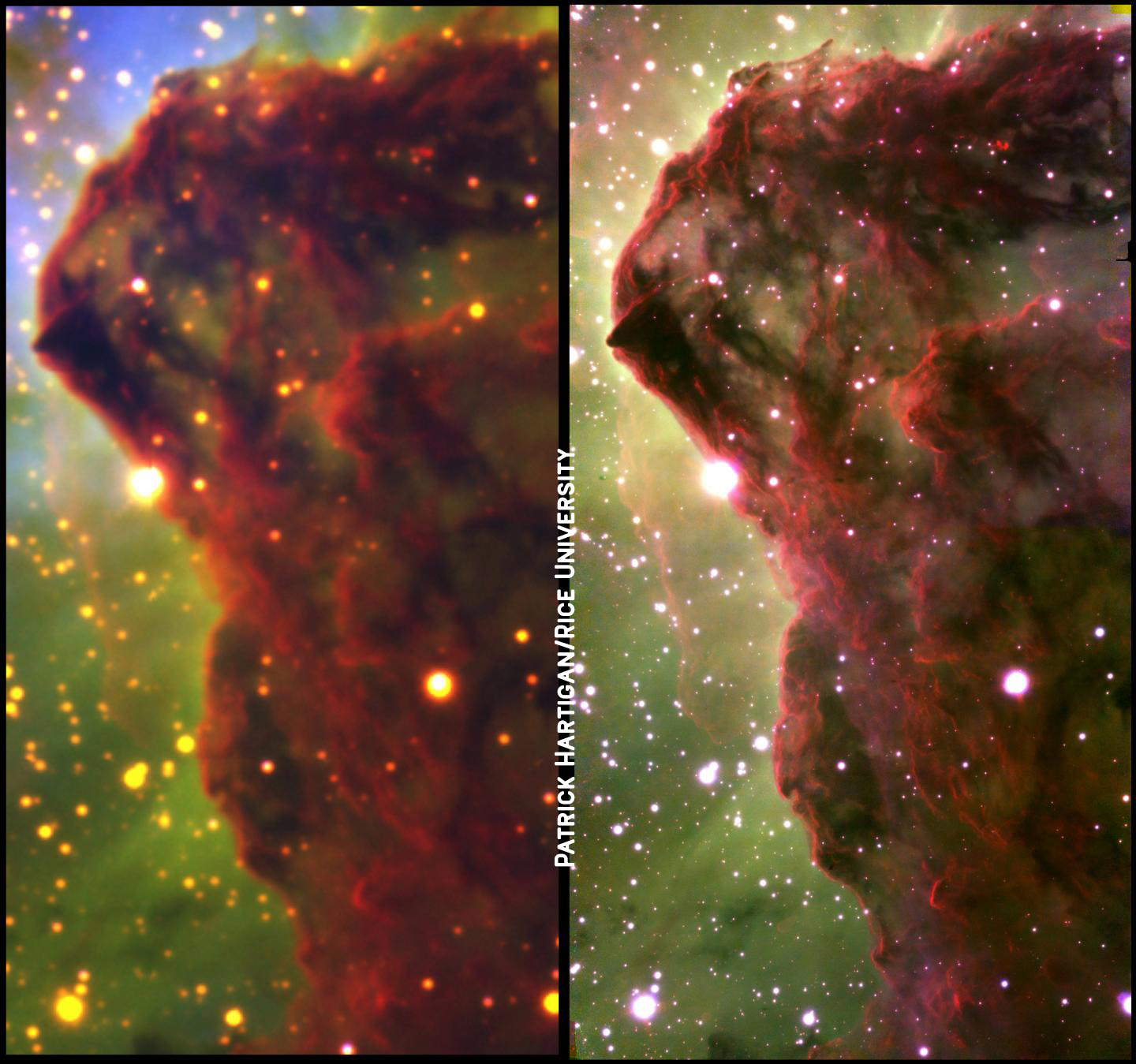 The Western Wall is a subject of great potential for the near-future of space imaging and exploration, noted Hartigan. “Structures like the Western Wall are going to be rich hunting grounds for both Webb and ground-based telescopes with adaptive optics like Gemini South. Each will pierce the dust shrouds and reveal new information about the birth of stars.”

For more information on these images and the possibilities they contain, see the research paper A JWST Preview: Adaptive-optics Images of H2, Br-γ, and K-continuum in Carina’s Western Wall as authored by Patrick Hartigan, Turlough Downes, and Andrea Isella. This research can be found with code DOI:10.3847/2041-8213/abac08 as published October 5, 2020 in The Astrophysical Journal Letters.