The United States Air Force has granted GE Aviation an airworthiness qualification for its F110 metal sump cover created using additive manufacturing. This milestone achievement takes place as part of the company’s pathfinder Pacer Edge program, an initiative intended to highlight the use of industrial 3D printing in the aerospace industry.

Additive manufacturing, which is an industry term for what consumers popularly know as 3D printing, is a promising technology that may change the way certain things are built. We’ve seen this technology used for things like ‘printing’ housing structures and NASA has previously explored the technology as a possible way to create necessary components on-demand in future space missions. 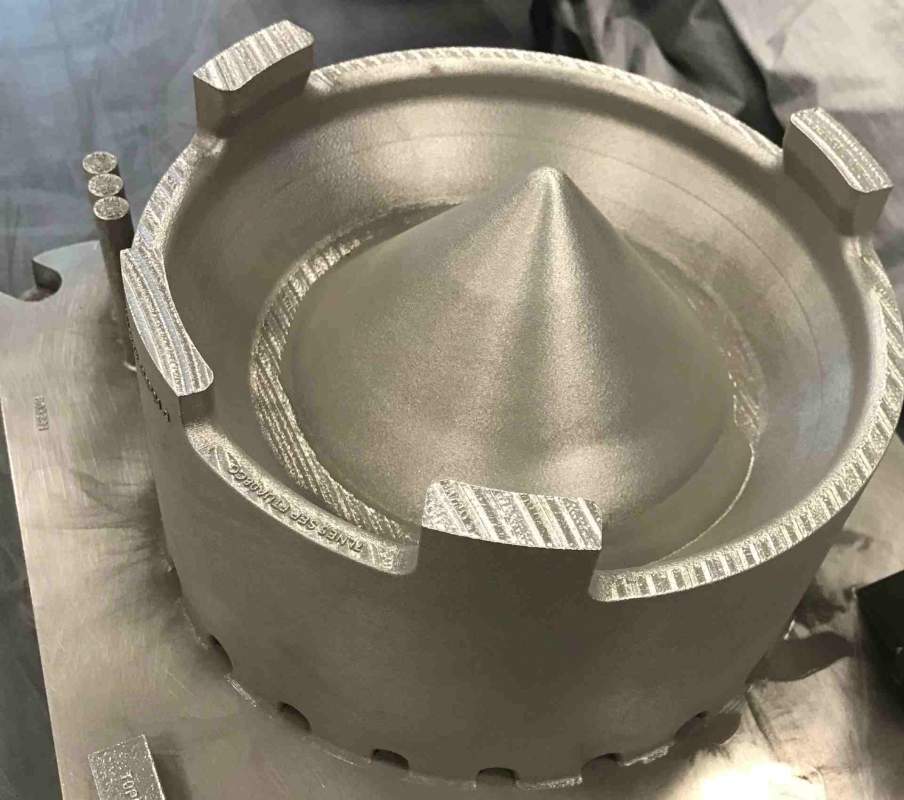 NASA’s Perseverance rover, which landed on Mars back in February, is an example of how additive manufacturing can be used for spacecraft and other vehicles: it contains 11 metal components that were all 3D-printed. The distinct advantage offered by additive manufacturing is that just about anything you can imagine and design as a 3D model can be created using a machine that precisely forms the object one layer at a time.

This removes the need to create molds, cut materials, and other aspects of traditional manufacturing, offering unique design opportunities and potential uses that seem entirely sci-fi in nature — like printing components for structures on Mars, for example. GE Additive specializes in printing metal components via Power Bed Fusion machines.

The tech works by applying layers of metal powder that are melted and fused together using either an electron beam or laser. As with consumer-level plastic-based 3D printers, each layer is printed and attached to the previous layer until the final fully manufactured component is finished.

GE Aviation used this technology to create the metal sump cover engine component, which the USAF has given airworthiness qualification. With the approval, GE says that Phase 1a of the Pacer Edge initiative is finished, paving the way for future phases that’ll bring metal additive manufacturing to Tinker Air Force Base. This supply chain will enable military customers to acquire airworthy metal components created using 3D printing tech.