Just about a year ago, Garmin rolled out a solar-powered fenix 6X smartwatch – the first solar-powered watch it’s ever released. The fenix 6X Pro Solar, as it’s officially called, featured a special lens called “Power Glass” that would charge the watch when exposed to sunlight. Today, we’re seeing Garmin bring its Power Glass to a range of new smartwatches, with wearables in the Instict, fenix 6, and tactix series all being outfitted with these solar charging capabilities.

In most cases, the solar charging capabilities of these watches will extend battery life by a few days, but in the case of the Instinct Solar (which is launching in Surf and Tactical Editions), battery life can be extended indefinitely while the watch is in Battery Saver mode. Of course, the watch also needs enough exposure to sunlight for that to happen, but as long as you’re planning to be outdoors a lot, it sounds like you’ll get unlimited battery life as long as you don’t mind the reduced functionality of Battery Saver mode. 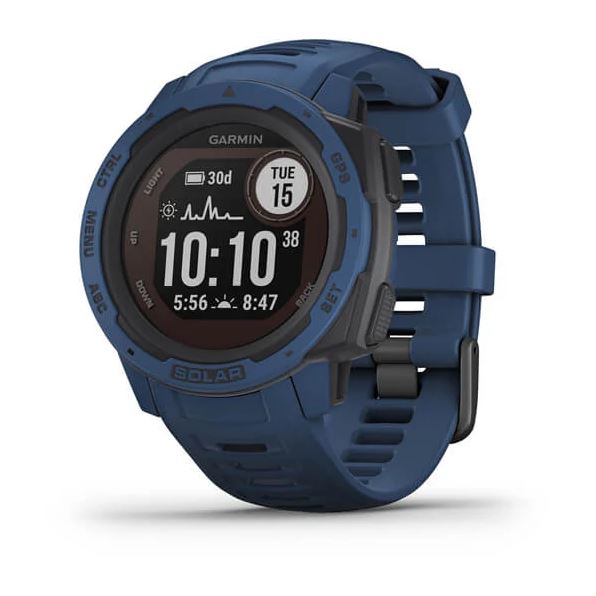 If you’d prefer to have more functionality at the cost of battery life, you can pop the Instinct Solar into Expedition Mode to tap into enhanced GPS features while still getting over two months of battery life. Finally, in smartwatch mode, Garmin says that the Instinct Solar series can last up to 24 days indoors and up to 50 days outdoors as long as it’s getting sufficient sunlight exposure.

As mentioned above, the Instinct Solar is launching in Surf and Tactical Editions. In the Surf Edition, you’ll find features like tide data and surfing activity tracking with a 100 meter water rating. The Tactical Edition, on the other hand, will offer up “night-vision goggle compatibility and Stealth mode.”

Considering last year’s launch of the fenix 6X Pro Solar, it isn’t really a surprise to see this solar charging functionality come to other members of the fenix series. The solar variants will offer a feature set that’s mostly the same as their non-solar counterparts, so users can expect music streaming, activity tracking, onboard mapping, and advanced sleep monitoring. 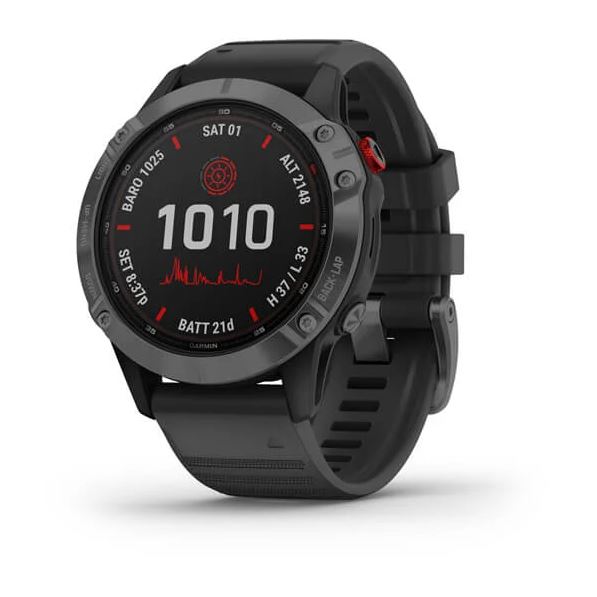 For these solar models, however, Garmin has added three new activity profiles: Surf, which acts more or less the same as the profile on the Instinct Solar – Surf Edition; Mountain Bike, which measures grit and flow to get a better idea of trail difficulty; and Indoor Climb, which will track things like time spent climbing and total vertical distance climbed.

Like the tactix watches that came before it, the tactix Delta – Solar Edition is built to MIL-STD-810, so this watch is probably the best of the bunch when it comes to surviving abuse. It’s also outfitted with a Stealth mode that cuts off wireless connectivity and disables location sharing. If that’s not enough, it also features a kill switch that can wipe clean all of the user memory on the watch. 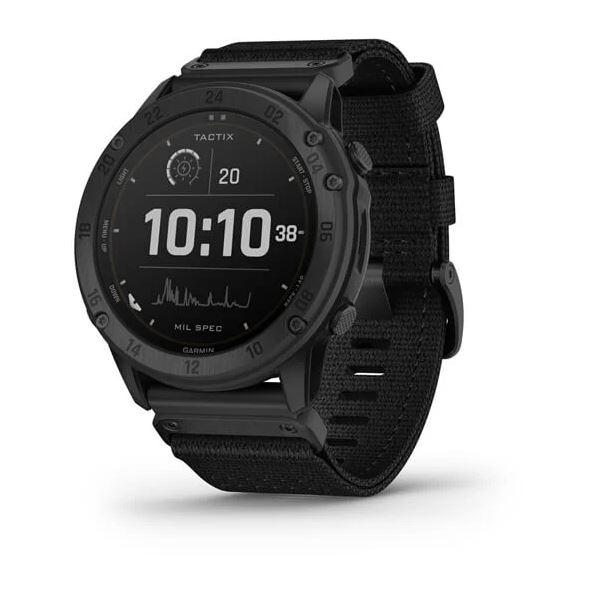 Battery life on the tactix Delta seems to be a lot better than the battery life on the fenix 6 Pro series – indoors, battery life can go up to 21 days, while it jumps up to 24 days when it has sufficient solar exposure outside (which, for all watches announced today, translates to 3 hours in 50,000 lux conditions). Garmin says that these 21 and 24-day battery life quotes require the use of “Power Manager” mode, though it’s worth pointing out that the company doesn’t say which settings are required to achieve them.

All of these watches, it seems, are available today from Garmin’s website. The Instinct Solar models are the least expensive of the bunch, starting at $399.99. The starting price for the fenix 6 series watches jumps to a not-insignificant $849.99, while the tactix Delta – Solar Edition will set you back a whopping $1,099.