Garmin has revealed two new rearview radars for cyclists, giving those on bikes a warning when cars and other traffic might be pulling up behind them. The Varia RVR315 and Varia RTL515 both keep track on what’s happening in riders’ blind spots, and work with Garmin’s new Varia app – as well as other bike hardware – to alert them to approaching cars.

The Varia RVR315 is the simpler of the two, and the cheaper. Looking like a small rubber puck, it’s designed to mount on the seat post of the bike and can spot vehicles approaching from behind up to 460 feet away.

It has seven hours of battery life, and is IPX7 water rated. If you’re looking for a new rear light, however, the Varia RTL515 might fit the bill. It pairs a radar with the same 460 foot range with a red LED light, so that traffic can better see you while you’re getting alerts about them. 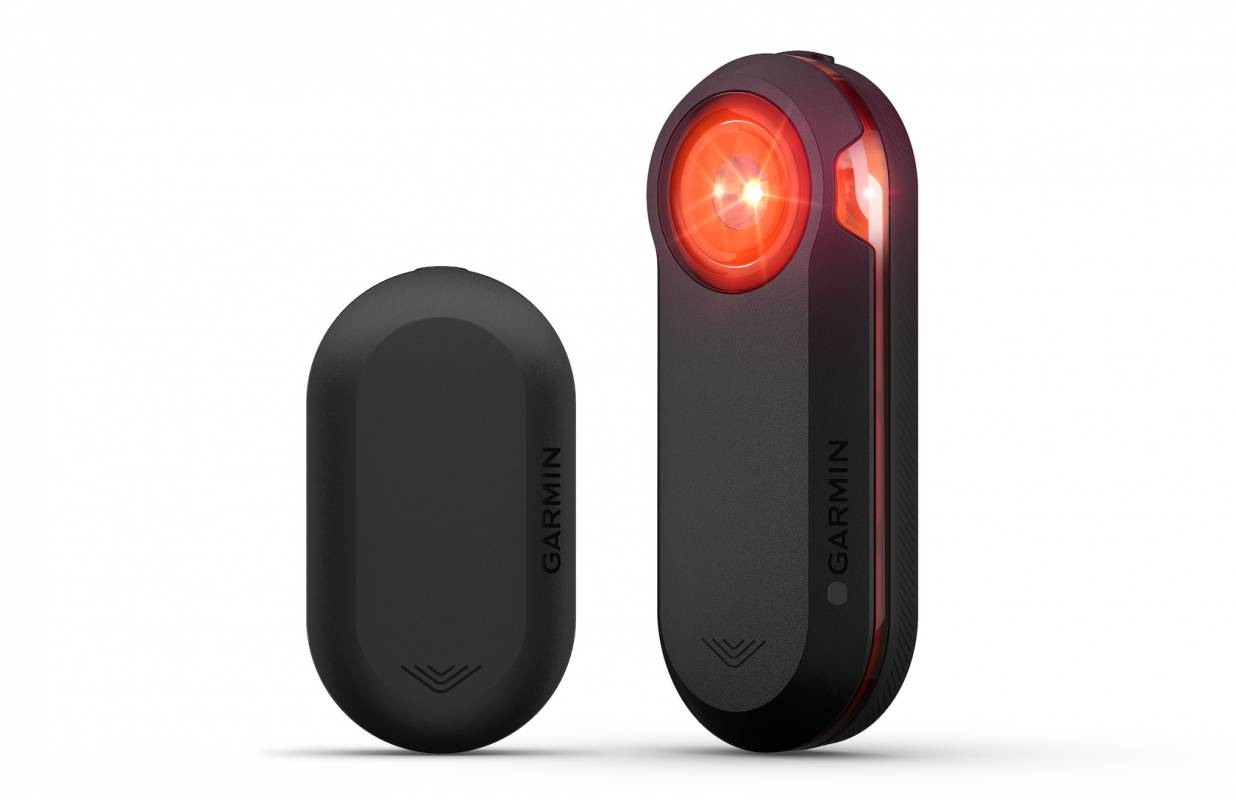 That LED can be set to one of several different modes: solid, peloton, night flash, and day flash. With the light turned on solid, the battery is good for up to six hours, Garmin says. Or, it’ll last eight hours in peloton mode, six hours in night flash mode, or 16 hours in day flash mode. The latter is a dimmer flash, that Garmin promises should be easier on the eyes of other cyclists you might be riding around.

As with the radar-only model, there’s IPX7 waterproofing. Both Varia units will work with Garmin’s own Edge bike computers, or via Bluetooth LE to your smartphone. There, they’ll sync with third-party apps like Ride with GPS, so that maps can be overlaid with rearview radar alerts. Or, there’s Garmin’s dedicated Varia Radar Display Unit, which has simple displays to show the proximity of traffic.

Alternatively, Garmin has its own, free Varia app, which is also launching. That has a simple color-coding system for alerts: green means you’re clear from behind, while amber means a vehicle is coming. Finally, red means a car is approaching at high speed. The app also gives audible and vibration alerts.