Garmin Forerunner 945 LTE and 55 launch with opposite goals

Smartwatches have come into focus in the past few weeks thanks to Google I/O’s big Wear OS announcement but that is hardly the only wearable platform available in the market today. Almost every big name in fitness and smartwatches, like Fitbit and Garmin, utilize their own custom OS to squeeze out as much as they can from smartwatches’ minuscule batteries. Not to be left out from all the attention, navigation expert Garmin has announced the Forerunner 945 LTE and the Forerunner 55, occupying two opposite ends of the GPS smartwatch spectrum.

As its name suggests, the Garmin Forerunner 945 LTE’s defining feature is its connectivity. On most smartwatches, that feature is utilized for sending messages or making calls but Garmin also put it to a slightly different use. That connectivity comes in handy in times of emergencies where the smartwatch will keep in contact with Garmin’s emergency response coordination center and keep family and friends updated on the wearer’s location.

The Garmin Forerunner 945 LTE does have your usual serving of smartwatch features, including the ability to store music from Spotify, Apple Music, and Deezer for offline playback. The GPS smartwatch also has a pulse oximeter for keeping tabs on blood oxygen levels among other biometric indicators. Boasting a 2-week battery life, or 7 hours in GPS mode with music and LiveTrack, Garmin Forerunner 945 LTE carries a hefty price tag of $649.99.

While the Forerunner 945 LTE is packed with high-end features, the Garmin Forerunner 55 is as simple as it gets. Launched to mark Global Running Day, the GPS smartwatch boils things down to its essentials, especially for those who just want to keep track of their runs. It does have its own GPS to keep track of your location after you’ve left your phone at home. 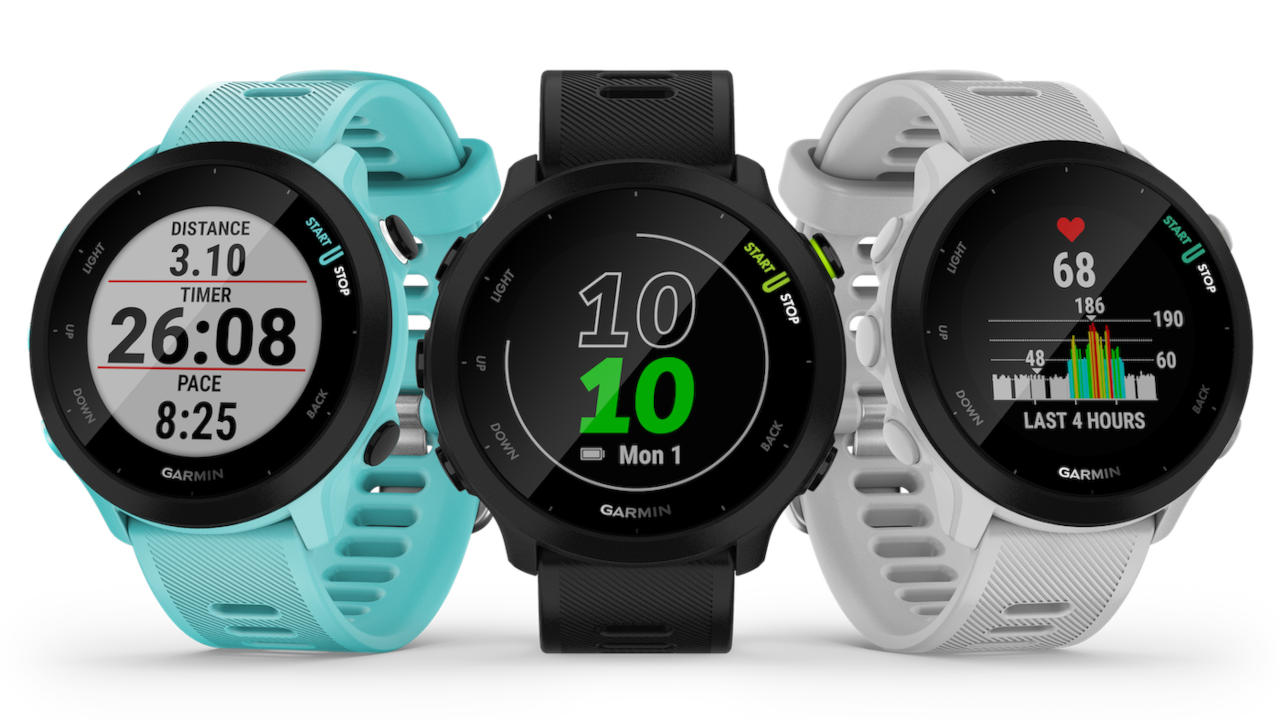 The Forerunner 55 has the basics of what you’ll need to watch over your activity and health, including heart rate monitoring. For everything else, like receiving notifications or even sending emergency alerts, you’ll want to have your paired smartphone close by. For those basics, the Garmin Forerunner 55 also comes with a basic price tag of $199.99.