Game of Thrones’ finale was destined to be divisive: A final analysis

After eight long years, Game of Thrones has finally come to end. Last night’s finale was surprising in a lot of ways, but one thing that wasn’t at all shocking was just out divisive it ended up being. In fact, judging from the reaction so far, the final episode of Game of Thrones seems poised to become the most divisive episode of the entire series.

That people are giving mixed reactions to the final episode of Game of Thrones is something that most of us probably saw coming. Reactions to the eighth season in general have been somewhat divided, with the penultimate episode in particular getting a lot of heat from people who felt that events were happening too quickly. If you went into last night’s episode with low expectations, you definitely weren’t alone. 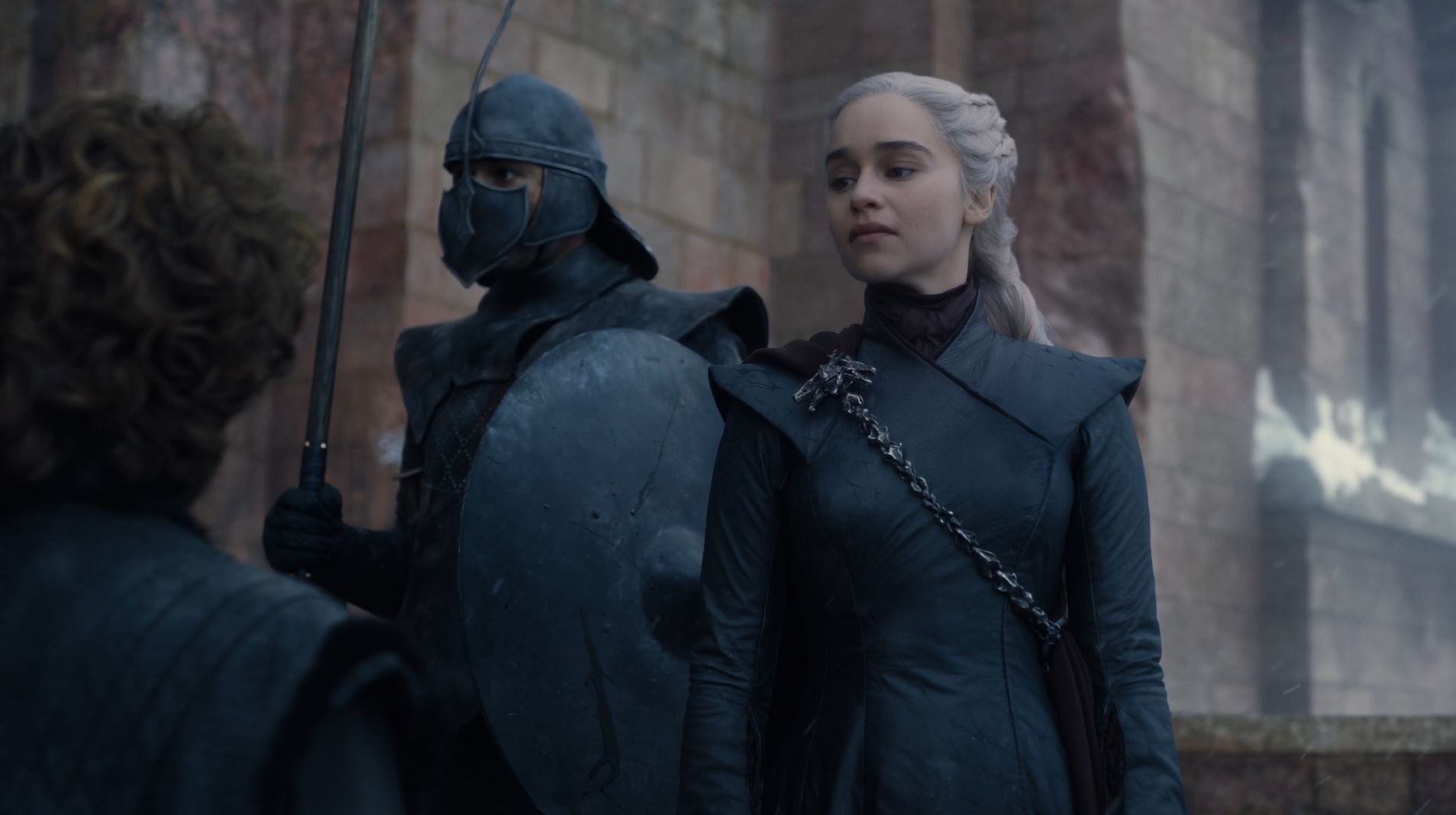 But even if the eighth season had been the best one yet, the final episode was always going to be a controversial one. Fans have been developing theories on how this story would end since the novels first started releasing in the mid-1990s.

It’s been more than 20 years since A Song of Ice and Fire entered publication and eight since the first season of HBO’s adaptation premiered, and in both cases, that’s a long time – long enough for people to pick their favorites and set their expectations for what they believe would be the best ending for the series. 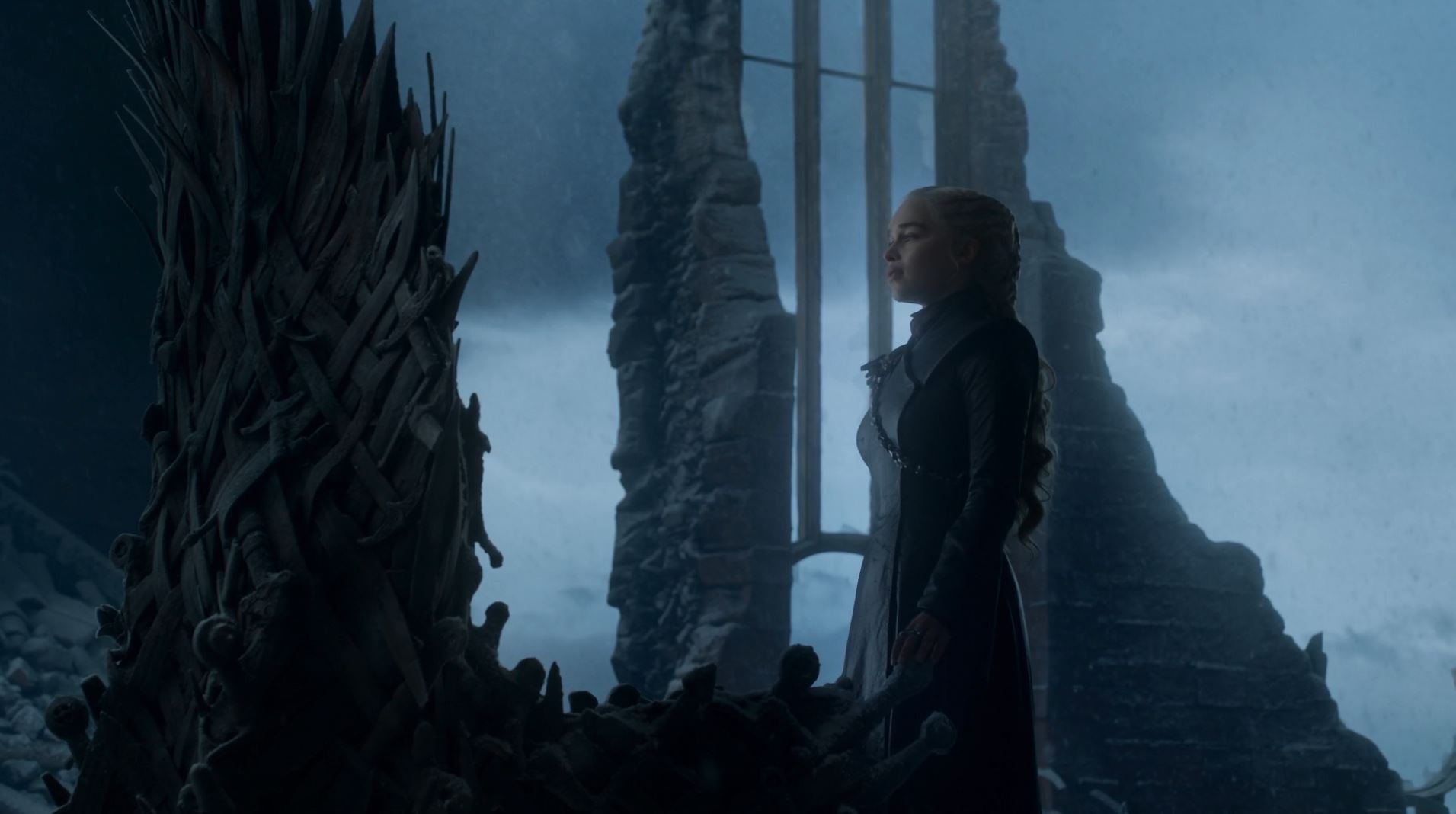 Before we go any further, this is where you should stop reading if you haven’t seen the final episode of Game of Thrones. The episode will be ruthlessly and extensively spoiled in this article, and even if you’re feeling a bit cool toward the series here at the end of season 8, it’s still best to watch the final episode before you dive into articles like this. 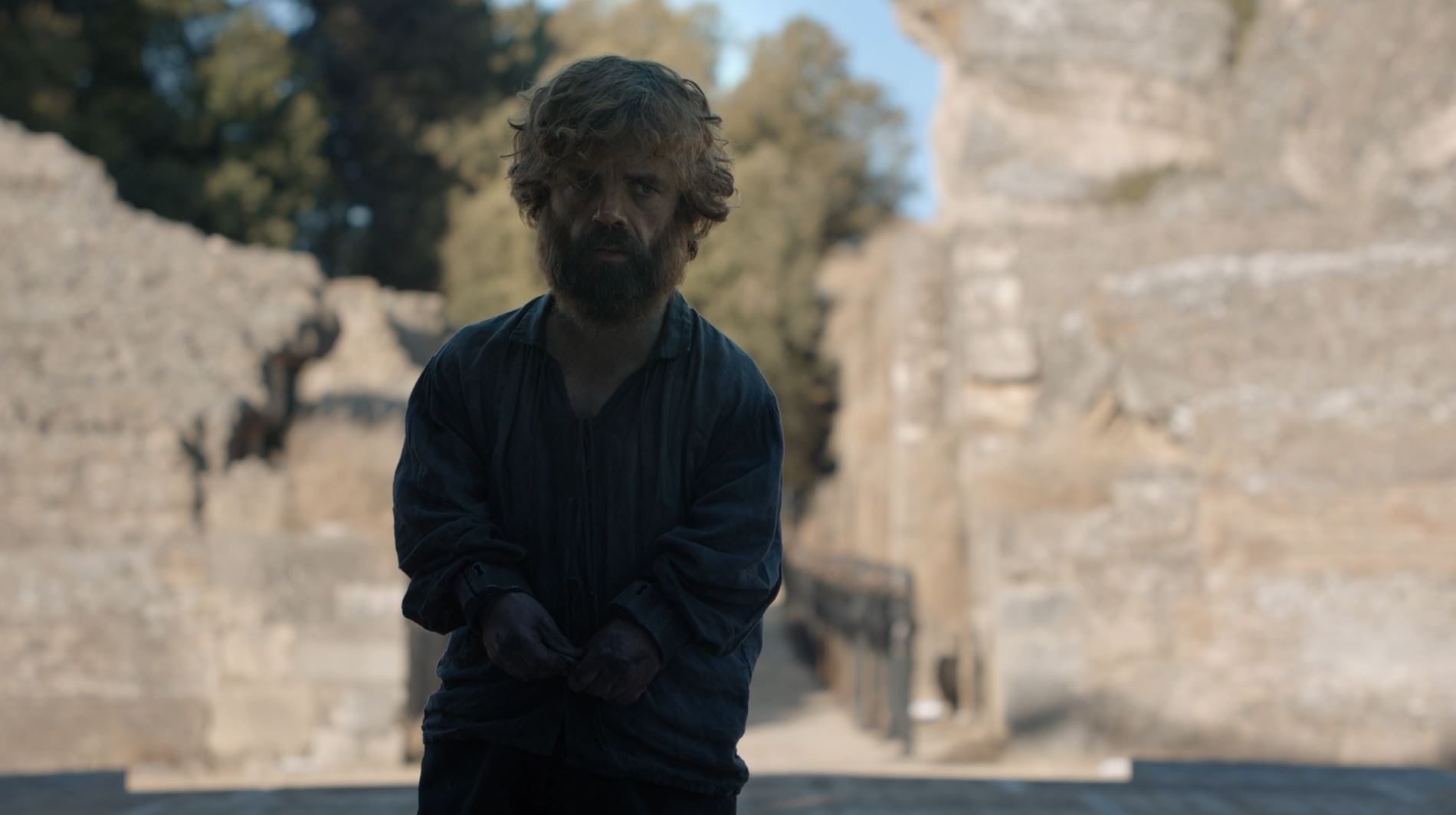 Last night’s episode was something of a return to form for Game of Thrones. This is a series that made its name on subverting expectations and discarding fantasy tropes, and the final episode was nothing if not unexpected.

In recent seasons – since the TV series outpaced the source materials and had to start relying on only a synopsis from A Song of Ice and Fire author George R.R. Martin – Game of Thrones has been accused of becoming a predictable fantasy TV show. Main characters seem to have more plot armor than they did in earlier seasons, and conflicts played out as they would if this were a typical fantasy story of good vs. evil where the good side seems to destined to win from the start. 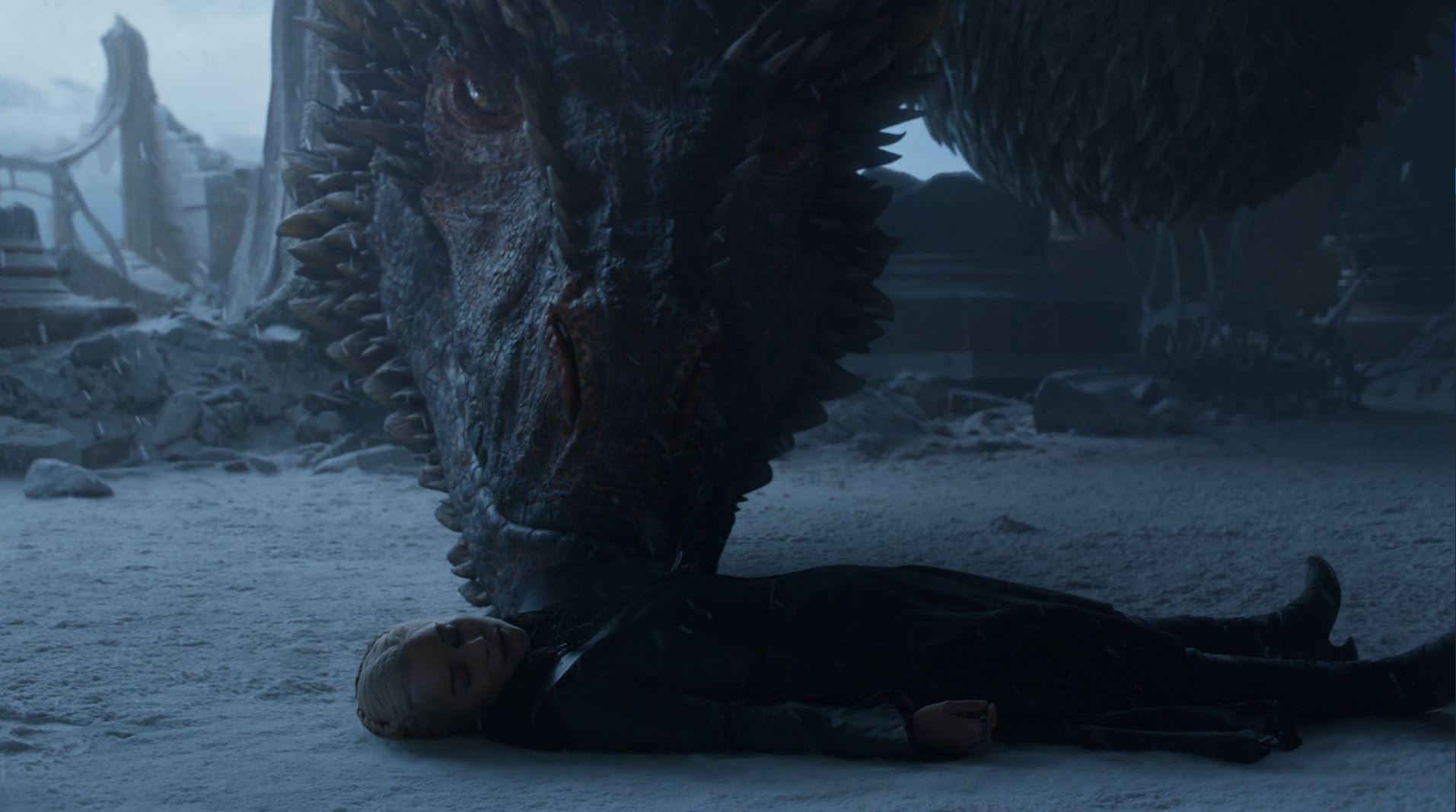 In an ironic turn, the final episode of Game of Thrones subverted the expectation that it would adhere to a typical fantasy ending. Though we all had our theories about who would sit on the Iron Throne at the end of it, by the time the credits rolled on episode 5, most of us probably figured that it would be Jon Snow.

Halfway this episode that expectation was still probably alive and well for many people – we knew that Daenerys had to die after she burned King’s Landing, and when Jon was the one who drove the dagger through her heart, he seemed poised to either claim the Iron Throne for himself or be elevated to wear the crown by the people of Westeros. 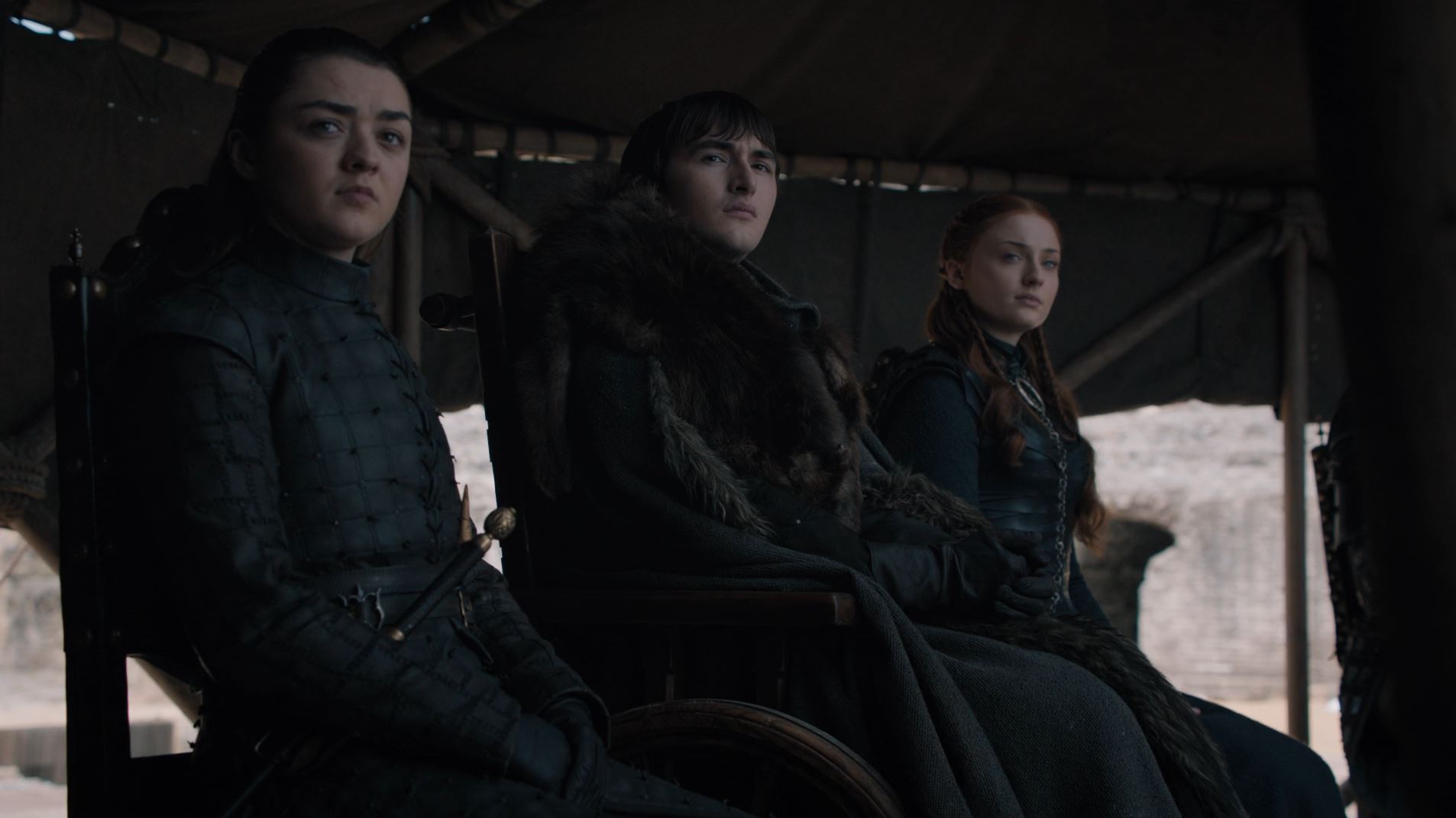 That didn’t happen, though. Jon, like Tyrion, was jailed by the Unsullied for their treason against Daenerys. Weeks later, the heads of the major houses in Westeros met in the dragon pit of King’s Landing to determine who would lead after the deaths of Cersei and Daenerys. Even at that point, plenty of viewers were expecting it to be Sansa, Arya, or even Tyrion, but in the end, that council of nobles picked Bran to lead.

It was a decision that at first seemed to come out of left field, but as Tyrion explained why Bran would be the perfect king, it started to make more sense. Bran can’t bear children, which means that the wheel of monarchical dynasties has indeed been broken by his ascent to the throne. He’s also a walking encyclopedia of the history of man, so hopefully he’s better equipped than anyone else when it comes to avoiding the mistakes of the past as a means of ensuring peace for a war-torn country. 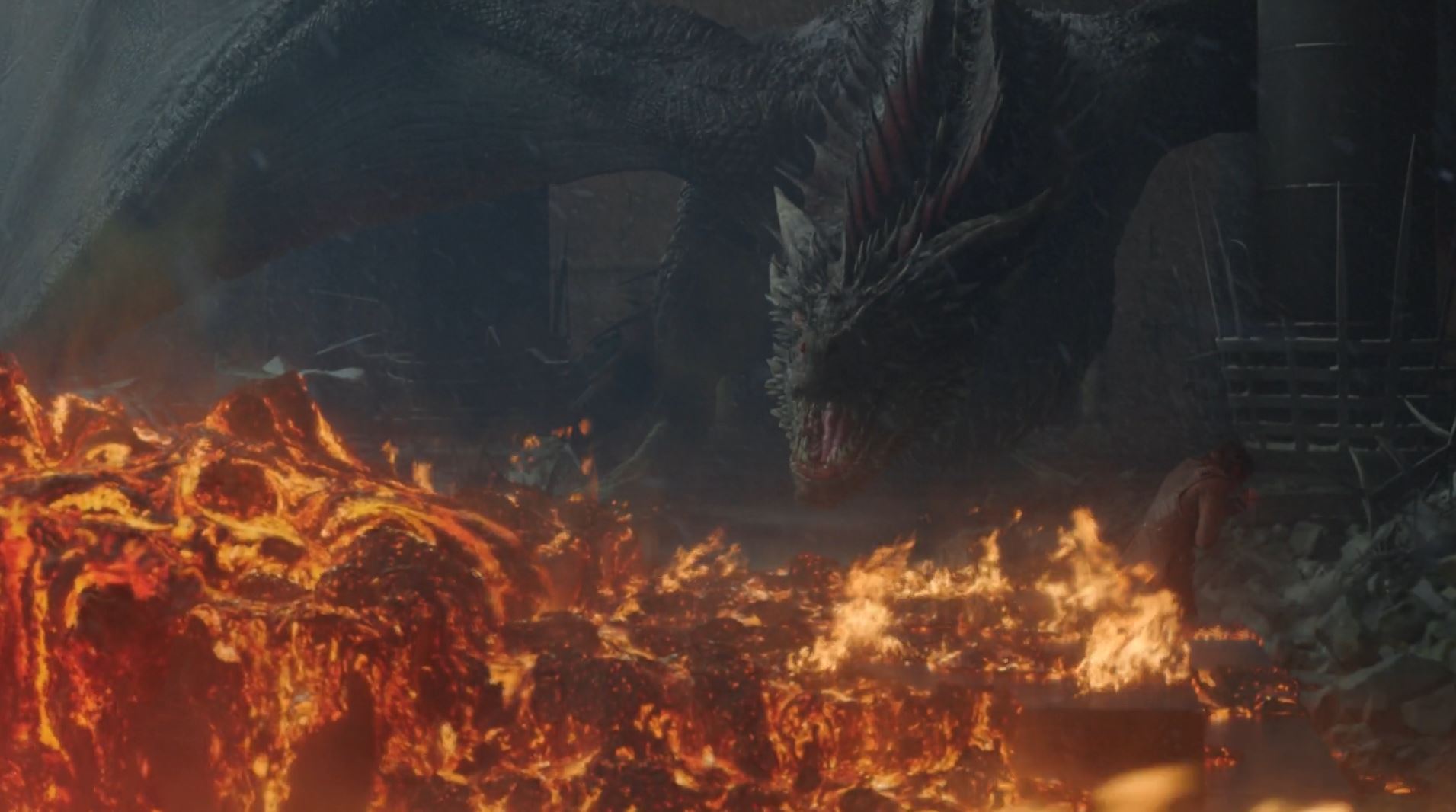 Of course, if Bran knew he was going to sit on the Iron Throne all along, that definitely calls his silence throughout the season into question. If he can see the future, then he knew ahead of time that Daenerys was going to destroy King’s Landing and kill a million people in the process and he did nothing to stop it. It doesn’t matter if he knew that their deaths would ultimately bring peace – if you have the opportunity to save that many lives, you should probably take it, even if it throws a future of prosperity into question.

Whether or not Bran can see the future is something that’s up for debate, even here at the end of it all. The best answer most of us can come up with is “kind of.” We know he’s seen flashes of future events before, but neither the show nor the books have confirmed outright that he can peer into the future the same way he can the past or the present. That is to say: Bran can see the future in brief glimpses, but he probably can’t get the complete picture like he can when he’s looking into the past. 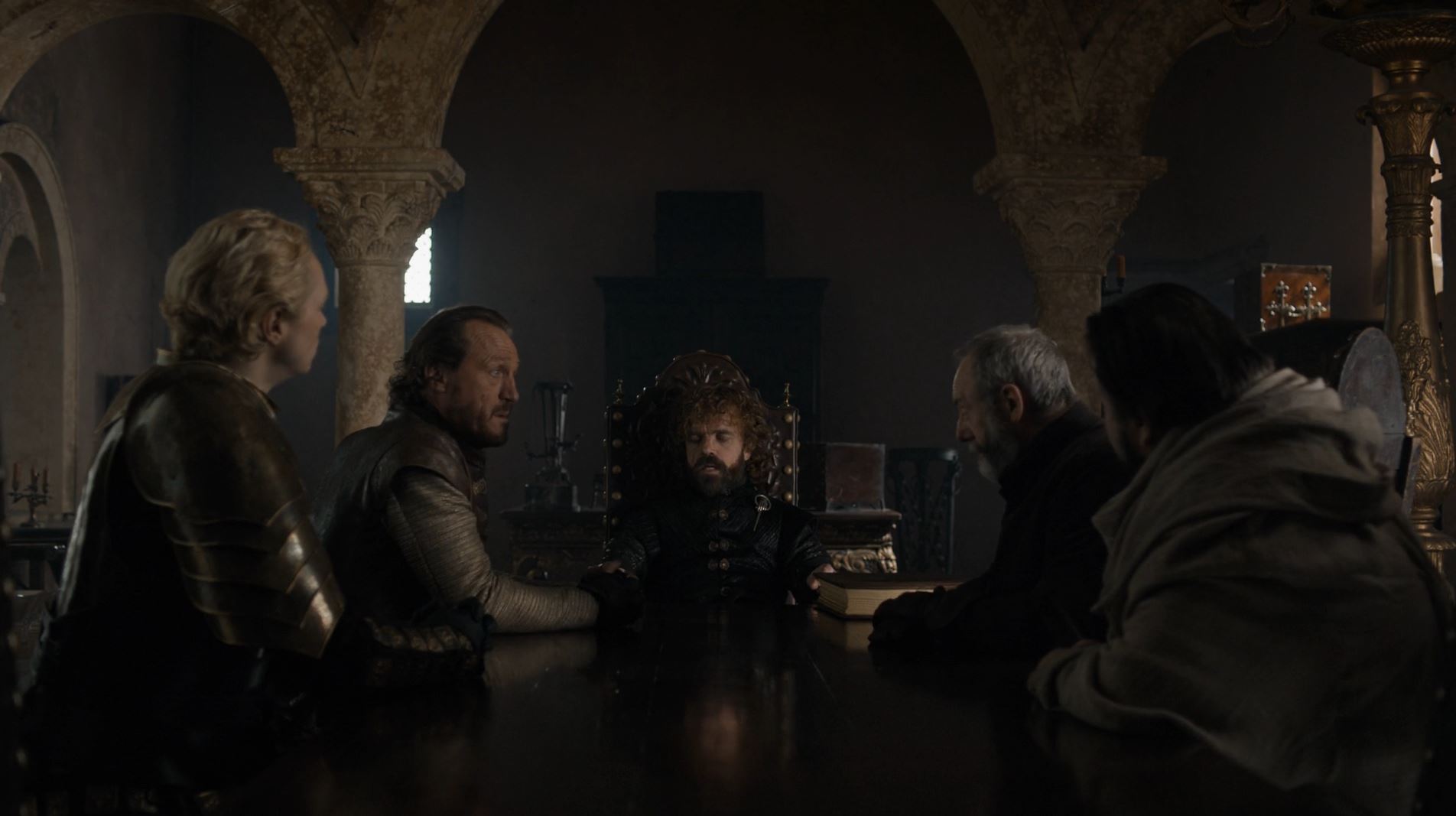 So, it’s possible that Bran only knew that he would be named king and not what would need to happen to arrive at that point. His exchange with Tyrion certainly suggests that he some inkling of what was going to happen at that meeting of the major houses, but we’re never going to know just how much he saw before arriving at King’s Landing.

Regardless, it’s reasonable to assume that he’ll be more resistant to the failings of a man or woman with ultimate power. So while his appointment as king is definitely a little strange, it fits well with the overarching theme of breaking the wheel.

Bran names Tyrion the Hand of the King, with a small council composed of Ser Davos as the Master of Ships, Bronn as the Master of Coin, Sam Tarly as the Grand Maester, and Brienne as the leader of the Kingsguard. They’re fitting roles for everyone, Bronn’s obsession with rebuilding the brothels of King’s Landing notwithstanding. 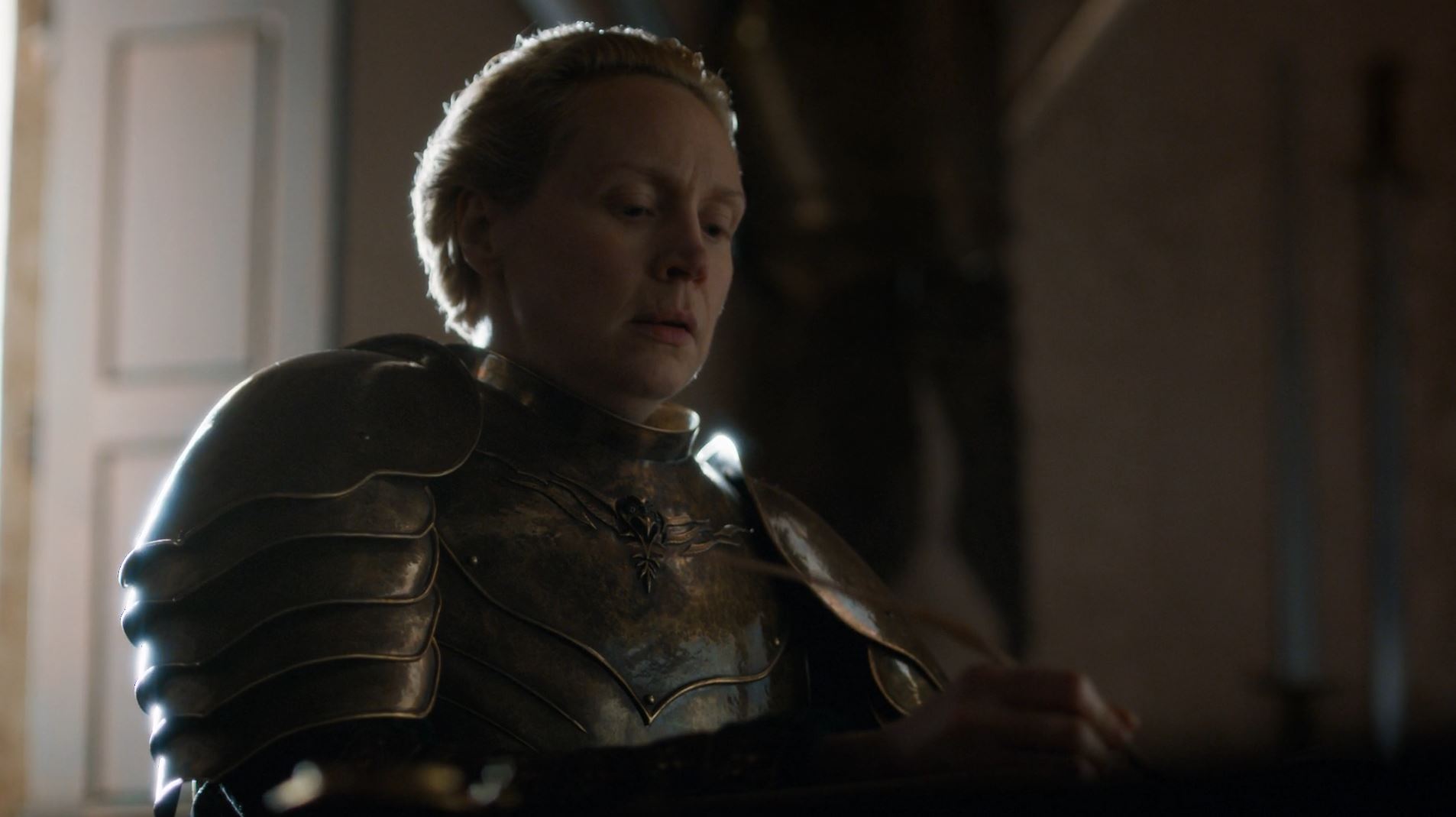 Sansa, meanwhile, continued to be one of the show’s best characters, insisting that the north will not bow to another king in the south – even her own brother – and will instead become an independent kingdom. For the record, I was hoping that Sansa would be the one to claim the Iron Throne in the end, but seeing her proclaim the north as independent kingdom is nearly as good. One has to wonder why the other houses in attendance – especially Dorne – didn’t follow her lead and declare their independence right then and there, but maybe we’re supposed to assume that they’re more reliant on the crown’s support than the north ever was.

Arya, in what was clearly a homage to The Lord of the Rings, decides that her adventures in Westeros are done for the time being and that she’ll set sail to see what lies in the west. We don’t know if she ever finds anything west of Westeros (and presume that if she doesn’t she’ll eventually land on the eastern coast of Essos), but we’ve known since the very first episode that she was never going to be some lady who spends her adult life sitting in a castle, so the end to her story makes a lot of sense. 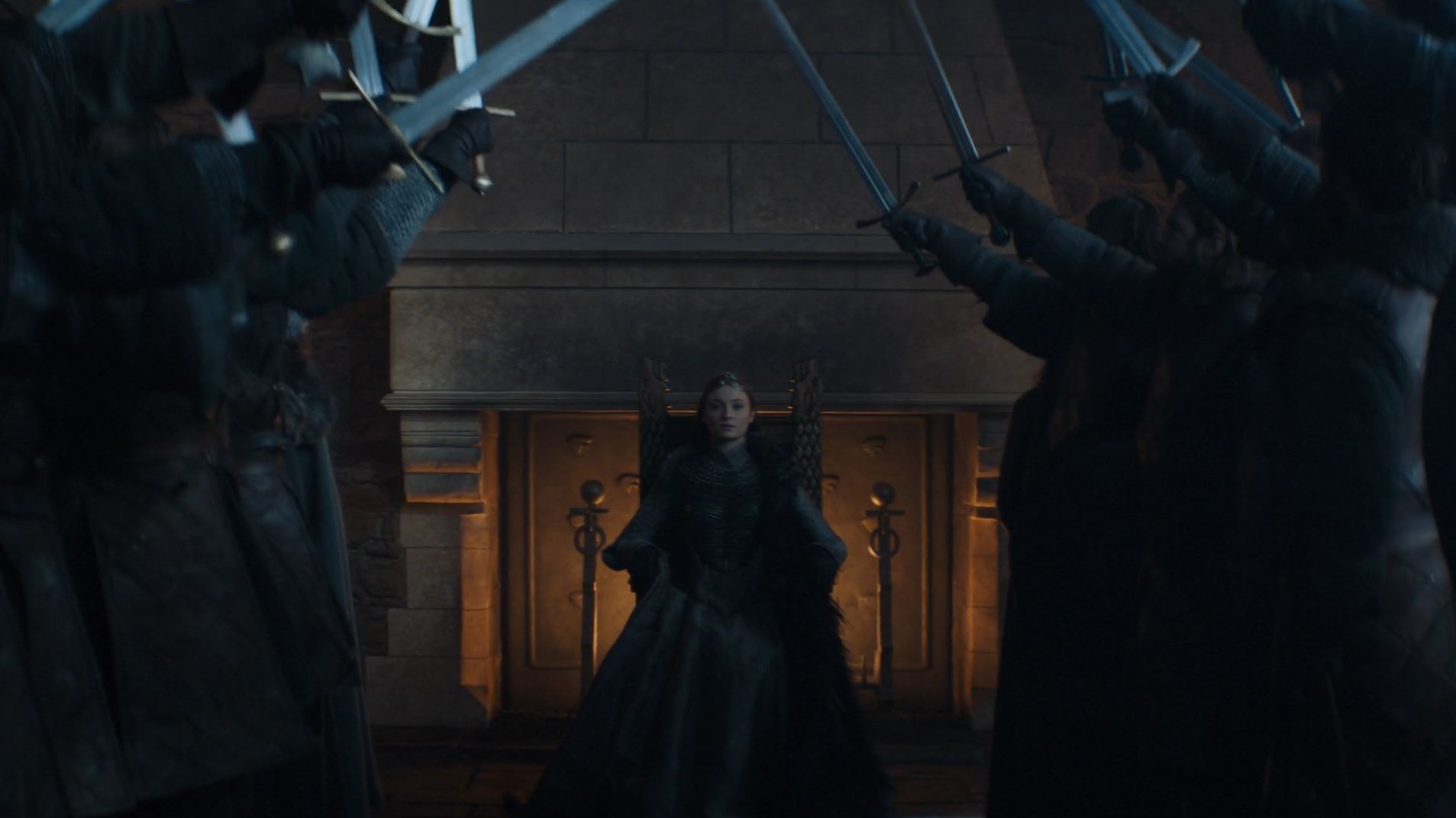 Then we have Jon. Poor Jon. He spent his entire life doing the right thing only to wind up exiled by the people he worked so hard to save and heading back up to the wall. His exile was the product of a deal struck by the Starks and the Unsullied – though the Starks obviously wanted him to walk free, the Unsullied wanted to execute him for the assassination of Daenerys.

In the end, they agreed that he would take the black again, but he doesn’t remain at the wall for very long. When he returns to Castle Black, he find Tormund and Ghost waiting for him, and he accompanies the Free Folk as they depart the wall to retake their lands, which are now free from White Walkers. 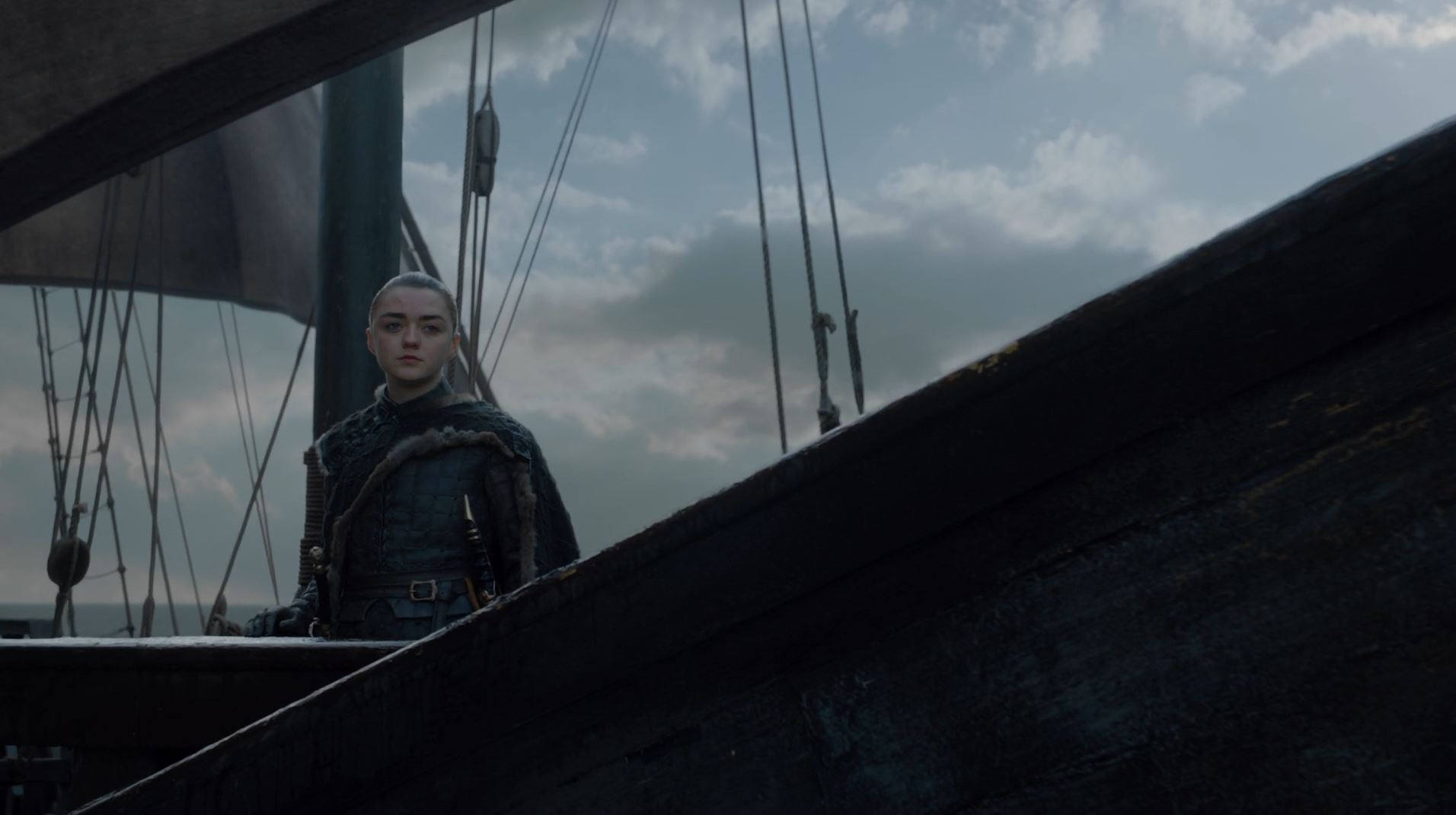 Jon’s banishment to the north was one of the most surprising things of this episode. Jon has been set up from the very start to be a integral part of the conflicts that played out over the course of the series, and though he was, he ended up right where he started out. It’s almost depressingly poetic, this idea that you can do a ton of good for the world around you but still be no better off for the effort.

With the Unsullied heading to Naath and the Dothraki seemingly leaving with them, there isn’t really anything stopping Jon from joining Sansa in Winterfell, but in the final scene of the episode, we get the feeling that he’s happy to be with the Wildings in the lands beyond the wall. As Tormund told him in episode 4, after all, it’s where he belongs.

In the end, I’m happy with the ending we received, but I don’t expect that everyone would be. Clearly everyone is not, as the episode has a rating of 4.7 out of 10 on IMDB at the time of this writing. That’s based on more than 83,000 user reviews too, so if this episode is anything at all, it’s divisive. 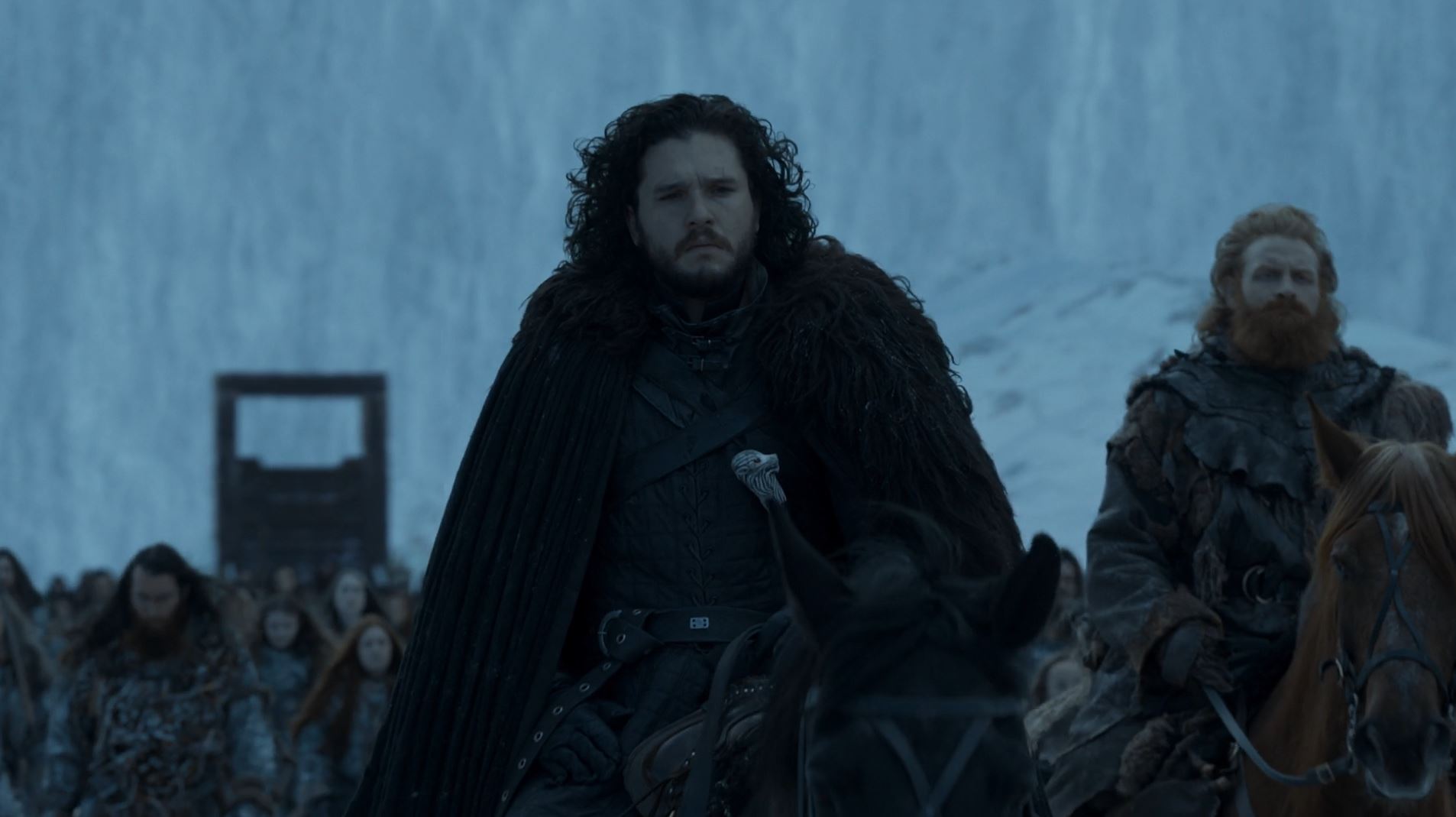 I understand why people might be upset with this episode as well. Pretty much everyone who survived the final season’s conflicts had a happy ending, save for Jon, but he seems happy to be heading north of the wall anyway. We were sold on a bittersweet ending, but outside of Daenerys being killed and Jon being banished, the ending to the show was much more sweet than it was bitter. It was a weird episode to be sure, but at the end of it, I found myself thinking that I was pleased with the way everything was wrapped up.

Did the final episode of Game of Thrones have its problems? Yes, if only because things went a little too smoothly for everyone once Daenerys died. Was it as good as any of the episodes in the the early seasons of Game of Thrones? Probably not, but that depends on who you ask.

Was it a satisfying ending to a series and season that unquestionably needed more time to tell the final act of the story? To me it was, but obviously, that won’t be true for everyone. It was never going to be true for everyone because we all connected to this show for different reasons and in different ways and, by extension, had different expectations for how it would all end.