Galaxy z8_GND_5296 is the most distant ever discovered

An international team of astronomers has detected what they say is the furthest galaxy away from our Milky Way galaxy ever discovered. Astronomers say that the newly discovered galaxy is 30 billion light years away from the Earth. The distant galaxy was discovered using the Hubble Space Telescope and then confirmed using the Keck Observatory in Hawaii. 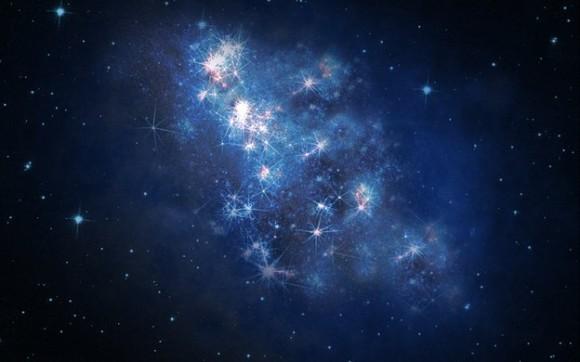 Astronomers measured how far the galaxy was from Earth by analyzing its color. The scientists are able to use the color of the galaxy because the universe is expanding and with everything moving away from us lightwaves are stretched making objects look redder than they actually are, this measurement is called redshift.

Galaxy z8_GND_5296 was given a redshift of 7.51 beating the previous record holder that had a red shift of 7.21. Scientists say that the galaxy is very small at about 1 to 2% the mass of the Milky Way but the newly discovered galaxy is believed to be rich with heavy elements. The galaxy is also turning gas and dust into new stars at a rate hundreds of times faster than our own galaxy does.