For several years now, Samsung and Microsoft have enjoyed a partnership that gave preferential treatment to Galaxy phones. At first, that simply manifested as pre-installed Microsoft apps that, naturally, people considered bloatware or special offers on some Microsoft subscription services. That partnership eventually bore more fruit, like deep integration with Windows 10, as well as the new versions of its productivity apps specially designed for Samsung’s new foldable phones.

Foldable phones don’t just mean having a larger screen. It also means have a slightly new form factor or user experience, one that revolves around having two virtual areas on the same screen. Considering how few foldable phones there are in the market, it’s not really surprising that few apps actually take advantage of that.

Fortunately, Microsoft’s close ties with Samsung may have helped the software giant to get a lead on others in that respect. While Microsoft apps have long been around on Android and pre-installed on many Samsung phones, there are three that are now designed to take full advantage of a Galaxy Z Fold 3’s screen.

The most basic way that happens is via Android’s native split-screen support, allowing two different apps to run side-by-side. Some Microsoft apps, however, also have special layouts when used on the Galaxy Z Fold 3. Microsoft Teams, for example, will show attendees at the bottom with a full-screen presentation on top, while Outlook’s dual-pane mode lets you preview emails on one side while reading a full email on the other. 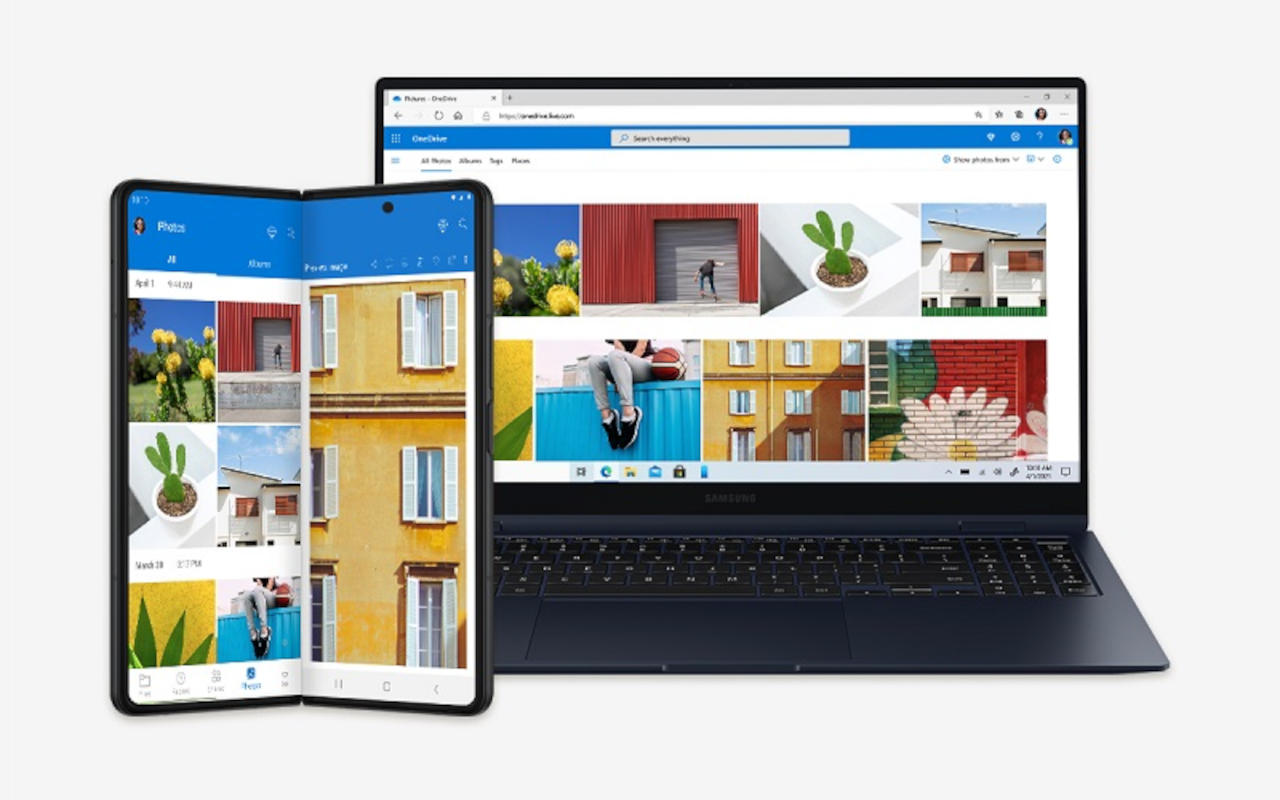 As Samsung’s newest high-end Galaxy phones, the Galaxy Z Fold 3 and Galaxy Z Flip 3 will most likely be added to the list of compatible devices for various Windows 10 Your Phone features. It would definitely be nice if other major apps followed suit, especially since Google itself is pushing Android app developers to take such form factors in mind when designing user experiences.