The Galaxy Z Fold 3’s under-display camera, which Samsung officially refers to as an Under-Panel Camera or UPC, may have stolen the spotlight from the foldable’s stronger UTG (Ultra-Thin Glass) material. Its addition, even if disappointing for some, wasn’t just a matter of slapping on some off-the-shelf technology and calling it a day. Samsung’s display-making arm has now revealed that the Galaxy Z Fold 3 actually uses a new kind of OLED panel that has the side effect of improving that invisible camera, at least in theory.

A conventional OLED screen is comprised of an OLED panel that actually holds the diodes and a plastic Polarizer on top that reduces light reflection and increases contrast. In the case of a foldable device like the Galaxy Z Fold 3, there’s another layer on top of the two, the Samsung Ultra-Thin Glass. The new technology, dubbed Eco OLED, reduces the layers by removing the Polarizer from the equation.

Eco OLED employs a different strategy of using pixel structure to minimize reflection and remove the need to have a Polarizer at all. That layer is most often a dark layer of film that requires the OLED panel underneath to emit more light and, therefore, consume more power. By throwing out the Polarizer, Samsung claims that Eco OLED is able to consume 25% less power and increase the transmittance rate by 33%. 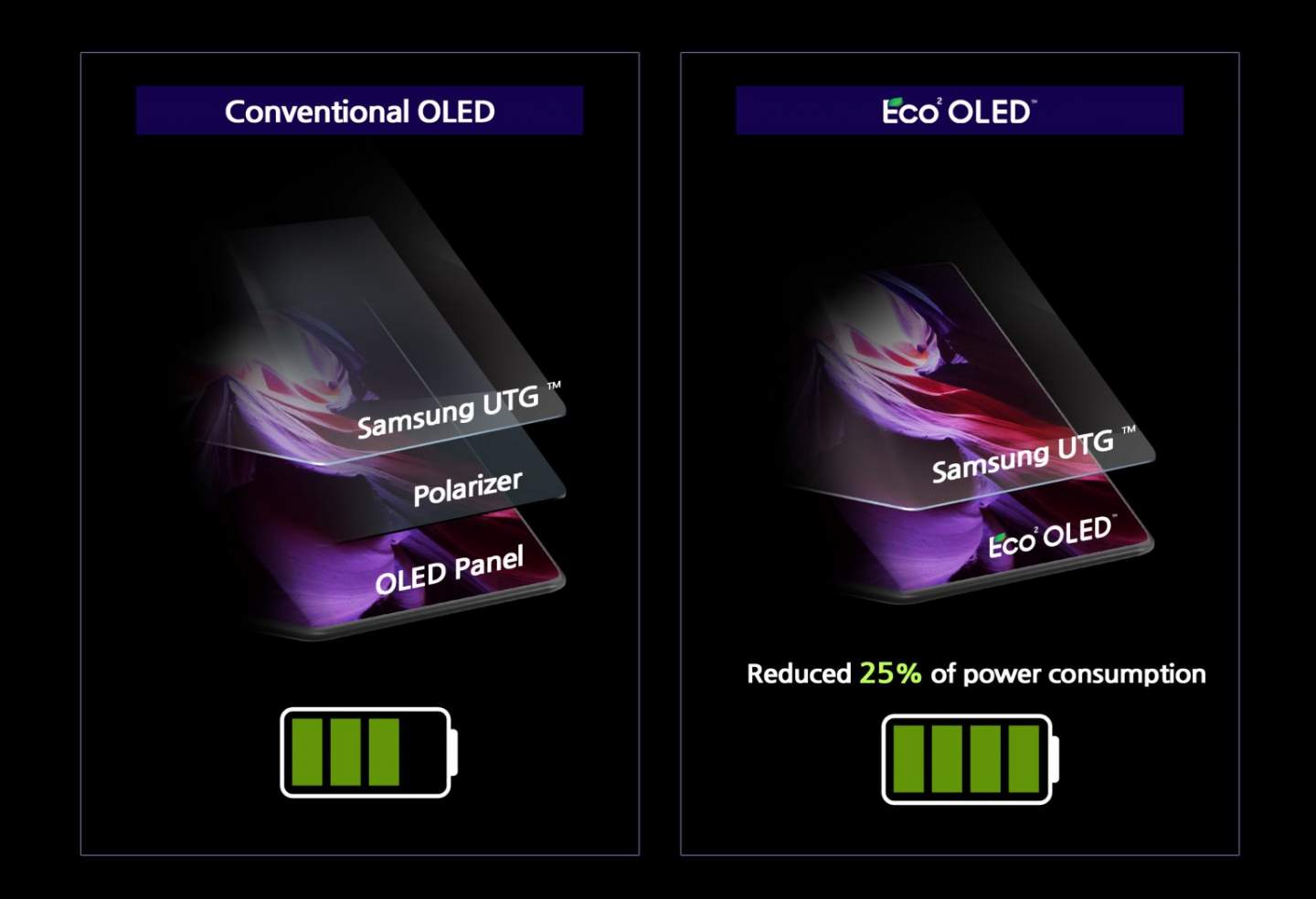 There are other side effects to this technology. One is that reducing the amount of plastic used in the phone makes it more environmentally friendly. Perhaps the more important benefit for end users is that more light is able to pass through to the under-display camera without the Polarizer getting in the way.

That may sound great in theory, but initial feedback on the Galaxy Z Fold 3’s under-panel camera hasn’t exactly been flattering. That said, Samsung clearly sees this as the future, or at least plans on expanding its new Eco OLED technology to more products.