Galaxy Z Fold 2 vs Surface Duo: who will fold and who will win

The foldable phone dream, seeded by Samsung a few years ago, didn’t seem to have generated the market reception its proponents may have hoped for. Partly due to limited availability and accessibility and partly due to timing, foldable phones have yet to take root in consumers’ hearts and retail shelves. That hasn’t stopped manufacturers from trying and two, in particular, will be taking almost opposite spins on the idea. Samsung’s second Galaxy Fold, believed to be rebranded as the Galaxy Z Fold 2, promises a refinement of the original dream but the Microsoft Surface Duo offers a more practical compromise. Which of the two, then, is more likely to take the market by storm? We compare the two to get a glimpse of the probable future.

The first question that will most likely be on anyone’s mind upon hearing about foldable phones is “Why?”. There is probably little doubt that these phones look fancy and futuristic but novelty can only go so far. Especially when we’re talking about very expensive phones that may break too easily or have unproven reliability in the real world.

Foldable devices or devices with foldable screens, be it phones or even laptops, solve two needs that seem to be diametrically opposed. People want big screens to be able to display content more comfortably but the don’t want phones that can barely fit in their hands, let alone their pockets or purses. The simplest solution that comes to mind is a large screen that bends and folds to a more manageable size when not needed but, as last year’s first attempts proved, that simple solution was actually difficult to get right. 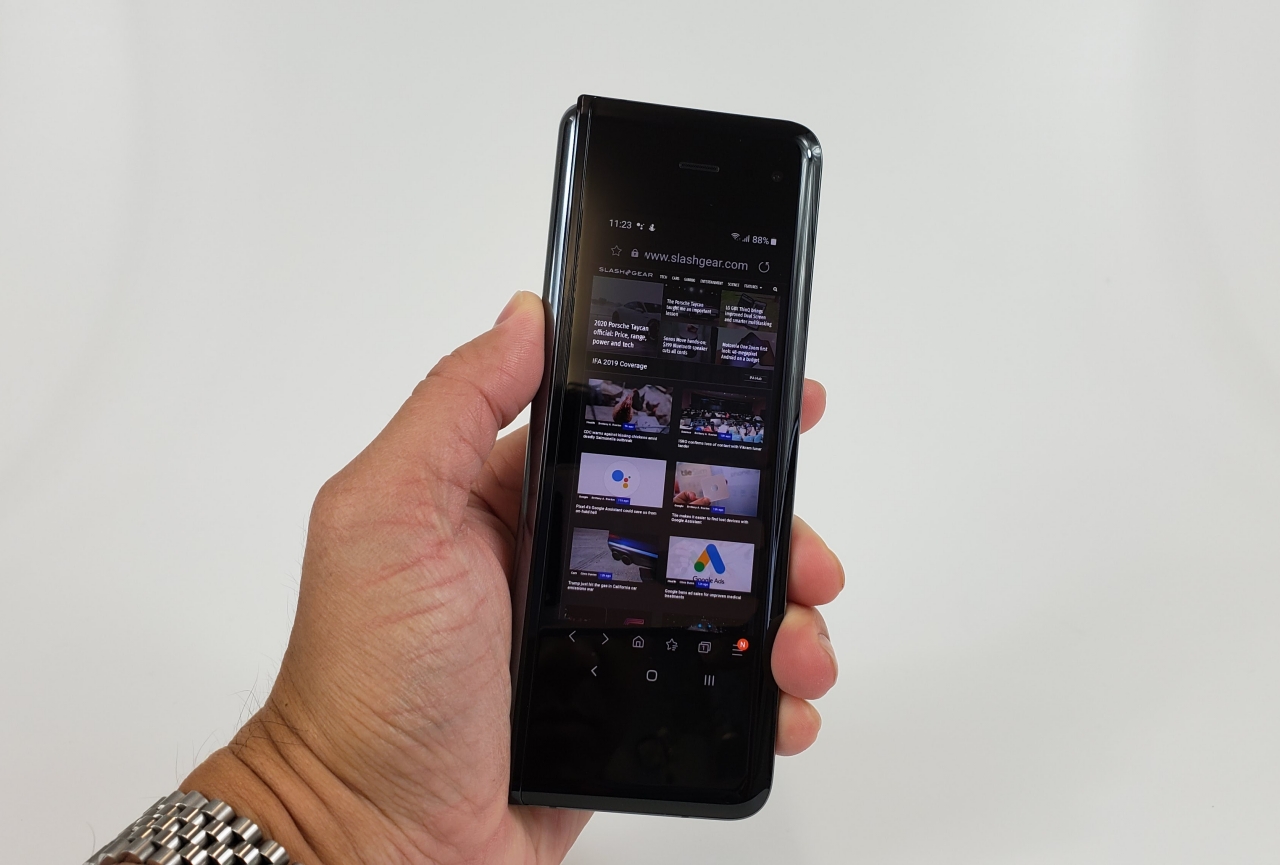 There is actually more than one way to fold, though some would argue that the fourth way is actually cheating. The most popular seems to be based on the image that Samsung planted in our heads in 2013 when it showed off its flexible YOUM screen. To set itself apart, Huawei decided to go in the other direction, literally, with a screen that folded outward. Rumor is that Huawei has made a U-turn for its next foldable phone.

Then came the foldable clamshell, a redundancy if the ever was one, first seen in patents and then in the Motorola Razr and the Galaxy Z Flip. But even before these three, the likes of the Sony Tablet P and the Kyocera Echo presented a different way of thinking, combining two screens into one instead of folding one in half. Disregarding the soon to be gone “outie” and the more eccentric foldable clamshell, we’re practically left with only two rivals in this extremely niche space.

Galaxy Z Fold 2: Try and try until you succeed

The Samsung Galaxy Fold probably comes closest to what people imagine when talking about hi-tech, almost futuristic tablets that can fold down into a smartphone. The first batch was a disaster that Samsung scrambled to fix. This year’s version will mostly be an incremental upgrade in specs and materials but the idea and execution remain the same.

It’s hard to deny the appeal of having a single device that covers both phone and tablet use cases. Although such attempts have been done before as mentioned above, having a single, unbroken screen is far more practical and less distracting than having a very visible line running down the middle. It interacting with content across the screen more seamlessly and leaves the door open for more ways of dividing up content, like in thirds or uneven portions. 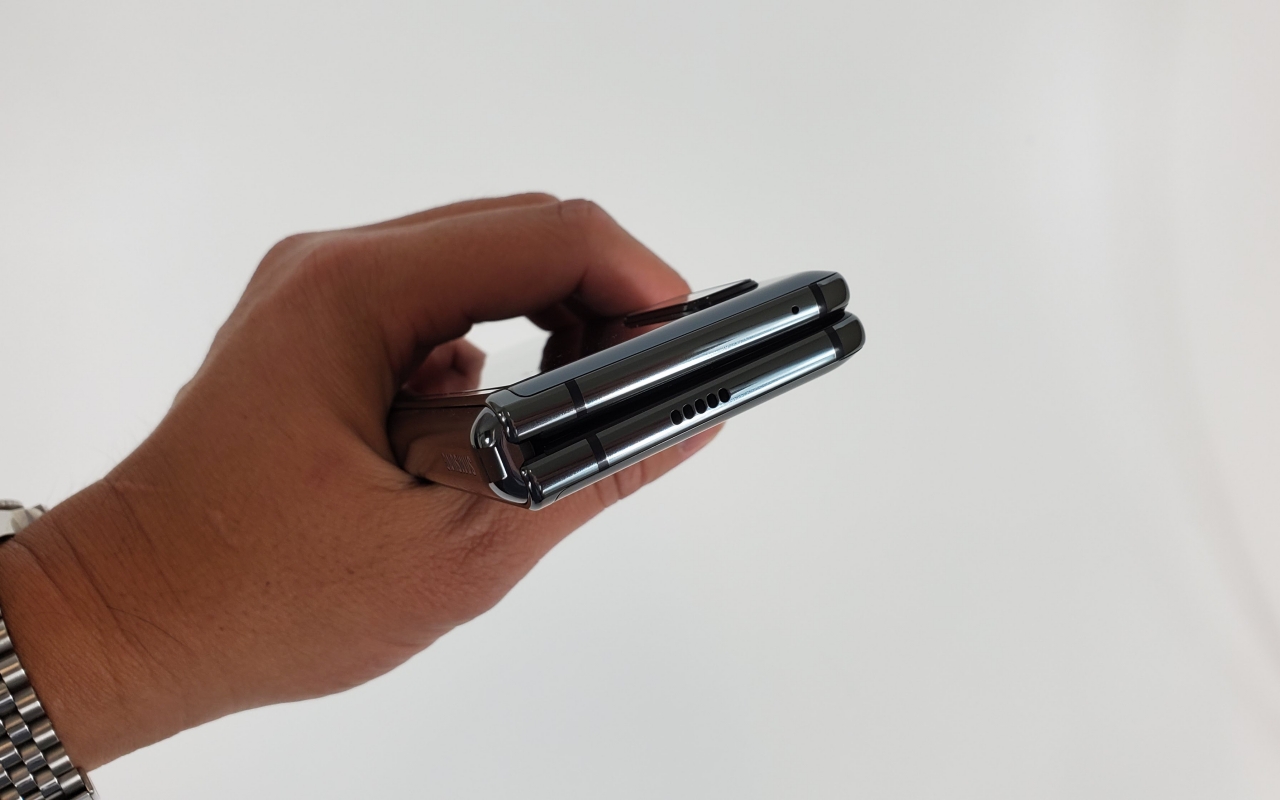 We are still far from the ideal flexible screen, unfortunately, and the very flexibility of that panel is its own weakness. Both Samsung and Motorola have made progress in increasing the durability of the screens but it’s not something you can easily write on with a stylus, for example. Then there is the current limitation of being able to fold only in one direction, requiring either that the screen be on the outside (an “outie”) or having a second screen on the opposite side, naturally increasing the cost.

The Surface Duo’s history actually goes back more than a decade with the Microsoft Courier. It may have been for the best, given how the technology and production of that decade may have insufficient to deliver something remotely decent. The idea behind it is even simpler and is something desktop and laptop computers can already do: making the “desktop” span across two screens. 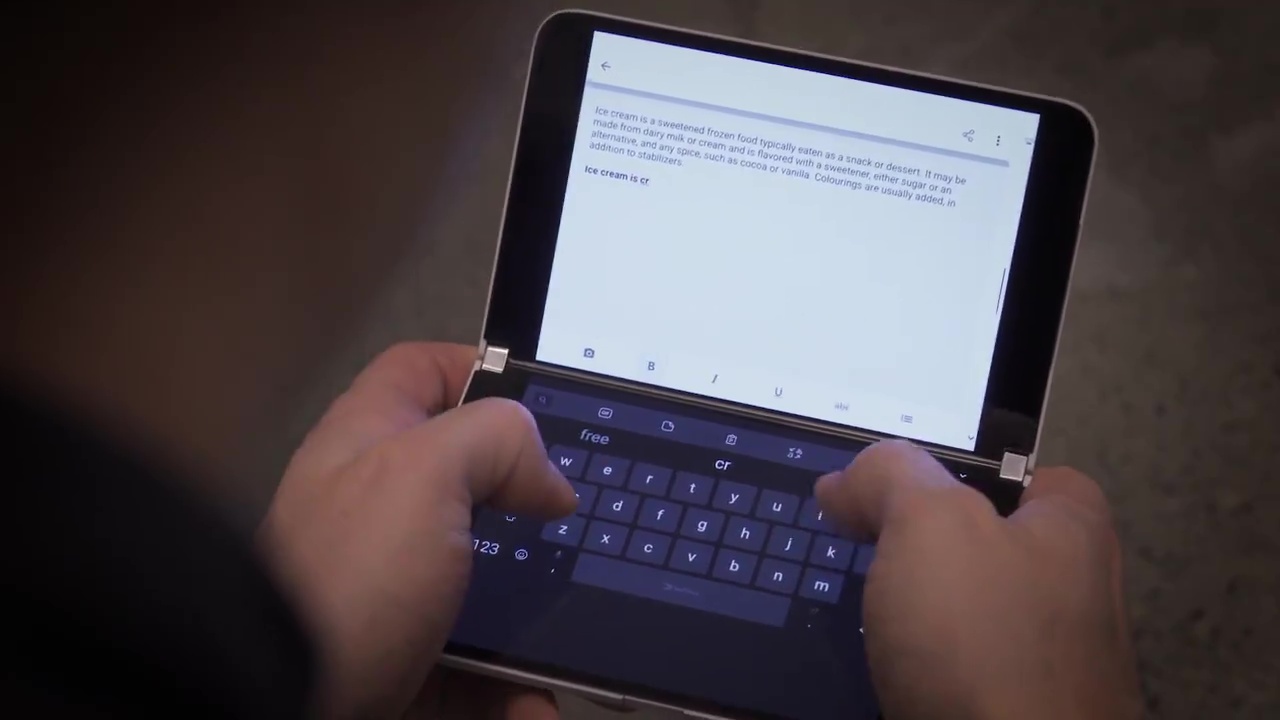 The benefits of such a design lean more on practicality and economy than usability. Most of the magic happens on the software side, allowing Microsoft to use already existing components. You have less to worry about exposure to the elements, curvatures, tension, and bending. The screens can be as solid and durable as any smartphone screen today, allowing worry-free interaction with a stylus. Whether you fold in or fold out is a matter of preference and need, not constraints imposed by fragile materials.

There will be no escaping that seam, regardless of how thin Microsoft makes the bezel there. Even a finger will inevitably get snagged at that junction, much more a stylus tip. Apps have to be written to support the form factor rather than just expanding to take up available space. Otherwise, they will simply look awkward, forcing users to treat each screen as a separate entity rather than a unified space. 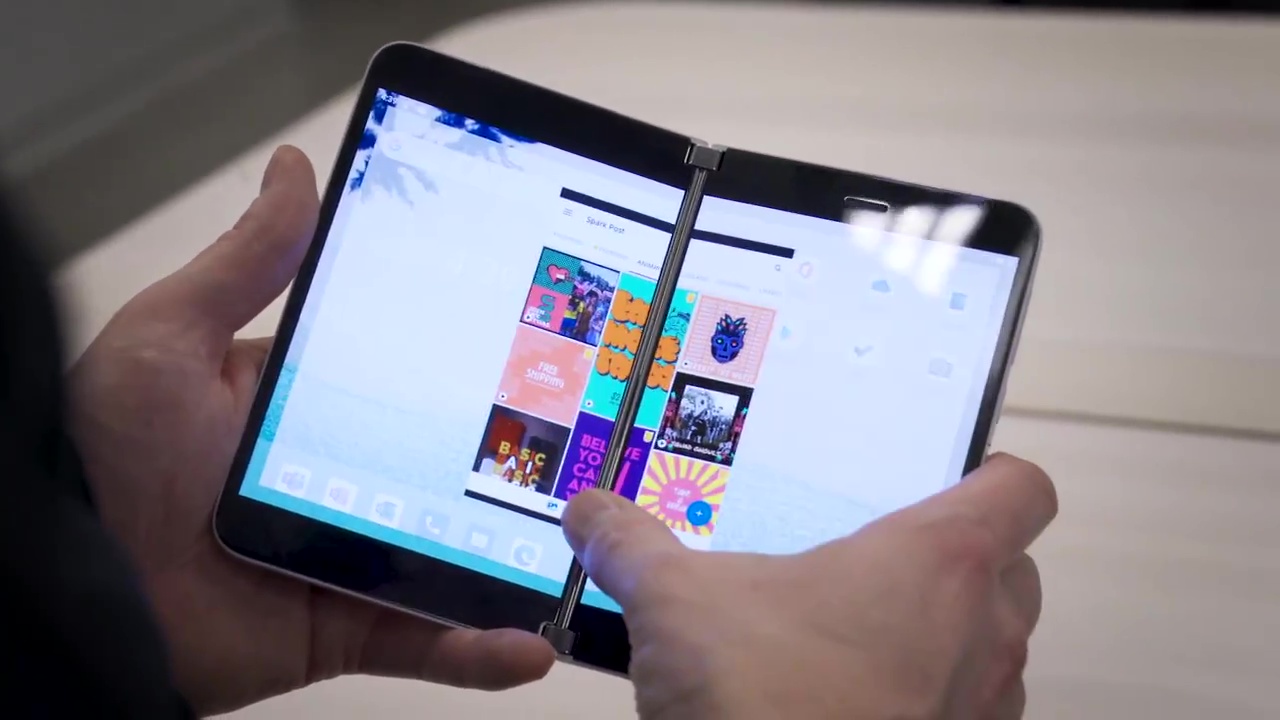 At this point, there are still some missing pieces from both the Galaxy Z Fold 2 and the Surface Duo, especially pricing and availability. It would be too easy to say that the cheaper one will win, especially during this time, but that would only be one of many factors. In the end, the one that will offer the most benefits and most perks will get more attention. 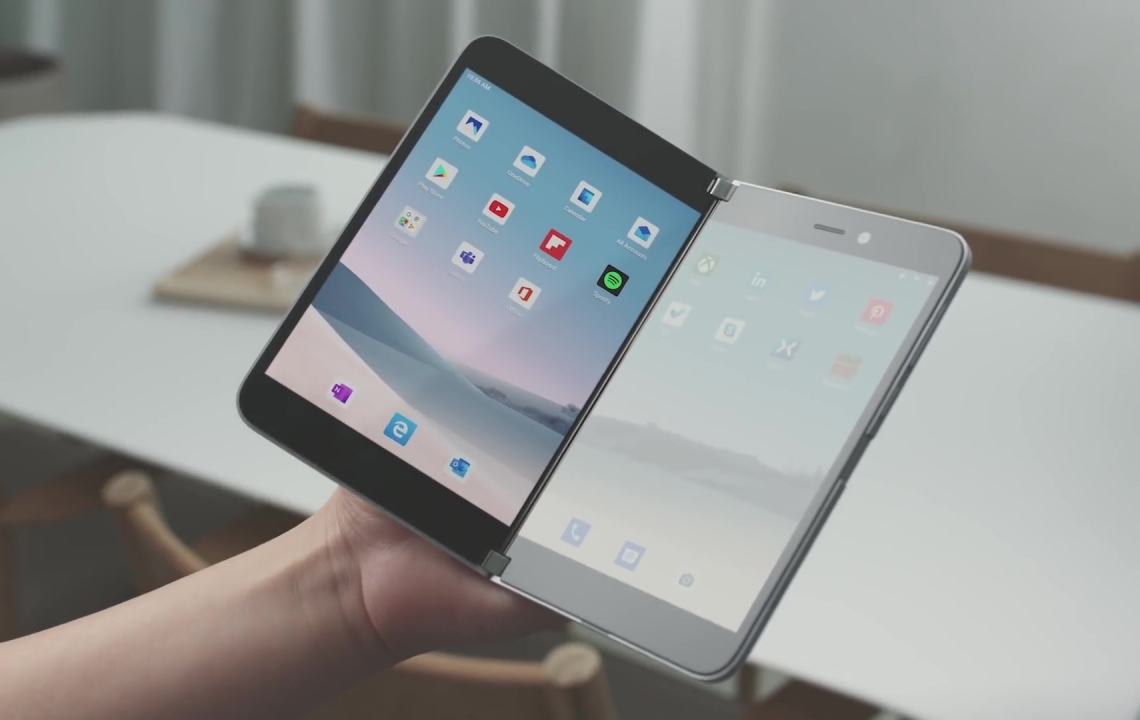 Given what we know at the moment, that could very well be the Surface Duo. Admittedly, the wider screen makes it more cumbersome to use as a phone with one hand and the seam will be a deal-breaker for some. The ability to use it any way you need, with a finger or a stylus and with fewer restrictions and less anxiety, is going to appeal more to users than a glimpse of the future that may come at too high a cost, figuratively and literally.