Smartwatches have been around for years now, and Apple has managed to keep its spot at the top despite the number of Android Wear, now Wear OS, devices in the market. In terms of platform features, the Apple Watch is arguably ahead of the race, but Wear OS isn’t that far behind. Samsung’s new Galaxy Watch 4 series seems to push Google’s wearable platform to new heights, and it is getting a long-delayed feature that, somewhat ironically, still leaves Wear OS one step behind.

Admittedly, it is debatable whether a walkie-talkie feature is actually that notable, but it’s something that the Apple Watch has and Wear OS doesn’t, at least not officially. Introduced back in 2019, it’s pretty much a smartwatch implementation of an old push-to-talk system, allowing users to quickly call another Apple Watch user at a press of a button. There have been questions about whether Wear OS officially needs such a function, and third-party apps have stepped up to fill the need in the meantime.

It seems that Samsung is trying to close the gap with an official Walkie Talkie app of its own. Now available on Google Play Store, the WalkieTalkie Wear OS app works just like the Apple Watch version, requiring that users pair with another smartwatch to establish an instant one-on-one connection. It seems to be able to work without a smartphone, but Samsung recommends using it with a smartphone around at least for the first time. 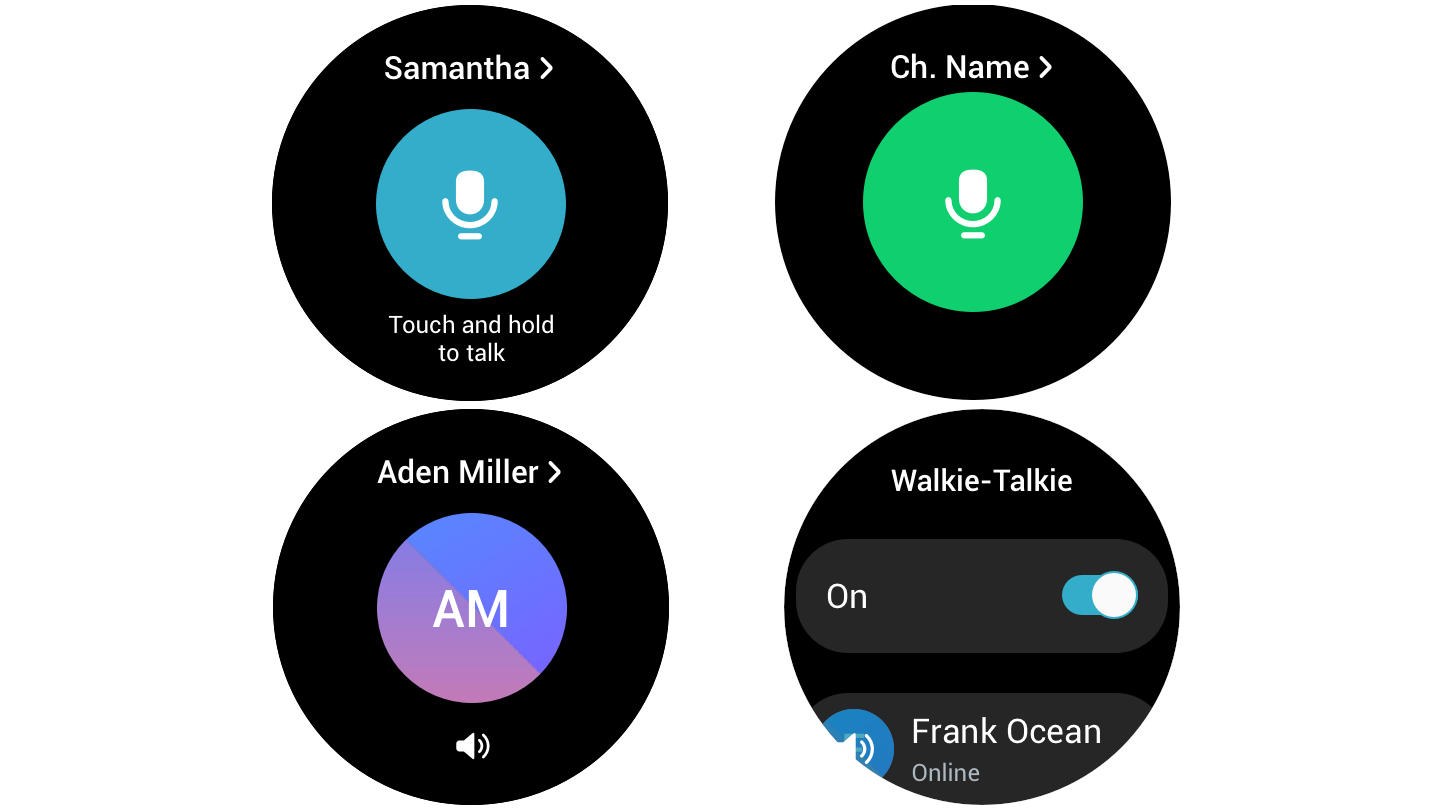 Despite being a Wear OS, the app is noted to be compatible only with the Galaxy Watch 4 and Galaxy Watch 4 Classic. To some extent, this doesn’t exactly bode well for Wear OS in the long run. Wear OS 3 is the first version to support custom user experiences like Samsung’s One UI, paving the way for the same OEM fragmentation seen on Android phones.

Of course, there have always been brand-exclusive apps and watch faces on Wear OS for years now, but the fragmentation is that big, especially when it comes to UIs and aesthetics. It remains to be seen whether this new chapter in Wear OS’ history will change that, but, at least for the time being, things are looking a bit bright for Google’s wearable future.