When Samsung launched the Galaxy Watch 4, it started a new chapter in the company’s wearable story, one that, at long last, embraced Google’s wearable platform. For those used to Samsung’s old ways, however, that might have also been a worrying change since it would have normally meant that the company would be quickly abandoning its older smartwatches. It turns out that those fears may have been unfounded, and Samsung is now announcing that a few key features from the Galaxy Watch 4 are being made available to older models going all the way back to the first Galaxy Watch.

Health has been the key purpose of many smartwatches these days, more than being extensions of their paired smartphones. Not all smartwatches are created equal when it comes to sensors, of course, but not all health-related features require advanced hardware anyway. Some don’t even require hardware at all, just a way to easily see and manage your statistics from your wrist.

For example, Fall Detection only needs the motion sensors present in many smartwatches, and Samsung is making it available to the Galaxy Watch Active 2 and the Galaxy Watch 3. This feature will automatically send an SOS notification to pre-selected contacts when a fall is detected, and you can even set how sensitive it will be to such motions. Strangely enough, you can even set it to detect a fall even when you are standing still. 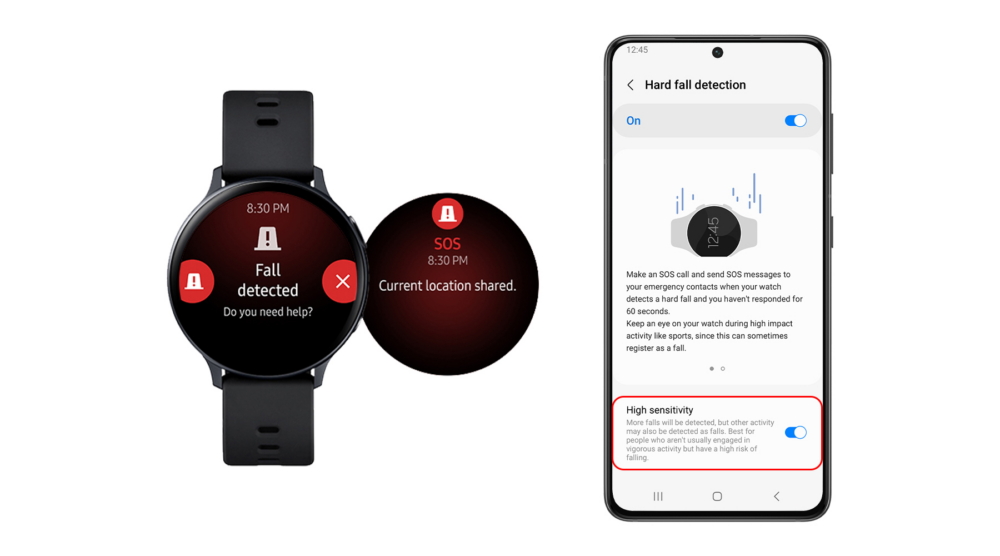 On the other hand, you don’t need sensors to take advantage of the Group Challenge feature that’s rolling out to these older, Tizen-based Samsung smartwatches. It’s a simple way to use your innate competitive streak to motivate family members and friends to break a sweat. It’s the modern-day version of having an accountability partner, one that is also doing the same physical activities as you.

Going beyond health, the upcoming update also brings a bit of personalization to the Galaxy Watch line. Watch faces that launched with the Galaxy Watch 4 are being made available to its predecessors, including animal designs that channel your inner furry.

These updates to Tizen-based Galaxy Watches will vary by region, as usual, and will start with Bluetooth-only models, followed by LTE versions later. Some features will be available only on certain generations and may even be limited by country. Users will also need to check that they have the latest Galaxy Wearable app and the Galaxy Watch plugin, so some features, like the Samsung Health Monitor app, are available only on Samsung’s Galaxy phones.