The date is set for Samsung’s big event and while the Galaxy Note 20 is the obvious center of attraction, it is expected to be joined by no less than three other Galaxy devices. Whether that entourage includes a smartwatch, however, is still unknown but the Galaxy Watch 3 seems to be ready to jump into the spotlight at any moment. It has even stopped by NCC, Taiwan’s FCC equivalent, long enough to give us a glimpse of at least one of two variants for the upcoming wearable.

Although a lot has been leaked about the Galaxy Watch 3, few have included its actual appearance, save for two blurry photos of the watch bodies. Now we’re getting a more complete picture of the watch, its strap, and even its charger. Sadly, it’s only half the story we know so far.

There are two sizes and three colors each expected for the Galaxy Watch 3. This one show in the NCC listing is of the 45mm variety with a silver finish and leather straps. Although just as blurry, it has the telltale signs of a toothed bezel similar to the Galaxy Watch. A variant with a smoothed-out but still rotating bezel is also believed to be available.

The photos also include for the first time the smartwatch’s charger. It’s as small as before, really just a small thick disk the watch can rest on. It’s a bit disappointing that it still uses holdover micro USB and USB-A connectors in this day and age. 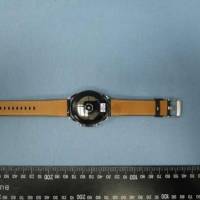 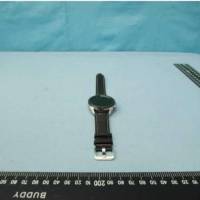 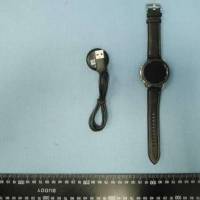 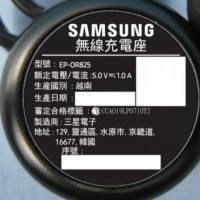 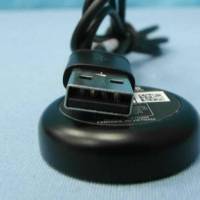 Previous leaks have already pointed to the wide variety of features the Galaxy Watch 3 will have, from the same health sensors that the Galaxy Watch Active 2 has, including ECG and blood pressure monitoring, to new gestures for hands-free control of a paired smartphone. All that’s really left is for Samsung to say when and where it will become available, something it might still do before the Next Galaxy unveiling next month.